Can Poor Sense of Smell Predict Death in Older Adults? 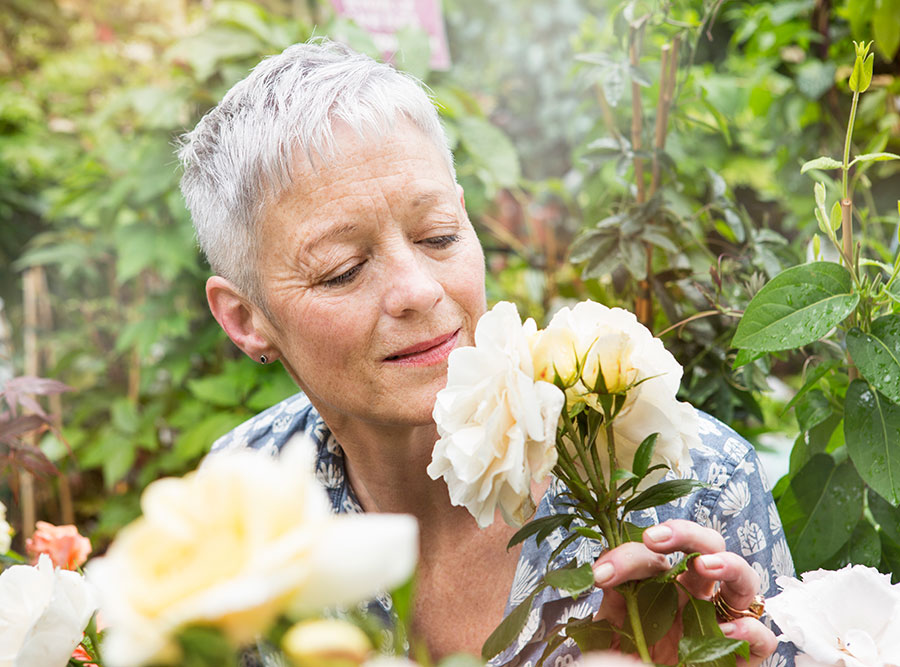 Roses not smelling quite as sweet these days? As you would when experiencing changes in your sight or hearing, talking to your doctor about a dulled sense of smell may be just as or more important.

According to a study published in the Annals of Internal Medicine, a poor sense of smell has been associated with a higher risk of death for people over 70.

Nearly 2,300 adults between the ages of 71 and 82 were tracked as part of a larger health study in two American communities (Memphis, Tenn., and Pittsburgh, Pa).

Previous research has linked diminished smell to neurological disorders including Alzheimer’s disease and Parkinson’s. And as stated in the study summary: “Many older adults have a poor sense of smell, which can affect their appetite, safety and quality of life.”

That smell affects taste may help explain a decrease in appetite as we age — and perhaps weight loss, which researchers attributed to six per cent of the increased risk of death. They attributed another 22 per cent to neurodegenerative diseases. But these conditions — already linked to poor sense of smell — accounted for less than 30 per cent of the overall mortality risk.

What about the other 70 per cent?

He and his team at the Michigan State University will continue looking into what’s behind the unexplained 70 per cent of deaths.

And as for smell tests becoming a part of seniors’ regular checkups, he said, “We need to know what those health consequences are before we can make recommendations.”

Participants completed a Brief Smell Identification Test (BSIT) — smelling and identifying 12 common odours — the results from which determined whether they had good, moderate, or poor sense of smell.

Of course sniffing strong-smelling items several times a day is said to train the nose and brain to detect scents more acutely and help keep the sense strong.

Other tips include: taking brisk walks — exercise heightens sense of smell; eating oysters, which are high in  zinc — a mineral necessary for maintaining smell and taste; quitting smoking; putting on seat belts — even at low speeds, collisions can jar the brain and tear the nerves that connect it to your nose.

RELATED: The Zoomer Philosophy Chapter 22: To Taste, To Smell, To Touch and Not To Yield