The Guts & the Glory: Eat Your Way to Better Health 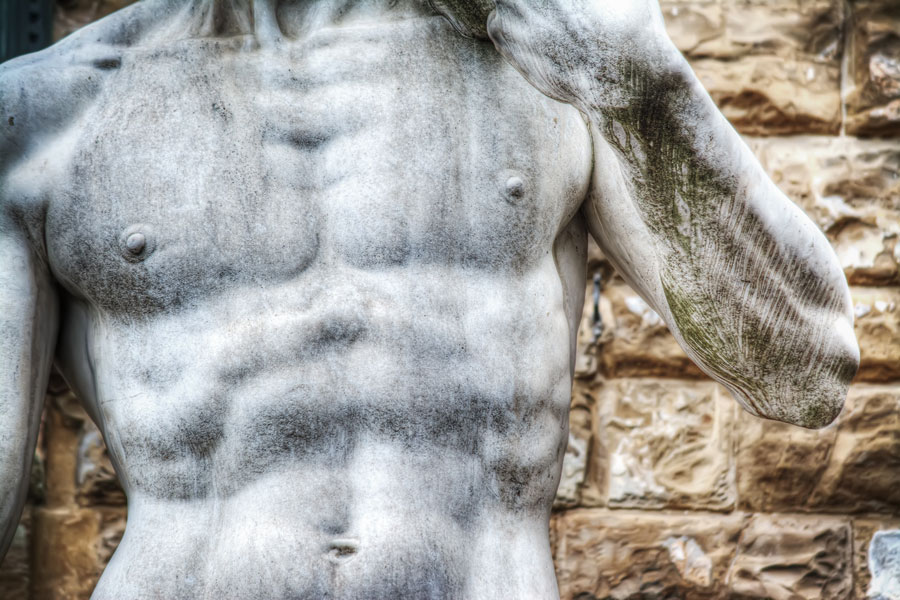 Bacteria and your belly could be the key to better health.

I’m a well-seasoned food, drink and travel writer. After four decades, I’m still loving the gig, though it does have its downside. Over time, stuffing all conceivable edibles (and some unimaginable ones) down my throat has played havoc with my metabolism. Constant time zone changes and continual nights of missed sleep compound the issue.

Post-menopause, my body surrendered and refused to bounce back into shape despite plenty of exercise and watchful eating when I was at home. I put on weight even if I just looked at glass of wine or a dessert spoon, or so it seemed. The gain was slow and relentless until I had packed on 40 pounds over what I had been most of my life.

I knew the solution was not eating less nor more exercise. Those actions may work for others but definitely didn’t for me.

Just when I was at wit’s end, Grayshott Spa in Surrey, England, and the concept of gut health came into my life. I was sent a review copy of the book Gut Gastronomy: Revolutionise Your Eating to Create Great Health, written by the spa’s executive chef Adam Palmer with nutritionist Vicki Edgson. The book stated that extensive research has shown a healthier gut is the route to a healthier life with life-changing effects.

It certainly caught my attention. Gut health has been in the news a lot as more research comes out proving the relationship between a diverse population of microorganisms in the human belly and overall well-being – especially as we age. Prebiotics, probiotics and fermented foods to feed and encourage the flora in the digestive tract are all the rage.

I called a few doctors and found out current clinical research in Canada backs this up. Dr. Emma Allen-Vercoe, professor, department of molecular and cellular biology at the University of Guelph, has been studying the human microbiota and its influence on human health and disease for 10 years. In her lab, she has created a “robogut” model to culture and study the bacteria species in the human gut. She uses it to examine, for example, how diet may be tailored to microbiota to enhance health.

“Two outwardly healthy people could have very different dietary needs, based on the microbes in their bodies,” says Allen-Vercoe. “Precision diets for people is the stuff of the future when science and technology catch up.” (A spin-off project to develop microbial ecosystem therapeutic products is just at the first clinical trial stage.)

Dr. Dana Philpott, professor of immunology at the University of Toronto, has been using mice models to study how the community of gut bacteria impacts the immune system and how this influences diseases like inflammatory bowel disease and obesity. “In the future these microbes will play a pivotal role in how diseases like cancer and heart disease are treated and, in some cases, prevented,” she said.

I decided to sign up for a gut diet vacation at Grayshott, even though I wasn’t yet sure that improved health (and weight loss) would be the spin-off. I wanted my husband, Bill, to join me as he was several months into recovery from surgery for prostate cancer and needed a health boost. It was an easy sell. Gut Gastronomy had 100 recipes to promote gut health, which proved to be also truly delicious when we tried them at home. Thoughts of having a week of those great dishes at the source was motivation enough for Bill, who’s even more of a foodie than I am.

About an hour southwest of London, Grayshott became a health and fitness retreat in 1965, when it attracted celebrities and movie stars such as former James Bond actor, the late Roger Moore. The regimen then was weight loss based on extreme dieting of the 500-calorie-a-day lemon-water-and-lettuce kind. In 2005, the restaurateur and hotelier Simon Lowe purchased the property and was the mastermind behind the change to a wellness focus based on the latest medical discoveries (before selling the property last year).

“Being a spa is no longer recognized as being special. We had to move into the need market as opposed to the want market,” he says.

But the gut heath regimen they offer now was developed only five years ago. Clinical nutritionist Stephanie Moore and director of natural therapeutics Elaine Williams put together this “gut diet” based on their years of studies and experience helping people with diseases of the 21st century, namely cancer, diabetes, heart disease and obesity.

“The gut is the centre of your universe for health,” says Moore. Moore stresses that it’s not a weight-loss program but a health one, based on the microbial bugs in the gut and designed to repair the ecosystem of bacteria that populate our intestines. In fact, the gut health emphasis at Grayshott attracts people with chronic fatigue, heart issues and other serious conditions, sometimes recuperating cancer patients – there are special programs for them that my husband was put on, but more on that later.

Every meal starts with a fermented vegetable and a shot of herbal bitters. I found the food to be generally delicious, especially the soups, despite being entirely sugar-, dairy-, gluten- and grain-free. The diet is somewhat akin to the paleo diet. In the paleo diet, if a caveman couldn’t eat it, neither can you. This means eating anything man could hunt or find – meats, fish, nuts, leafy greens, vegetables, fruits and seeds. No processed foods such as pasta, cereal, candy, margarine and breads. Probiotic supplements were also offered at lunch.

Our week started with health assessments, which included blood work to assess cholesterol levels, fasting blood sugar, liver function and other health indicators. We also had a body composition analysis done by a machine that shows where fat and muscle mass is distributed in the body. (Even before we arrived, we received a call from a health consultant to discuss our stay and medical histories.) Participants on the Grayshott regime lose an average of seven pounds a week and notice a reduction in bloating, but that’s just a bonus and not the aim. Even more important, diabetes often goes into remission, bad cholesterol levels and blood sugar drop and depression can be lifted.

Grayshott does not make medical claims, but these results have been seen many times with participants. Regarding special needs, the spa would modify the general program, based on the individual health assessments. For example, 13 people were on the program while we were there. One needed to gain weight, not lose it, so she was given bigger food portions and was not allowed to do the fasting nights (she got a meal instead of broth).

Outside of the diet but complementary to it, abdominal massages to improve digestion, hydrotherapy baths to help with pain and promote healing and castor oil compresses to help detox the liver were also included in the treatment. (Other more “enjoyable” spa treatments are available as an add-on.)

For Bill, however, he wasn’t allowed water jet baths, as Grayshott believed them to be too stimulating, as were lymphatic treatments, which have the potential to move fluids that may have been affected by cancer through the body – even though, for healthy people, they’re also key to our body’s ability to boost immunity, detoxify, drain fluids and act as a filter while removing toxins. Instead, Bill was offered more massages that were modified to be gentler and avoid the area of the surgery.

After a week, I was slimmer by 10 pounds (a bonus side effect), healthier and more informed on how to live right. Bill’s blood sugar and cholesterol dropped from high to normal. He even stopped taking statin drugs for the latter condition upon return to Canada once his doctor approved.

The Grayshott plan is a 21-day plan (but they will take participants for a minimum of seven days, which we did), after which you can ease up on some of the more strict aspects of it – such as a ban on coffee, wine and spirits and artificial sweeteners during the plan and limited amounts after that. Going forward, to maintain the benefits, animal fat is good, as are olive oil and coconut oil, but not highly processed canola and corn oils. Two days a week are fasting days – no breakfast, a good filling lunch that follows the diet and only animal or vegetable (for vegans) broth for dinner. The idea is to give your gut a rest twice a week. Grayshott suggests repeating the plan on a bi-annual or quarterly basis for maximum impact.

We went home with handouts about the principles of low glycemic-high fibre eating, high-intensity short-interval exercise – also known as the popular fitness trend HIIT – and intermittent fasting (all Grayshott recommendations for long-term health).

My husband and I try our best to stay on track and resist the urge of old habits. I haven’t gained back any of the weight I lost but I haven’t lost any more. We do slip, but now going with our gut feeling is a healthier one. www.grayshottspa.com

The diversity of microbiota decreases as we age. Preliminary research indicates that increasing the diversity could reduce the inflammation associated with age and perk up the natural decline in immunity. “It’s called precision, personalized medicine,” says Dr. Dana Philpott, citing the future likelihood of taking the genetic map of a person and overlaying their microbiome to find the way cure a disease.

We do know right now that bacterial diversity is important to overall health. Antibiotics can wipe out the gut bacteria and damage the cells lining the gut.

Here are steps we can take to bring back or maintain gut microbiota diversity.