New Study: You May Not Need 10,000 Steps a Day to Boost Longevity 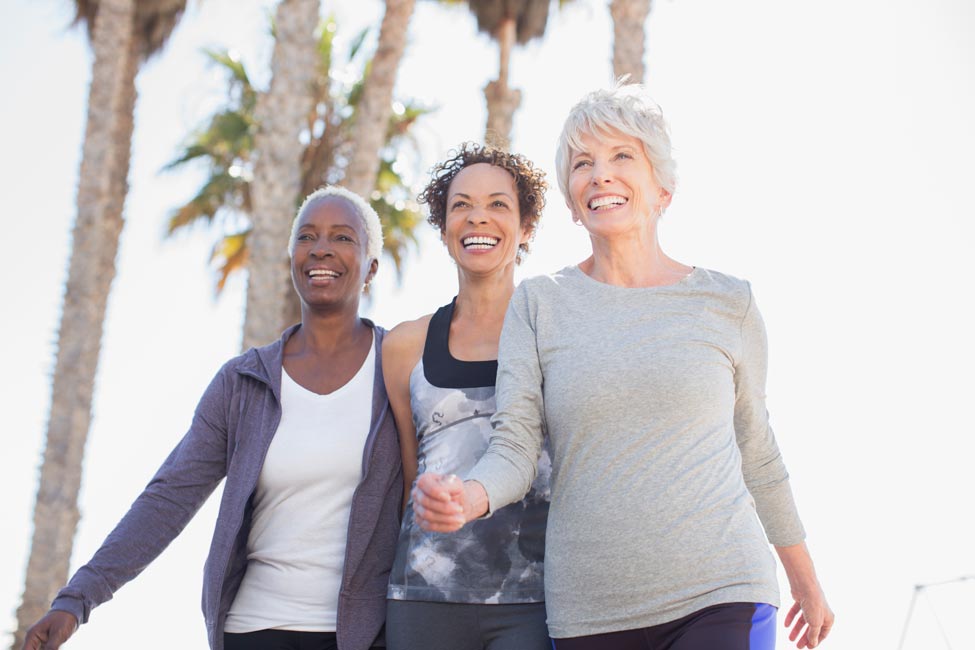 Now that’s the kind of health news we love!

Most fitness advice and activity trackers recommend 10,000 steps a day.

But a new study reports that among older women with an average age of 72, taking as few as 4,400 steps per day was significantly associated with lower risk of death compared to taking 2,700 steps per day.

Risk of death continued to decrease with more steps taken but leveled off at around 7,500 steps per day.

“Taking 10,000 steps a day can sound daunting,” said I-Min Lee, an epidemiologist at Brigham and Women’s Hospital in Boston. “But we find that even a modest increase in steps taken is tied to significantly lower mortality in older women.”

According to previous studies, the average number of steps taken by people in the U.S. is between 4,000 and 5,000 per day. The origin of the 10,000-step goal may go back to 1965, when a Japanese company began marketing a pedometer called Manpo-kei, which translates to “10,000 steps meter.”

To conduct their study, Lee and her team analyzed 16,741 women who wore a research grade accelerometer device on their hips.

Researchers also found that for women who walked the same number of steps per day, how fast or slow they walked was not associated with risk of death.

Because the study was observational, it could not definitively differentiate between “do more steps lower mortality?” or “do women in better health step more?”

However, the research team did exclude women with heart disease, cancer, diabetes and less than excellent or good self-rated health.

“Our work continues to make the case for the importance of physical activity,” said Lee. “Clearly, even a modest number of steps was related to lower mortality rate among these older women. We hope these findings provide encouragement for individuals for whom 10,000 steps a day may seem unattainable.”

The results were presented today at the American College of Sports Medicine Annual Meeting and published simultaneously in JAMA Internal Medicine.

Exercise Can Help to Prevent Falls in Older Adults