Introducing Technology That Is Bringing Meditation Into the 21st Century 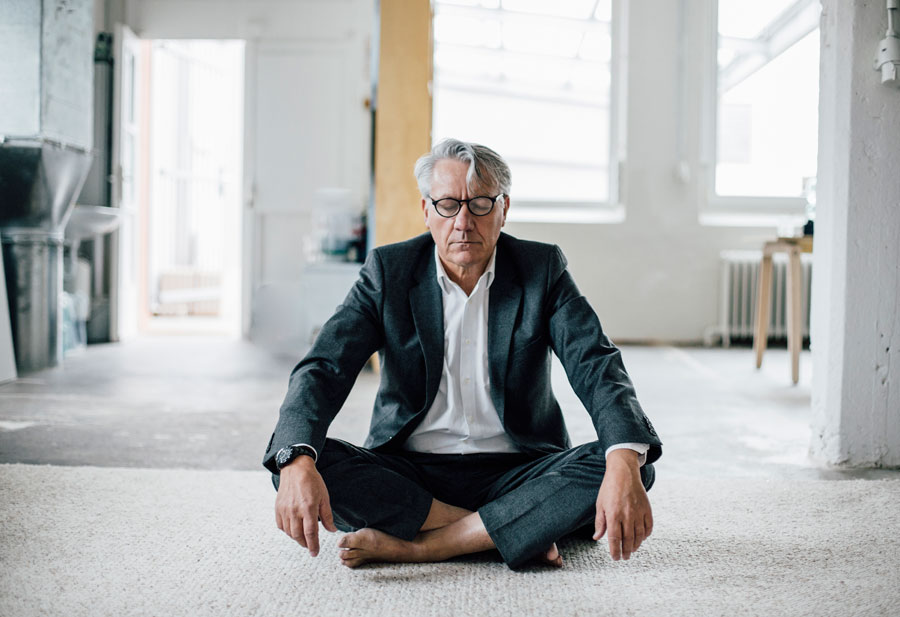 Having trouble meditating? The tech industry might have what you need to ground yourself in the present.

What does it say about us as a society when a guided meditation app is ranked, according to Apple, highest in the health and wellness category? Yes, a meditation app. It’s called Calm, and it has nothing to do with counting calories, steps or pounds lost. And Headspace, its Brit predecessor, has had a reported 11M downloads since debuting in 2010. Heady stuff? Or just where our heads are at now?

Mindfulness is a buzzword of the millennium but, considering being in the moment can be traced back to Hindu traditions in India circa 1500 BC, followed by Taoists and Buddhists and the meditation halls of Japan making it part of everyday life, we’ve had plenty of time to adopt the practice.

And adopt we have, as boomers in the West were awakened to it by, among other influences, Jack Kerouac’s Dharma Bums Buddhist exploration in the ’50s and the Beatles tripping to India and Omming out with the Maharishi Mahesh Yogi in the ’60s, to Deepak Chopra building his wellness centre upon its principles in the ’90s to Oprah, Clint Eastwood, Madonna and Jerry Seinfeld among today’s devotees.

But beyond “everybody’s doing it,” there’s good reason. Sean Finnell, co-founder of Toronto’s new Mindset brain gym, says the neuroscience behind the benefits of meditation can’t be ignored. “[They’re] doing MRI scans of people’s brains and seeing increased cortical thickness in the prefrontal cortex and a few other areas, which is actually what you see thin out in older adults,” he says, citing a Harvard Medical School study of meditation’s affect on the aging mind.

A marketing professional by day, Finnell also holds a certificate in applied mindfulness meditation from the University of Toronto School of Continuing Studies. Instructor-led classes cover everything from basic focus training to improving memory and decision-making to reducing stress and anxiety. Even those looking to sleep better can pop in for evening classes designed to quiet the mind for bed. Finnell has also partnered with Muse, a Canadian company that makes brain activity-tracking headbands designed to enhance meditation.

Consonant, the Canadian award-winning natural skin-care company that believes “what goes on your body goes in your body,” has just opened its flagship on Toronto’s Queen Street West, geared for shoppers seeking a holistic lifestyle. Yes, there are shelves and samples of creams and concoctions but, along with that, treatments and health and wellness programming are offered. As are mindfulness classes, complete with the opportunity to also take a focused breather utilizing the Muse headbands.

“All in your head, that’s our motto,” Finnell says. “We’re flipping that dismissive phrase on its head. It is all in your head; your ability to really affect your performance, lower your stress and more just with something as simple as meditation.”

And if you’re not in Toronto, luckily, there’s an app or a headband for that. www.mindsetbraingym.com; consonantskincare.com; www.choosemuse.com