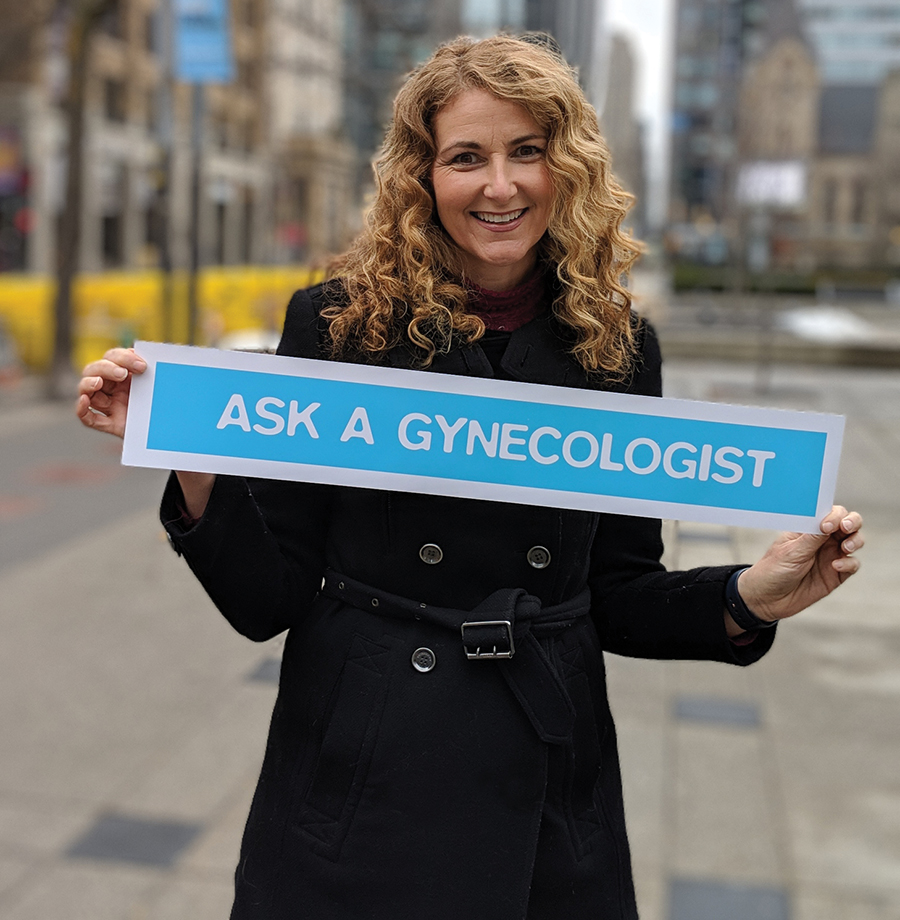 What exactly is going on down there? A new book takes an intensively science-based yet readable approach to women’s reproductive health

Among the things Dr. Jen Gunter wants you to know is that your vagina, if you have one, is most likely just dandy as it is, thank you very much (“It’s self-cleaning”) and that “menopause is nothing to be afraid of. We didn’t have estrogen as children and we were perfectly fine. It’s just puberty in reverse.”

The San Francisco-based obstetrician-gynecologist from Winnipeg, above, got her MD degree at the University of Manitoba and did her ob-gyn training at the University of Western Ontario. But her notoriety came when she openly took an opposing view to Gwyneth Paltrow and the celebrity’s lifestyle website, Goop. When advice popped up about inserting jade into the vagina to get rid of negative energy, Gunter couldn’t stay quiet.

“It doesn’t bother me how people know me,” she says. “And I’m completely unbothered by Goop and Paltrow. What bothers me is celebrities grifting off of their genetic privilege. And doctors and medical students promoting medical products.”

After almost 30 years in practice, Gunter’s become a media sensation in her own right, with more than 182,000 Twitter followers (and almost as many tweets), an active blog, columns in the New York Times, a podcast in the works, a just-published second book, The Vagina Bible (her first, The Preemie Primer, is a guide for parents of babies born prematurely), and a contract for another book, The Menopause Manifesto. And her CBC show Jensplaining began streaming Aug. 23 with 10 episodes. “Menopause, periods, puberty, vaccines, vaginas, beauty — I want people to have factual information.”

“The people most diminished in our society are menopausal women,” she says. Gunter, 53, says she experienced horrible hot flashes during menopause and has a family history of osteoporosis. She takes estrogen but says it should be an individual decision, with each woman weighing the risks and benefits. “We should be given the information and then make choices that work for us.” And that applies to everything concerning women’s bodies.

Gunter wrote the fact-based, scientifically informed but also improbably entertaining The Vagina Bible because “there is so much misinformation out there. Keeping women uninformed about their bodies is a tool of the patriarchy. I felt this urgency, just like I’d have an ethical duty if I saw someone bleeding at the side of the road.”

The book is chatty, with a girlfriend tone, but chock full of everything you want and need to know about what’s going on “down there,” from vulvar itch to how many contractions are typical during an orgasm (the range is between three and 15 with the whole thing lasting five to 60 seconds). Also, some things you don’t want to have to know about: genital ulcers, bacterial vaginosis, painful sex and more.

She’s also included a chapter on a hot-button topic: cannabis. “I’m always wary when there’s hype,” she says about her hesitation to recommend it. “If you want to use it recreationally, you do what you want with your body. The science will hopefully be forthcoming and nothing is a miracle cure.”

Gunter is a firm believer in transparency about everything, including herself. Twice divorced, with twin 15-year-old sons who were born severely premature but are now doing great, she ended a seven-year relationship at the end of last year and “went on all the dating apps. I had 25 horrible first dates and a couple of nice ones.”

Oh, and she also wants you to know, if you read The Vagina Bible, that she doesn’t wax her labia majora (she trims) and that she uses Old Spice deodorant for men.

“I love the smell,” she explains. “It’s super cheap and it’s me telling myself I’m a badass lady pirate every morning.”

A version of this article appeared in the September/October 2019 issue with the headline, “The Feminist Mystique,” p. 30-32.