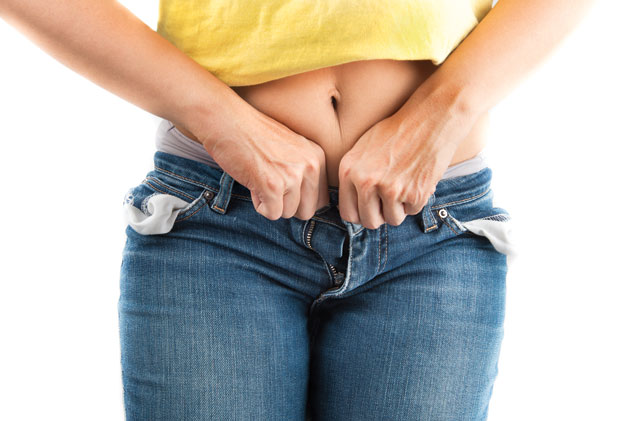 The trade-off between eating right and exercise shifts as we age. So what is the new correct balance of self-denial at the table and self-punishment on the treadmill?

Once again, Oprah is ahead of the curve. Or curves, in this case. When the then 62-year-old mogul announced that she had lost 40 pounds on Weight Watchers (she holds a stake in the company and is its spokesperson), she was openly advocating the idea of moderation. She also simultaneously saved the world from gluten-shunners, as her slogan “I love bread!” went viral, and share values of the once-floundering company shot up.

This sensible approach to weight loss comes from the same woman who in 1988 carted 67 pounds of animal fat onstage to graphically demonstrate what she lost on a liquid diet, which messed up her metabolism, and she gained it all back. Looking back from her mellower, wiser perch today, she views that youthful stunt as “one of the worst mistakes” of her professional life, a showy fit of ego.

As we age, we gain weight, a function of our changing metabolic needs. We also lose muscle mass. And after 40, each decade seems to bring more baggage around the midsection. And baggage that is harder to lose: what we used to do to maintain our weight in our youth is no longer effective. So what is the new correct balance of self-denial at the table and self-punishment on the treadmill to get us back to our youthful svelte selves?

The past few decades have favoured extreme fixes. Back in the day, same as now, Oprah has always embodied the prevailing ethos. Oh, the yo-yo of fad diets—South Beach! Atkins! Miracle cabbage soup! Mediterranean! Paleo!—we have embraced as the latest greatest magic bullet. At the gym, Oprah was also known for her Type A approach, running marathons and sharing the gory details of her workouts; she brought the boot-camp concept into our collective consciousness. So what are we to make of modern Oprah now embracing the simple goal of taking 10,000 steps each day and getting some fresh air while doing it?

In a study released by McMaster University, Dr. Russell de Souza of the department of clinical epidemiology and biostatistics concluded that improving your diet is indeed more effective than exercising in losing weight as we age.

But he adds that the real secret is “patience and persistence” and that just like with the planet and the economy, the goal here is sustainability, and that means the best approach is a balanced combo of diet and exercise. “It took some time to put on those pounds and it’s going to take some time to take them off in a way that’s healthy and will keep them off!” he says on the university’s blog.

But exercise is for more than just heart health (and prevention of some cancers, diabetes, osteoporosis and all manner of obstacles). After age 30, our basic physical composition changes in two not-good ways: one, we begin to lose lean body mass (muscles and bones) and simultaneously we gain fat mass as more fat gets stored (and redistributed) around the midsection. This is further compounded by the after-effects of yo-yo dieting, in which the weight we have lost (a combination fat and muscle) can be regained as just fat. Seriously, picture a cross-sectional MRI of your thigh going from lean and red tissue to gobs of gucky white fat deposits. This picture actually exists, showing the overwhelmingly preferable thigh of an elite triathlete at 70 versus a couch potato of the same age. It also went viral here.

“That picture is the most compelling thing I’ve seen since I started in medicine,” says Dr. David Greenberg, a family practitioner in Toronto who loves to show his middle-aged and older patients the thigh MRIs to reinforce that what is inside your skin is more important than your clothing size on top of it. “If you watch the Super Bowl, you’ll see guys who weigh 300 pounds and you’d kill to be in the shape they’re in.”

Some restriction is obviously necessary to lose weight, he says, but the approach should be cutting 20 or 30 per cent off the total calorie load of a balanced diet over the long term. “When you get to a certain age, if you lose weight by caloric restriction alone, you lose muscle and fat proportionally. But that is only the first part of the problem: say you are 180 pounds and you shrink down to 160; you have lost 20 pounds of muscle and fat. If you put the 20 pounds back on, you’re actually “fatter” than you were the first time.”

The key to keeping bones strong – and to losing weight…

Strength training is the key to keeping bones strong, and to losing weight, Greenberg says, because the more lean muscle you have, the more you burn calories both in action and at rest. It is like a diet booster. A fan of the tortoise in this race, Greenberg says not to set outrageous goals: “If you want to lose 30 pounds, lose one pound 30 times or you are setting yourself up for failure.”

There is a commonly held belief that you can’t gain muscle mass after age 60. Researchers at the University of Alabama recently debunked that myth, proving that, with weight training, study subjects in their 60s and 70s developed muscles comparable to a 40-year-old. It is just the process that is different: older adults who remain sedentary, according to the study, will lose 30 to 40 per cent of the number of fibres in their muscles by age 80. Further fibres “shrink and atrophy.” So what you are actually doing with strength training after 60 is revitalizing and growing those shrunk and atrophied fibres. But, as he says, “Who cares?” Muscles are muscles and adding to them will make not just your body tighter and slimmer but they become an engine to help you burn more calories both at work and at rest.

“Muscle is trainable at any age,” says Daniel Moore, an assistant professor at the department of kinesiology and physical education at the University of Toronto. “We are less responsive to exercise when we are older than when we are young. But even the oldest old, in their 10th decade, can benefit from proper exercise. As we get older, we tend to move less, and our metabolism naturally slows down.”

He adds something that anyone over 40 will nod their head to: “There is no tipping point. It just sort of sneaks up on you.”

We love Oprah because, despite her unfathomable fame, wealth and power, she is fearlessly vulnerable. That liquid diet so emblematic of the late 1980s was not so smart when it led to 30 more years of scale drama.

But she is leading us in the right direction this time, out of the flashy fads of youth and into the long, slow, sensible path that is supposed to emerge as we pile up a little wisdom with the birthday candle count. Moderate, holistic behavioural changes in both diet and exercise are the way to be slim and healthy. And bread is still included.