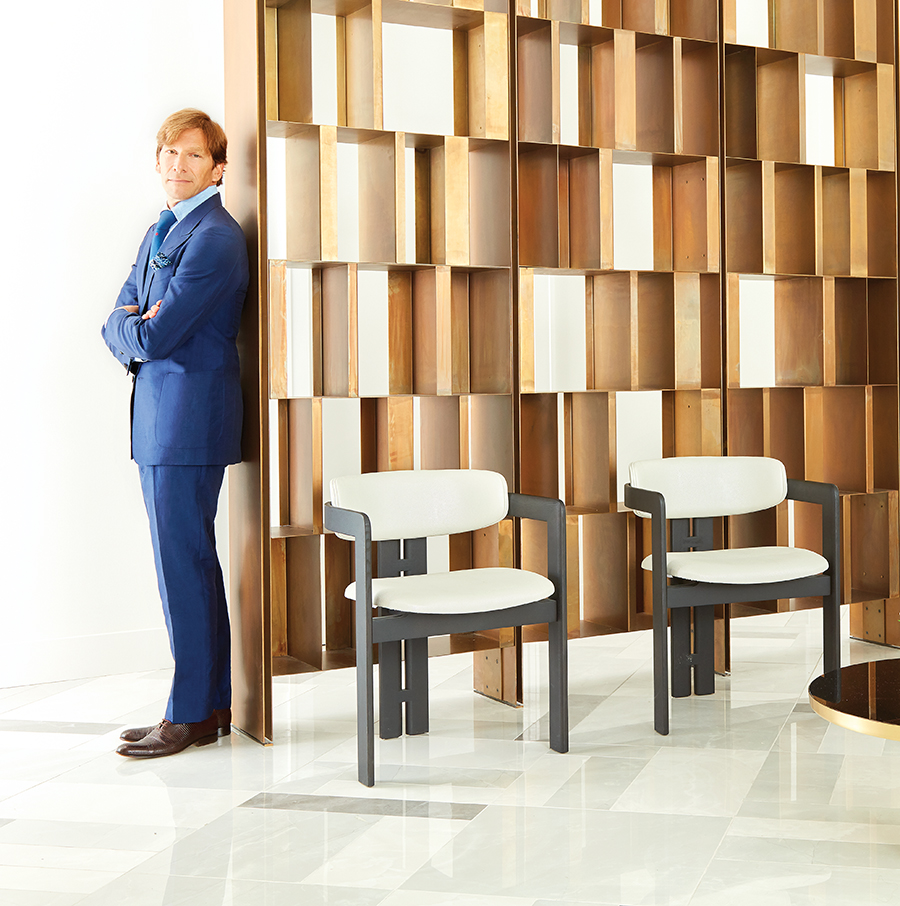 The vanguard of youth-boosting takes the full-spectrum approach

Dramatic marble as far as the eye can see, herringbone flooring anchored by a sculptural bronze screen — Dr. Trevor Born’s new med-spa in Toronto’s Yorkville neighbourhood has, er, gotten a facelift, to say the least.

The renowned cosmetic plastic surgeon — who practises out of New York City as well and has been performing nips, tucks and cosmetic “tweakments” since 1996 — has this summer opened a new 2,800-square foot facility that will begin offering noninvasive esthetic procedures along with regenerative medicine under one roof. Called the Institute of Human Mechanics, the concept clinic is a collaboration between Born and Dr. Anthony Galea, with more doctors to be announced.

Galea was one of the first to use platelet-rich plasma therapy to treat pro athletes like Tiger Woods and Alex Rodriguez a decade ago. Now, the Canadian sports doctor is applying those protocols to joints that degenerate with age. PRP, as it’s known, is a process by which vials of a patient’s blood are spun through a centrifuge to isolate platelets — cell fragments responsible for clotting. Concentrated platelets containing essential growth factors are then injected into the patient’s injured tissue to help boost reparative cells, with applications that have expanded well past sports therapy.

“Of course, you can’t stop aging,” notes Born. “But we can certainly help people move gracefully forward with better mechanics as well as better external esthetics.”

It’s all part of the latest holistic approach to aging, treating clients from the inside and out — except we’re not talking about healthy eating. In this new era of physician-guided age management, state-of-the-art procedures can include PRP injections, hormone replacement therapy or stem cell therapy targeting osteoarthritic knees and hips and sexual dysfunction as well as facial rejuvenation — all without surgery.

Born is on-trend. Earlier this year, Dr. Richard Gaines founded LifeGaines Medical and Aesthetics Center in Boca Raton, Fla. The guiding principle assumes that the effects of aging can be greatly reduced through preventive self-healing methods. And it flies in the face of conventional medicine that suppresses symptoms without treating the underlying cause. Human growth hormone therapy (HGH), believed to impact cardiac, sexual, mental and skin health, is this clinic’s main raison d’être. However, plenty of esthetic treatments dot the menu. Hence, your personalized prescription plan could include, for example, human growth hormone injections to help address loss of muscle or bone density, body contouring to shed a few inches via laser and, heck, a little lip filler for a confidence boost.

The idea isn’t entirely new. The Age Management Institute, with locations in Calgary and Canmore, B.C., was founded back in 2008 by Dr. Lizette Lourens, who practises bio-identical hormone replacement therapy as well as traditional medical cosmetic esthetics and weight-loss programs, in one clinic. She was the first physician in Calgary to incorporate Selphyl treatments, a brand name of the aforementioned PRP therapy associated with the Vampire Facelift, in which your own blood platelets are injected to naturally increase volume in the skin.

Indeed, PRP therapies, used for both health and cosmetic reasons, are on the rise. The global PRP market is estimated to increase 12 per cent from 2018 to a total US$543.5 million by 2026. Market research experts credit a surge in the amount of orthopedic surgeries, sports injuries and cosmetic surgeries for the major uptick — with the area of cosmetic enhancements said to hold the highest potential for growth.

Back at the Institute of Human Mechanics, you might say the team has PRP therapies down to a science. For one, Galea is credited with developing a patented, next generation of platelet-rich plasma called CytoRich.

“It is unique in the standpoint that we’re using only the signals from the platelets and not using the platelets to deliver the therapy,” says Born. “That’s a big differentiation.” Enriched with an anti-inflammatory component, it’s said to be both more potent and less painful than existing PRP injections. By design, CytoRich will be at the centre of both esthetic and regenerative treatments at the clinic.

PRP, HGH — these acronyms have proved controversial over the past decade as Health Canada and the FDA rush to keep up with the blossoming industry. Some clinical studies suggest impressive efficacy, while others imply a placebo effect, and others still point to safety concerns.

In May of this year, Health Canada released a position paper stating that the majority of autologous cell therapies (derived from the same individual) haven’t undergone sufficient research to prove that they are indeed safe or effective but could do so in future. The regulatory body then ordered more than three dozen clinics in B.C., Alberta, Ontario and Quebec to cease offering stem cell therapies, and PRP therapies advertised to treat conditions such as hair loss and skin rejuvenation were swept up in the wash.

According to Born, CytoRich and the associated therapies offered at the new IHM clinic have been vigorously studied and approved by Health Canada. It should be noted that Galea himself was at the centre of controversy in 2017, when his licence was revoked for nine months over issues related to importing unapproved drugs into the U.S. 10 years ago. However, the quality of Galea’s clinical care was never at issue, noted Ontario’s medical regulator at the time.

A statement from Galea’s office says, “Dr. Galea’s focus is to continue his research and share his extraordinary knowledge of tissue regeneration and sports medicine to benefit not only his patients but the global medical community.”

The upshot with these ultra-modern options is that many are keen to try something new. “Every day in my office, I have people come in who want to have their external contour changed to [meet] the way they feel,” says Born. “And at the same time, the aging population has ongoing issues with regards to their body — the mechanics.” The combination of the two disciplines, then, might seem perfectly natural. “If you want, you can have a very pretty face,” says the physician. “But if you can’t walk properly, then that’s not going to help you a lot.”

A version of this article appeared in the September/October 2019 issue with the headline, “The Interventionist,” p. 66-68.