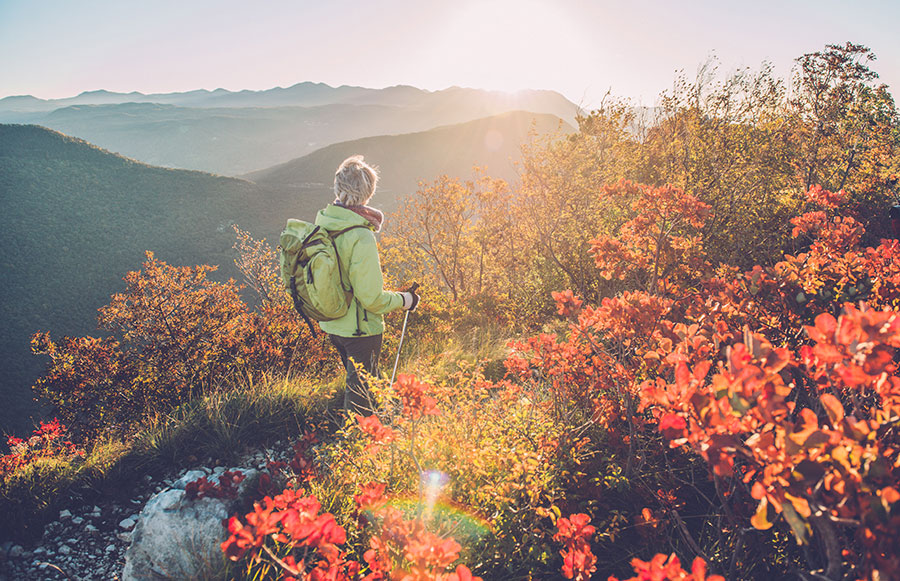 David A. Sinclair isn’t suggesting we can live forever, but he is confident we can live longer and healthier. That’s the takeaway from his book, Lifespan: Why We Age—and Why We Don’t Have To, which hit shelves in September.

The secret, Sinclair says, is something he calls “health span.”

“It just turns out that if you’re not sick, or you don’t have a disease of aging, you don’t die. … You have what we call an increased health span. And if you extend health span, you automatically get a longer lifespan.”

A geneticist and professor at Harvard Medical School, Sinclair, who is now 50, first gained notoriety back in 2003 with the discovery of resveratrol, an antioxidant produced by plants to protect against injury and pathogens. It can be found in foods like grapes, blueberries and cocoa, and, when consumed, has been proven to slow aging by activating or own survival defences — more on that later.

Sinclair talked to Zoomer about the book, about what we can do right now to extend lifespan and, one day, being able to turn back the clock on aging.

Tara Losinski: As I read the book I kept thinking “no pain, no gain.” You dedicate a chapter to stresses on the body that are good for longevity.

David A. Sinclair: That’s exactly it. You’ll feel uncomfortable, whether it’s hunger or breathlessness. Or, too hot or too cold.

TL: As for hunger, you cite research about eating less, or calorie restriction, as being the best lifestyle choice to maximize lifespan.

DS: Being hungry is a good thing. We’re taught that three square meals a day is what we should be having, with snacks in between. That, in my field, has been thrown out the window. It doesn’t agree with the last 20 years of research on aging.

TL: Intermittent fasting is trendy these days, and you write about its merits and practise it yourself. Is it something anyone can do, safely?

DS: For sure. You don’t want to have hypoglycaemia, low blood sugar, because you’ll be dizzy and if you fall over when you’re elderly that’s not going to help. In fact, one of the best ways to live a long time is to hang on to the handrail, we like to say.

Your body should be a bellwether and your doctor should let you know if fasting is fine. But if you are in good health, I really couldn’t recommend anything better for long-term health than being hungry a little bit during the day. And you get used to it. I’m pretty weak when it comes to those kinds of things, I hate exercise and I hate being hungry. I actually love being lazy and eating food so if I can do it, most people should be able.

I enjoy my life but I do feel better when I’m not always satisfied.

Fasting and the Survival Instinct

DS: It is a system that has been in our cells for a long time. It’s in all life on the planet. And it serves to keep us alive for longer, healthier for longer, when we’re under threat.

So when we are doing a bit of exercise, if you run out of breath on the treadmill, that ‘s good. If you’re hungry; you skip breakfast and have a late lunch, that’s good. That will raise NAD levels. So the NAD (Nicotinamide adenine dinucleotide) chemical in your body will go up and your sirtuins — these protective enzymes, the main players in the survival circuit — will get activated.

Use It or Lose It

TL: In the book you write: “exercise, by definition, is the application of stress on to our bodies” and that it’s another way to activate the survival system. But what if we can’t manage high-intensity, activity that leaves us out of breath, as you say?

DS:  It’s just, move. And move as much as you have time for, as much as you can. You know, once you cannot move, it’s a downward spiral — you just don’t want to get on that.

So my father, at 80, has been doing a couple of days of exercise a week and doesn’t regret a minute of it. He’s now as fit as he was at 30 because he’s been moving for the last 50 years.

And we like to hope that the [supplements] he’s taking are helping as well — they don’t seem to be hurting. The good point here is that if you are frail and you can’t run on the treadmill and you don’t have the energy, we think we have things for you as well, which are molecules that mimic exercise.

TL: What are those?

DS:  There’s a whole bunch of them really. The ones that I work on are in the top three favourites, being resveratrol, the NAD booster and metformin.

I’ll do metformin first because that’s the easy one. A lot of people who are middle-aged and above are already taking metformin because it’s a frontline therapy, and a cheap way to treat Type 2 diabetes. Increasingly, scientists like myself are of the belief, and also practicing ourselves, the taking of metformin before we get diabetes to keep our blood sugar in check.

Scientists have also looked at hundreds of thousands of Type 2 diabetics who took metformin and actually have lower rates of diseases, like cancer and heart disease and frailty and Alzheimer’s, than people who don’t have diabetes and didn’t take metformin. It’s crazy to think about that there’s likely to be a drug that doctors can prescribe, and do prescribe often, that seems to slow down all aspects of aging.

TL: But it’s not just about taking supplements but also about taking care of yourself, as you say in the book.

DS: That’s what I’ve learned since 2003. We didn’t know then that the same pathways we discovered, the sirtuins, were engaged by exercise. And we weren’t sure but we had a suspicion that they were also engaged by fasting. But now we know that they are.

So yes, I think that you need both approaches and that’s the best we can do for now.

Turn Back the Clock

DS: What keeps me up at night with excitement is that there’s the ability to reverse the aging clock — at least in the lab, we can reset the clock. Or we know there is a clock, we can measure it. And that it’s reversible. It was my lab that discovered that it doesn’t just turn the clock hands back but it turns time back. That’s just a remarkable discovery. It’ll be the biggest thing I’ll ever discover in my life. We’re learning how the clock works, how the cogs work behind the clock and how to reach in and turn them backwards. It’s an incredibly exciting time for the field.

DS:  It’s even better than that. It wouldn’t just look like it. There’d be no way to tell the difference, even if you were to reach in and look at the actual molecular clock.

So it’s similar to mice that we accelerated their age by 50 per cent. What I love is the sentence in the book that says “if you can give something, you can take it away.”

Someone like me at Harvard, if I’d said that aging was reversible 10 years ago — and I did start saying this 10 years ago — I was considered crazy. ‘How can you say such a thing David?’ But slowly we learned that we could reverse some aspects of aging. We can take an old mouse and make it run like it’s young again. But we didn’t really know how to turn back the actual age of the cells permanently. This is what the reprogramming offers. It’s an actual reset that should be long-lasting.

And we don’t yet know how many times you can reset the body. It could be twice. It could be 200 times. … And who knows what will be possible? If you reverse the age of the body, does it no longer get cancer? What else will we be able to solve, does heart disease go away?

TL: And you’re not worried about humans kicking around for all that extra time?

DS: It’s so hard to extend the lifespan of a mouse by 20 per cent — I’m not worried about that. We won’t realize the dream in our lifetime. It’s not likely that we can reset the whole body and live in perpetuity.

But I think that my father is a role model, being in his eighties and doing all the things he always wanted to do in life.

We recently got back from Uganda and he was hiking the mountainous rainforests, visiting the gorillas with his grandkids. And that’s the future we should talk about. That’s what we should strive for. Because the world will be a much better place when people stay productive as they age and their wisdom can continue to be imparted.

And if people live for much longer they’re going to care more about the future. And take care of the planet.

RELATED: Could Intermittent Fasting Be the Key to Your Weight Loss?