‘Anjelica’s 22 Minute Workout:’ Rebooting an ’80s Classic For All Ages and Abilities 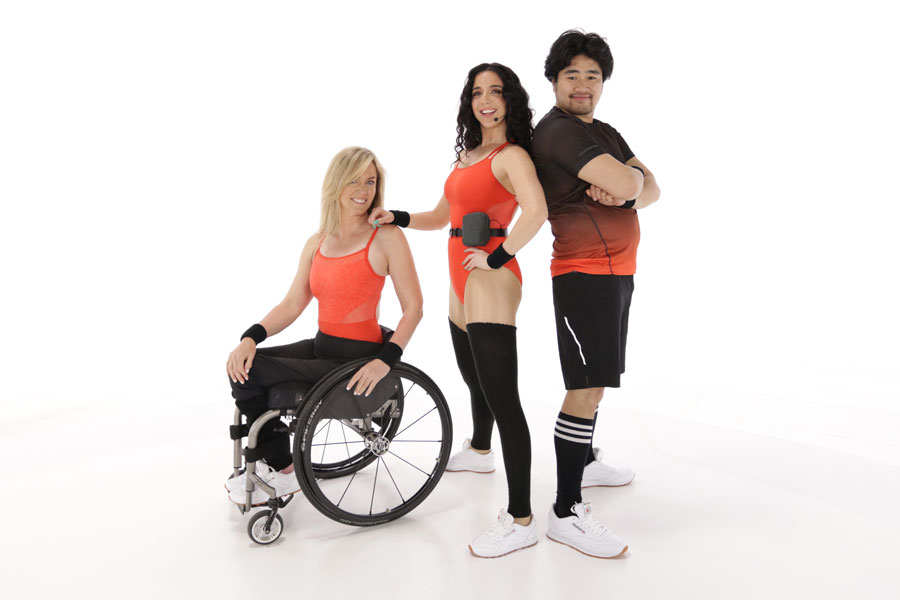 'Anjelica's 22 Minute Workout' features a diverse cast of men and women of all ages.

It was the ’80s. The hair was big. The leotards were small. Aerobics was hot and people were hooked.

In 1982, Jane Fonda’s Workout, the first in a series of five home videos from the Oscar-winning actress, went the equivalent to what was viral: A staggering 17 million copies were reportedly sold, and it’s still available on DVD or for download from Amazon Prime Video. (Fonda, 81, and still enviably fit, went back into the studio less than a decade ago to make a new series, aptly named Prime Time.)

Then came 20 Minute Workout. Only two seasons of the Canadian-produced show were filmed, originally airing on Citytv in 1983-84, but reruns continued for years on Canadian and U.S. networks.

And who can forget the close-ups, the co-ordinated outfits and how perfectly in sync a trio performed all those leg lifts and elbow twists atop a rotating stage.

It was captivating. It was entertaining. And it’s back — in spirit.

Anjelica’s 22 Minute Workout, which premiers Oct. 7 on OneTV and will air daily at 8 a.m. and 7 p.m. ET., has a retro esthetic and, yes, even a pivoting platform, but that is where the homage ends.

“It’s a more inclusive and more mindful time, and we know so much more about fitness and technology, and we were able to bring all those elements in,” says host Anjelica Scannura.

This time around, the cast ranges from 30 to almost 80, and Scannura’s routines include adaptations to either increase or decrease intensity. “It has something for everybody and every body,” she says.

Cast member Eleanor Levine, a 79-year-old psychiatric social worker who exercises regularly, admits to some nerves. “For everyone who participated, I was probably most anxious. But I did okay. Fine in fact.

“When I’m advising people in my therapy practice, I always encourage fitness. The endorphins that kick in — it’s healthy for us in every way possible.”

Another cast member, 49-year-old nutritionist Joanne Smith, describes her ’80s-era self as a “fitness freak.”

Taking part in the reboot was “a hoot,” says Smith, who was impressed by the integration of adaptive exercise. Smith has been using a wheelchair since 19, when she broke her back in a car accident. The episodes in which she appears feature seated routines.

“Fitness is a big part of who I am. But it’s also critical to remain active because once you have a mobility impairment, particularly a spinal cord injury, you tend to age faster because you’re sitting all the time and overusing your arms. You’re at very high risk for joint problems, arthritis and weight gain.

For all that’s new and improved, the reboot honours the appeal of aerobics done at home in front of the TV: convenience.

“It was the first structured workout,” Scannura explains.  “You do cardio and you tone and you jump-start your metabolism. And all you need is 22 minutes.”