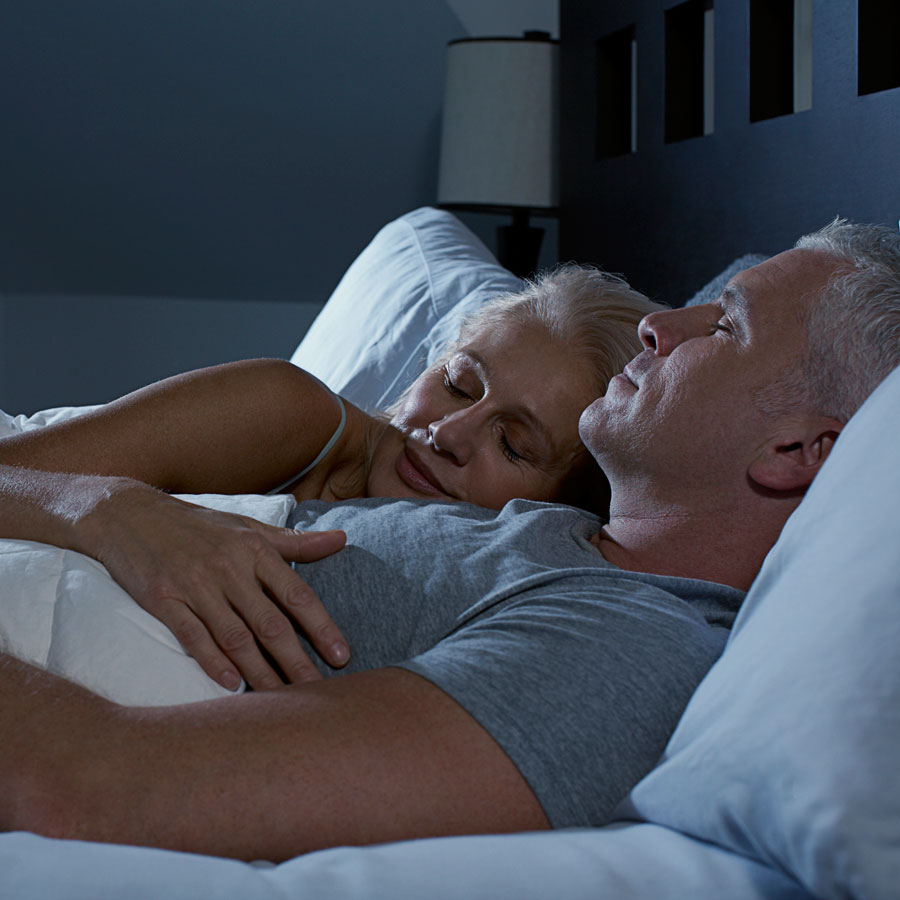 Research shows that getting a good night's rest can protect against cognitive decline as we age. Photo: Todd Warnock/Corbis/VCG/Getty Images

Quantity or quality, what’s more important? It’s an age-old debate, and when it comes to sleep, quality seems to win out where working memory is concerned.

A study, recently published in the journal Science Advances, showed that people over 65 who experienced more fragmented sleep (waking up repeatedly throughout the night) had worse cognitive performance.

“There’s a lot of work taking place looking at sleep quality and sleep duration, and what’s more important from a cognitive perspective,” says study co-author Dr. Andrew Lim, a neurologist at Sunnybrook Health Sciences Centre and assistant professor in the department of medicine at the University of Toronto. “To synthesize work from a bunch of different studies — not only our own — sleep quality, which is say waking up a lot, seems to have a stronger association with many negative outcomes.”

According to Lim, cognitive tasks most affected by disrupted sleep are those that require working memory, like recalling a phone number or remembering how a conversation began once it ends.

Tests of cognitive function, including of working memory, were compared with gene sequencing of the immune cells in the brain, called microglial cells, and sleep patterns of 685 people over the age of 65.

“Those who had more fragmented sleep also had microglial dysregulation — so accelerated aging and abnormal activation of these brain immune cells — and in relation to that, (they) also had poor cognition,” Lim says.

He led the team responsible for determining “sleep architecture.” Participants were followed for an average of two years before they died as part of a longitudinal cohort study based in Chicago. They wore wrist devices similar to a Fitbit to collect sleep data that was then analyzed with the help of an algorithm developed by Sunnybrook’s Hurvitz Brain Sciences Research Program.

After participants died, the team from Rush University Medical Center in Chicago sequenced the genes that regulate microglial cells, and found they appeared and functioned as if they were from an older person.

But the results show only association, not causation. Whether fragmented sleep leads to microglial dysregulation, or vice versa, is still unclear. However, there is a genetic connection.

“Some of the strongest Alzheimer’s disease risk genes are in fact those that influence microglial function. So it’s not necessarily that microglia are good or bad, but that dysfunctional microglia are bad. And when they’re not working properly it seems to predispose [people] to Alzheimer’s and dementia,” Lim notes.

And not only are dysfunctional microglia associated with dementia risk, they also appear to have a greater impact on the cognitive function of people with a form of dementia — 265 participants in the study had Alzheimer’s.

As for for fragmented or, disrupted sleep, it’s already been associated with dementia and cognitive decline in older adults, but the reason why is unclear. Lim doesn’t think that should stop people from addressing poor sleep quality. He likens it to when smoking first became linked to lung cancer.

“People didn’t need to wait for 100 per cent proof that quitting smoking was going to help. … And it feels good to get a good night’s sleep. Your mind is sharper and you’re more energetic. So we should do it beyond preventing dementia, but it might be that preventing dementia is one more reason.”

Napping May Not Be So Innocent

Lim specializes in treating sleep disorders and in older patients the likelihood of those being neurologically related increases, as does the negative effects a condition such as sleep apnea has on a patient’s neurology. His advice? Don’t ignore changes in sleep patterns — and that can include the need for naps.

“It doesn’t mean a nap can’t be enjoyed, but if you feel sleepy enough that you need the nap, then either you’re not sleeping enough or the sleep is not necessarily high quality or there’s something else going on. Napping shouldn’t be brushed off as normal.”

Statistics Canada reports that about half of Canadians (and a third of those over 65) experience poor sleep quality, defined as trouble going to sleep or staying asleep.

When Sleep Evades you, Cognitive Behavioural Therapy Might Help

Perchance to Dream? 9 Tips for a Good Night’s Sleep