Author and Neuroscientist Daniel Levitin On Happiness and Longevity 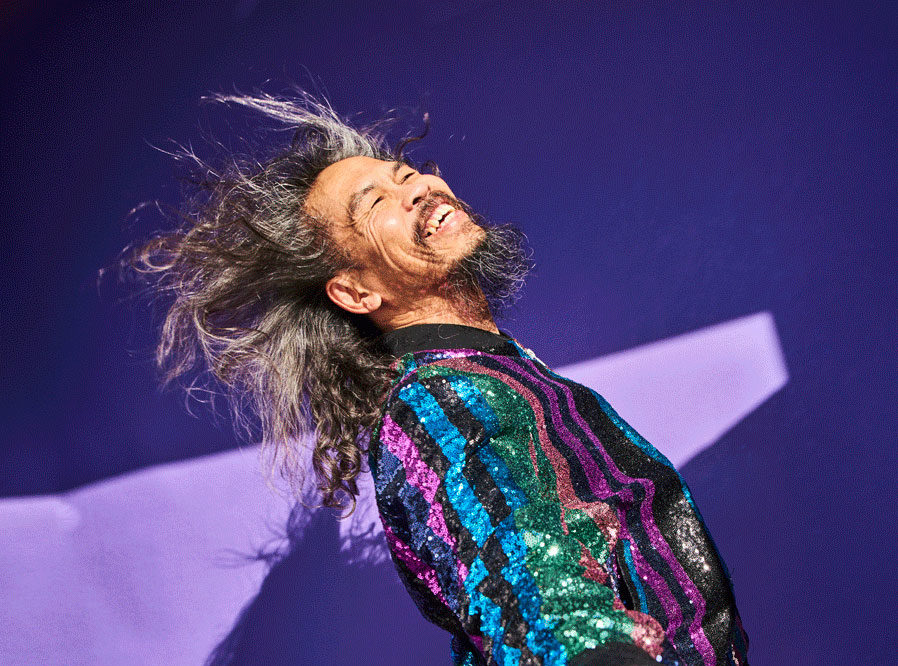 The years after 60 may represent a stage of development as important as infancy or adolescence. Photo: Flashpop/Getty Images

At 62, neuroscientist and retired McGill University professor Daniel Levitin is sanguine about what he refers to as his “ladder” years — not his latter years — anticipating an upward trajectory.

“I’m enjoying life now more than at any other time, and I know a lot of people who find that between my age and their mid-80s … they’re on an upswing,” he says. “And, of course, there’s that World Health [Organization] data that shows the peak age of happiness across 60 countries is age 82.”

Levitin has several books under his belt on the subject of brain function and health, including bestsellers This is Your Brain on Music and The Organized Mind. He’s once again mined the science, reviewing 4,000 pages of peer-reviewed research, this time for lifestyle prescriptions to prolong the period of time we are healthy — which he calls “health span” — and to minimize the period during which we are sick, or “disease span.”

According to Levitin, hitting our happiness stride isn’t the only thing for which we have to look forward. He believes the years after 60 represent a stage of development as important as infancy or adolescence. We talked to him about making the most of it, which was the inspiration for his new book, Successful Aging: A Neuroscientist Explores the Power and Potential of Our Lives.

Tara Losinski: With this book, you challenge the preconception that the last decades of life represent a time of decline. You point out, in fact, that certain cognitive tasks improve with age. At what do we get better?

Daniel Levitin: The ability to detect patterns in things, or to be able to quickly look at something and size up the situation based on hundreds or maybe even thousands of similar encounters.

For example, you want a 70-year-old radiologist to read your X-ray, not a 30-year-old. They’ll know from clinical experience, from thousands of cases, whether that little mark on the film is clinically meaningful or not.

Or if you’ve got somebody who’s supposed to be in charge of the World Bank, or the Fed [U.S. Federal Reserve], you probably want someone who’s been making decisions at a lower level for decades — not someone who’s fresh out of business school and only knows it from a book. In any complex system, where understanding the pieces of it can’t really give you an adequate understanding, that kind of experience comes from age.

TL: You hold up many examples of people who work into their 70s, 80s and 90s, pointing out that staying engaged as we age has health benefits like boosting mood-enhancing hormones and strengthening our immune system. What about those of us who want to retire?

DL: You don’t have to be engaged with work, although that’s a path that works for many. But you should at least be engaged with something meaningful to you. If you had been an avid birdwatcher and you can no longer walk, it doesn’t mean you can’t get to a window with a pair of binoculars and enjoy your hobby and stay engaged with it.

I moved back to California for part of the year, after being in Canada full-time for 20 years, and I realized that I know all the birds that come around my California garden because I grew up here. But I didn’t know the insects. And so I got a field guide to insects and I’ve been learning about them. I had a kind of praying mantis on my doorstep the other day [and] I had to figure out which of the 12 different kinds it was. To me, that’s staying engaged.

TL: You also write about the importance of staying physically active, for body and mind, specifically memory.

DL: You know, if you’re sedentary you’re going to forget things more. We know that now from research. So avoid sedentarism. And it’s not so much exercise, but movement. It’s about movement and oxygenation of the blood, which keeps your [brain] circuits healthier.

Now, some people I know are also taking vitamin B12 [for memory]. There’s not a lot of evidence that this works but there’s some. And if your B12 levels are low, it certainly makes sense. Because B12 is necessary for the myelination of the neurologic pathways.

Not All Diet Advice Is Created Equal

TL: You begin the chapter about diet with a warning to be wary of advice from doctors — and scientists, like yourself — who step outside their field of expertise to offer it.

I spent a long time reading through the actual literature on diets — not the self-help books — and then talking to people who are in food science. And perhaps the most surprising thing I discovered is we don’t even know that if, for example, you eat food that contains cholesterol that that will change your body’s cholesterol levels. So this whole thing about [whether to] eat eggs or don’t eat eggs. We don’t know.

As I summarized in the book, the best advice just seems to be eat a variety of foods. Don’t stick to one weird diet because they tend not to work over the long term. And just make sure you get variety. Don’t sit around and just eat bananas.

DL: Yes. The point being that, just like your circulatory system has to work with the brain, the digestive system has to create hormones and nutrients and neurotransmitters.

In fact, 95 per cent of the serotonin in the body, important mood neurotransmitters, is created in the gut. It’s fascinating. And I think it’s helpful to just realize that like the Jedi masters say, ‘Sound body, sound mind.’

DL: That’s a great question. There’s that scene in the movie Yesterday where the young musician goes and finds John Lennon living out at the edge of the water and Lennon has devoted his life to being a painter, not to being a world-famous musician. And in this alternate reality, Lennon has just been sort of obscure all this time. And the lead characters says, ‘John, have you had a happy life?’ Lennon responds, ‘Very happy.’ ‘But not successful,’ says the younger man. To which Lennon responds, ‘I just said very happy, that means successful.’

Success is different things to different people. I think to me successful aging is happiness. It’s being happy. And being mentally healthy as long as you can be. Physically healthy as well.