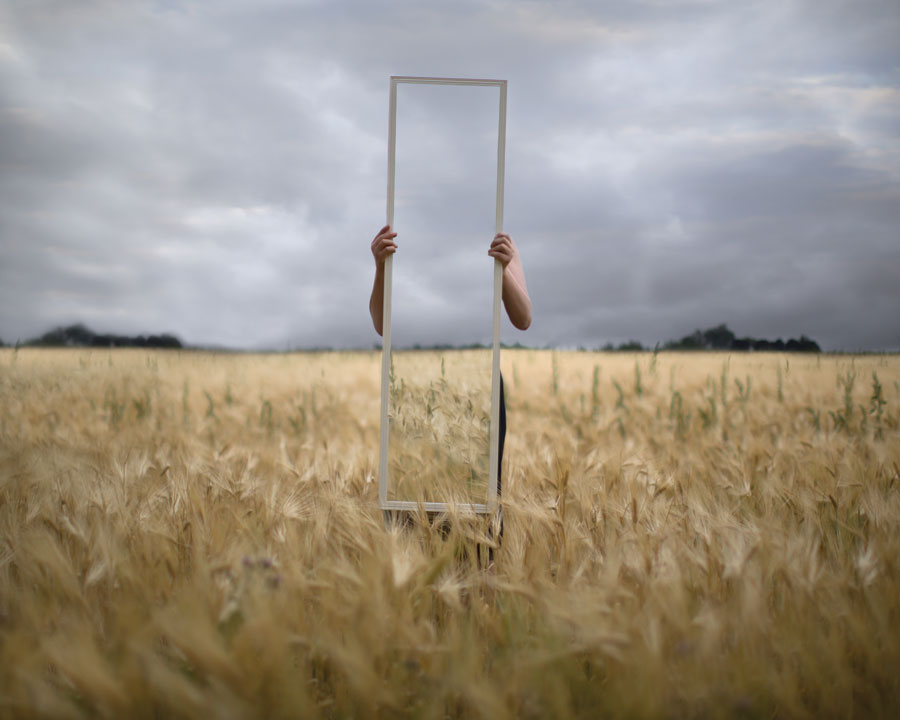 As you encounter new stages in life, here’s how to look in the mirror and see yourself in a whole new light.

I remember the jolt of the moment, around 40, when I first realized I was attracted to older men. He’s cute, I thought, about some random grey-templed guy crossing the street in a well-appointed suit. It’s a natural progression and a relief to realize your reference points are shifting as you age. But what I really find attractive, now that I’m 52, are people who are aging well. Not physically, specifically, although an external glow is part of it, but rather those who are not beaten down by the relentless march of years. Energetic, positive people, who make lemonade out of the bitter fruit we all get served. I am attracted to people who somehow remain comfortable in their own skin, their confidence deflecting the fact that our skin fits less snugly than it used to on our same old frames.

Invariably, the secret sauce for people who age elegantly is actively listening to advice. Aging isn’t an innate act: we all have to figure it the freak out. Over and over. One of the weird things about what I do for a living is I get to ask smart people questions. I record their advice. The best advice! And then? I don’t heed it myself until a crisis comes along, at which point I scramble back to rummage among the shards of therapeutic insights.

As we get older, we all open new doors in life, which can lead to identity crises of varying degrees. We take the old “us” on the journey but, along with our skin, our clothes, our attitudes – even our dreams don’t always fit anymore. Our relationships with ourselves, our lovers, and family and friends help us define who we were, who we are and who we are becoming. But it’s a delicate ecosystem that can’t be taken for granted. It needs tending. Everyone doesn’t stay on board for the whole ride, and that’s okay. And for the people who do, we sometimes have to adjust those bonds.

Everything starts with inner work. There you are, standing alone, looking at your reflection. Don’t let your demons distort what you see. Toronto life coach Ann Sutton has some killer advice on how to find your best angle. “Sometimes you need to remind yourself about the good parts of your life,” she says. Reflect on your triumphs. She says one of her favourite pieces of homework is to ask clients to write out and rank their basic values. “You need to know what is really important to you, and weigh your options within that framework,” she says. Then make your life into a story, tell the story to yourself and rewrite the ending the way you want it to be. “Stuck” people ruminate on mistakes and failures; you have to change that bad habit into a healthy one. Writing a new ending is a way of setting goals, and then you figure out the steps it takes to get there.

So take heart, you do have some control over your own narrative. Making your love story last, however, is more elusive, because we can’t control the actions of other people. But there is hope: of all the sex and relationship therapists I interviewed over the years, the path that stands out is paved by a couples-therapist couple, psychologists John and Julie Gottman. The Gottman Method, developed over four decades of empirical research, takes into account the experiences of couples across “race, religion, class, culture and sexual orientation” and just makes the most intuitive sense.

Made famous in Malcolm Gladwell’s book Blink, the Gottmans are Seattle therapists and researchers who watch couples argue in a lab setting and are able to predict divorce with 90 per cent accuracy. John says they do it by looking for signs of “the four horsemen of the apocalypse,” which is their catchy name for the most damaging negative emotions – contempt, criticism, defensiveness and stonewalling. But fear not, they have a whole program to help, and you can search for Gottman-trained therapists across Canada on gottmanreferralnetwork.com.

The “antidote,” says John, is to start talking about when you were happy together. “I witness a glimmer of hope when I ask couples how they fell in love,” he says. “Partners talk about how attractive they thought their partner was. How funny they were. How nervous and excited they felt around each other.” If it were only that sweet and simple, but it is hopeful, isn’t it? To be happy and successful just by remembering when we were happy and successful?

Happiness is the universal grail, a hot topic in our challenging times. Explorer, National Geographic fellow, distance cyclist and author Dan Buettner, who introduced the world to longevity hot spots he dubbed Blue Zones, followed up on his bestselling series of the same name with 2017’s Blue Zones of Happiness. The Saint Paul, Minn., native sought out and studied the world’s happiest people. He found that, along with paid and volunteer work that “fuels a sense of purpose,” socialization was one of the most important factors in being a happy, long-living human. He says most North Americans socialize only 41 minutes a day (online social networking does not count). The world’s truly happy people spend a stunning six hours each day interacting with other humans.

To drive the importance of this point home, I give you a 2017 meta-analysis of 148 studies involving 300,000 people that suggested, as one of the researchers said, we are facing a “loneliness epidemic.” It showed greater social connection was associated with a 50 per cent reduction in premature death.

Harvard has been seeking the source of happiness with an 80-year longitudinal study following sophomores from the class of 1938 (an illustrious cohort that included friends U.S. President John F. Kennedy and Washington Post editor Ben Bradlee). The study’s director, Robert Waldinger, sums up the quantifiable effect of good social relationships on quality of life, which is greater than money or fame: “Loneliness kills. It’s as powerful as smoking or alcoholism.”

Now, of all the people we socialize with, we can’t choose our families. Thus it is important to be aware of the ideas about ourselves derived from old family dynamics that we sometimes carry forward. “Limiting beliefs” is a common coaching term, says Sutton, referring to negative things we have heard about ourselves from people in positions of authority. These often come from family but can include friends we’ve outgrown and include those little offhand comments that assume outsized importance in our psyches. Things such as “she’s the bright one, her sister is the pretty one.”

Over time, we start to consider these negative thoughts as gospel and avoid what we believe, or have been told, we are not good at. To combat these convictions that no longer apply, you can deploy a basic behavioural therapy technique known as “reframing.” To wit, says Sutton, ask yourself what evidence you have for the negative thought: who said it and when you first believed it. Then look at it in a different light. “Turn it on its head,” she says. Invariably, the old idea looks silly from a new angle.

If you need a stronger reinforcement to rethink those negative associations – and free yourself to be a better lover, friend and family member, no longer holding onto old grudges – use a physical reinforcement like tapping your leg or even snapping an elastic on your wrist. Every time you call yourself fat or dumb or somehow insufficient, snap the elastic and reframe the thought. It will eventually sink in. That, says Sutton, is how we change habits.

In the end, we can’t fix anybody but ourselves, but we can change the way we look at things. And we can choose to be around those who enrich our lives, the attractive-on-the-inside, positive people with whom we want to drink that lemonade.