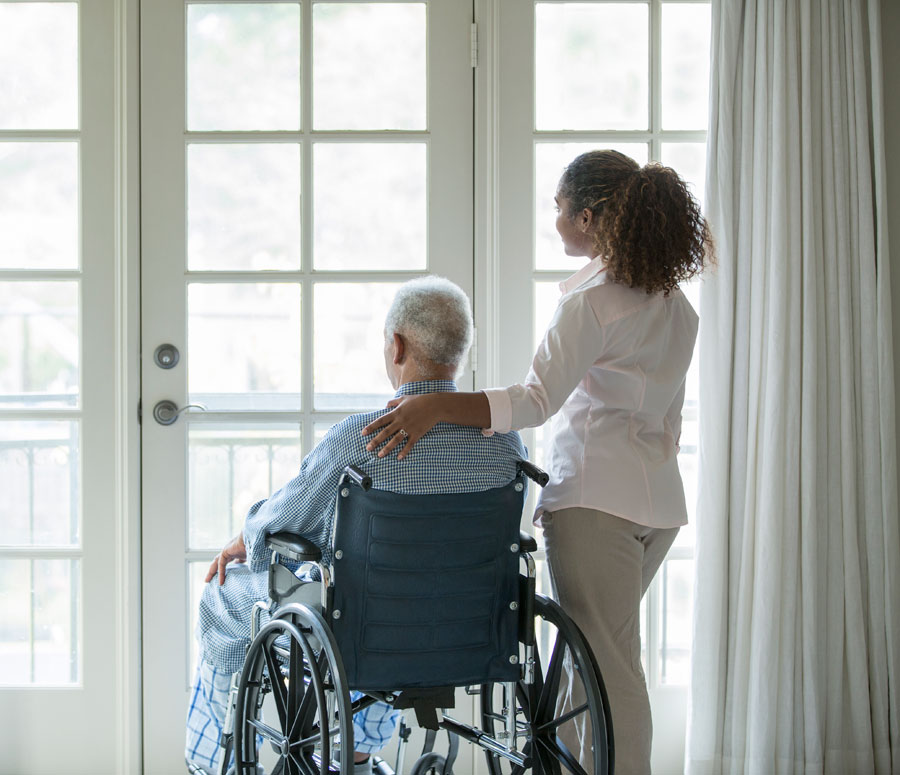 Despite a $155 million increase to Ontario's home-care budget, discharged patients are still being told that the service is unavailable due to cutbacks. Photo: Terry Vine/Getty Images

This time, it was my friend Tina. She sounded angry on the phone. Then came the tears. Tina had just been diagnosed with lobular breast cancer, a relatively rare form of the disease.

The aftermath of the diagnosis can be the worst time – you don’t know what you are facing, and the very idea that you have cancer is terrifying. But Tina got all the necessary tests and underwent a double mastectomy in a matter of weeks. “I just wanted it out of me,” she says. She can’t say enough good things about her treatment at the Princess Margaret Cancer Centre in Toronto. But what came after highlights the anger and frustration so many of us feel. Health care is the subject all the main parties ignored in the recent election even though most Canadians cite it as their main issue.

Tina was released from hospital after less than 24 hours, with drains that had to be cleaned. She expected a home visit from a nurse. But the community worker she saw before going home told her this wasn’t possible “because of cutbacks.”

Which agency cut this service? When? Why? Days after asking these questions, the Ministry of Health directed me to the Central Toronto Local Health Integrated Network (LHIN). It is usually my policy not to whine about the difficulties of tracking down and calling public officials to account. Let’s just say this time it was epic. This is exactly what it’s like for patients trying to navigate the system.

It’s not just a Toronto problem. Tina’s 88-year-old mother, Verna, in St. Catharines, Ont., cannot get home care for her weeping wounds. She’s not mobile enough to get to a clinic. Verna was able to find a relative to take her, but many seniors like her cannot. That means instead of cost-effective care at home, they may end up staying in hospitals in what the bureaucrats call “alternate level of care.” That accelerates their decline while costing the system a lot more money.

The issues are much the same across the country, which is why people are sick of the jurisdictional finger-pointing. The only reasonable explanation for Tina’s experience came from a retired deputy minister of health who told me a lot of wound care has been moved from the home to the clinic for good reasons. It gives “much greater access to better technology and sterile environments,” said Dr. Bob Bell. At least, that’s the theory. Yet, here’s what I heard from Tina. “It was a dingy dirty room in the basement of a long-term-care facility,” she said. “Staff put gloves on but then touched the cart, the shelf, their computer. There is no point in putting gloves on if you are going to be touching furniture in the room before you touch me.”

The Health Ministry confirms that Ontario’s home-care budget increased by $155 million this year. But the entire system is in transition. Tina’s discharge referral came from a Community Care Access agency — a level of bureaucracy that was supposedly abolished two years ago after a damning report from the Auditor-General. The LHINs, created by the previous Liberal government, are still in charge as we await the transition to Ontario Health Teams, the latest model touted as the fix for health care by the current Progressive Conservative government. “The truth is Canada is the fourth highest in spending in the OECD [Organization for Economic Co-operation and Development] and near the bottom in outcomes,” says David Cravit, ZoomerMedia’s demographics guru. “Why are other countries able to do it, and we can’t?”

For all the top-down administrative tinkering, there is a big disconnect between the decision-makers allocating the money and the people providing services. A LHIN spokesman finally got back to me: “There have not been any cuts to services including the ones you identify in your inquiry.” So why couldn’t Tina get a home visit? The spokesman suggests the service is available, the community worker said it was cut back, and Bell told me it was a change in practice. “To say that’s due to cutbacks in the home-care budget is crazy,” says Bell. “People [working] in the health system are disgruntled these days and tend to say silly things like that.” Note to governments at all levels: patients, a.k.a. voters, are disgruntled, too!

A version of this article appeared in the Jan/Feb 2019/20 issue with the headline, “Who Cares About Health Care,” p. 36.

Want to Build a Futuristic Granny Flat In Your Backyard? Just Hit Print