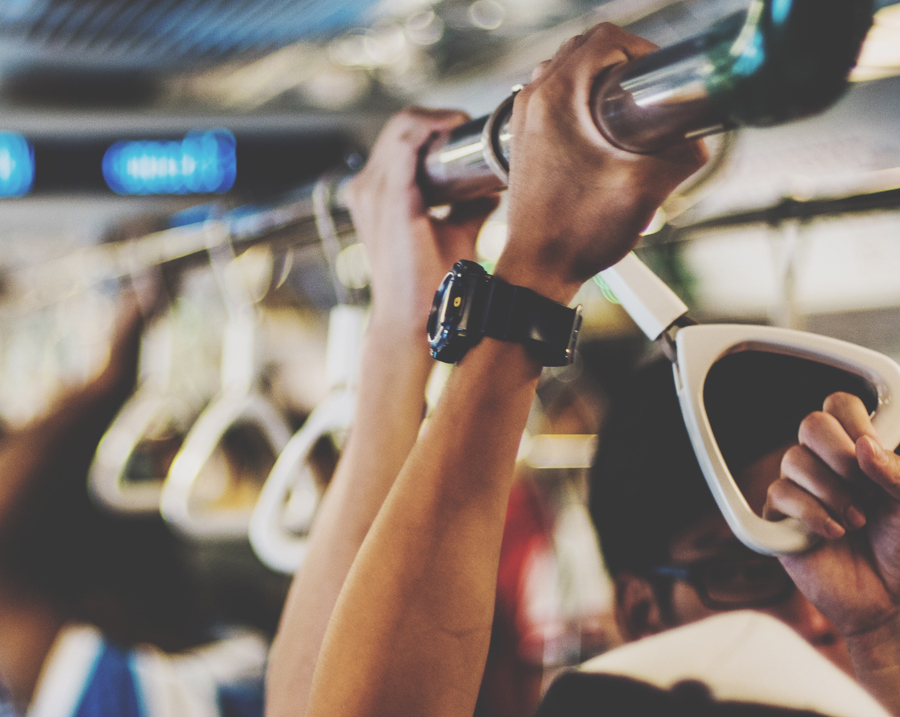 Seniors and caregivers are among the many Canadians who depend on public transit service, which is being reduced in some areas during the COVID-19 pandemic. Photo: Matthew Chua / EyeEm via Getty Images

Canadian cities are contending with how to maintain effective public transit during the coronavirus-induced revenue collapse.

Cities initially responded by drastically reducing service. The Federation of Canadian Municipalities has called on the federal government to provide $10 billion to support cities through the crisis, including a $2.4 billion lifeline to public transit systems.

The severity and abruptness of COVID-19’s impacts, paired with a lack of senior government support for transit systems, means that emergency cuts to service have reduced many vulnerable Canadians’ access to key services, despite transit agencies’ best efforts to minimize impact.

Toronto may cut transit service by an unprecedented 50 per cent. In Edmonton, Mayor Don Iveson is considering shutting down all of the city’s transit services over the summer if financial support does not materialize.

These extreme responses risk the welfare of hundreds of thousands of Canadians who still depend on public transportation to access work, essential services and to provide care to family.

Canada’s most vulnerable residents are over-represented among these travellers. In the week prior to Toronto’s first wave of COVID-induced service cuts, we surveyed 3,300 residents who rode transit regularly prior to the pandemic. Recruitment of respondents took place through social media ads since in-person recruitment would violate physical distancing, and the sample mostly reflects the demographics of Toronto transit riders.

Our preliminary results highlight how privilege and socio-economic status have altered transit ridership during the crisis. Residents who managed to stop riding transit are wealthier, whiter, more likely to have been born in Canada and less likely to have a disability compared to those who continue to ride.

Canadians still riding transit have fewer resources to draw upon for their travel. As one respondent approaching retirement told us: “I can’t afford taxis often, can’t walk that far, so a loss of transit service would severely impede my mobility to get things done.”

Other countries like the United States and the United Kingdom have provided guidance to transportation planners on how to evaluate the impacts of their decisions on disadvantaged and vulnerable populations.

At a 2019 workshop on transport equity, local government voices from across Canada told us that they’ve struggled to prioritize equity in transportation planning in the absence of federal or provincial frameworks in Canada.

The illustration below shows changes in transit service in Toronto between February and May. Specifically, it displays the change in the weekly average number of transit trips reachable in a 15-minute walk for each neighbourhood.

We asked these respondents to consider the most important trips they are still making by transit, and present them by neighbourhood service cuts. Note that totals exceed 100 per cent, since many riders accomplish multiple tasks on the same transit trip.

Most riders in areas losing significant service are depending on public transit for essentials such as groceries (45-46 per cent) or pharmacy visits (19-25 per cent).

A quarter of respondents in areas with the greatest service cuts say that getting to work is the most important trip they still take on transit, compared to 11 per cent of riders in areas with less severe cuts.

The latest round of service cuts proposed for Toronto if the city does not get financial help may immobilize these essential workers, while depriving many of critical access to grocery stores and pharmacies.

For many of these riders, transit makes it possible to carry groceries or juggle essential errands for dependent family members. Explaining their use of transit, one senior said: “Getting groceries on foot could exacerbate my chronic illness and make me very sick.”

More Will Be Affected If Cuts Aren’t Addressed

Some essential workers may buy cars because of cuts to public transit. However, that option isn’t available to a large minority of current and former transit riders.

We asked respondents if they could afford to buy used cars if they needed to, and plotted this against their pre-pandemic 2019 household income. See below:

A majority of households with pre-COVID incomes under $80,000 said buying a used car was not an option. Perhaps for these reasons, a large minority of respondents (41 per cent) who stopped riding transit do not believe they can continue avoiding public transit for up to 18 months. Oncoming drastic service reductions may arrive just as necessity pushes many more riders back onto buses, light rail and subways. These trends may be amplified when cold weather returns in the fall.

The loss of public transit would exacerbate the existing crisis facing many Canadians during the pandemic. The damage of lost transit access for carless and vulnerable households will likely spill over into other domains, such as employment and health care. It’s critical that policy-makers do not leave these residents stranded.

Seniors Month: 3 Tips for Staying Safe and in Touch