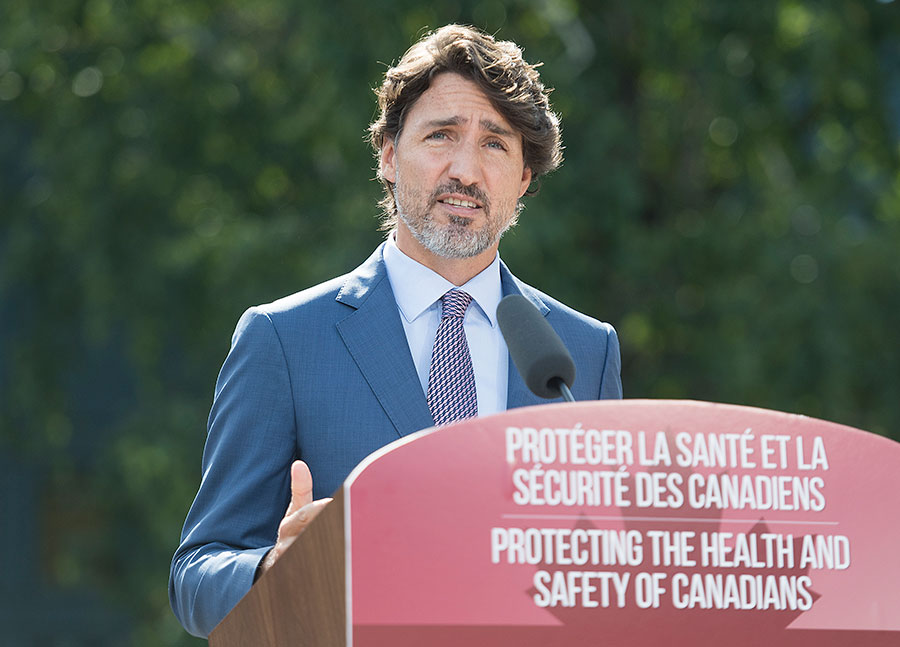 “It is possible that there is a breakthrough soon that will allow us to get a vaccine more quickly, but we don’t know where or if that breakthrough will come,” said the prime minister, speaking to reporters in Ottawa. “That’s why the government of Canada has moved forward on signing agreements with a broad range of vaccine developers.”

The new vaccine deals announced today are between the government and two U.S. based drug companies — Novavax and Johnson & Johnson.

Although the cost of the agreements wasn’t announced, Trudeau said that they will guarantee 76 million doses of Novavax’s candidate and 38 million of J&J’s. Earlier this month, the government said it had signed “procurement agreements” with pharmaceutical companies Pfizer and Moderna, both of which are currently working feverishly on getting their vaccines to market.

Both Pfizer and Moderna report that they are currently in phase 3 clinical trials, which are testing the efficacy and safety of their respective COVID-19 vaccines.

Novavax says that its early trials of the vaccine have shown positive results and says that the next phase will begin soon, with the major focus on testing people between the ages of 60 and 84. Spokespersons for the company suggest that if all goes well, their vaccine could be approved by next spring at the earliest.

The doses will not be purchased until Health Canada deems them effective and safe.

Each of the four companies named in today’s agreement are working with the U.S. government’s Operation Warp Speed, whose goal is to “accelerate the development, manufacturing, and distribution of COVID-19 vaccines, therapeutics, and diagnostics” and deliver 300 million doses of “safe and effective vaccines” by January 2021.

The prime minister said that these deals mean that Canada has guaranteed its access to the four most promising vaccine candidates currently being developed. However, with over 100 in development around the world (read about them here), each of which targets the coronavirus in a unique way, Anita Anand, Minster of Public Services and Procurement said the government is hoping to spread as wide a net as possible.

“We are taking an aggressive approach in procuring a portfolio of the most promising vaccine candidates in order to ensure that Canadians will have access to them as quickly as possible once they have been approved,” said Anand.

Trudeau said that whichever candidate is eventually approved, the vaccine will likely be manufactured in Canada. In order to ensure this, he announced funding to establish a new biomanufacturing facility in Montreal called the Human Health Therapeutics Research Centre.

COVID-19: Canada Announces Deals for Vaccines Showing Promise in Protecting Against the Virus

Rushing Coronavirus Vaccines and Treatments Could Do More Harm Than Good