COVID-19: Lessons From When the 1937 Polio Epidemic Delayed School Reopenings 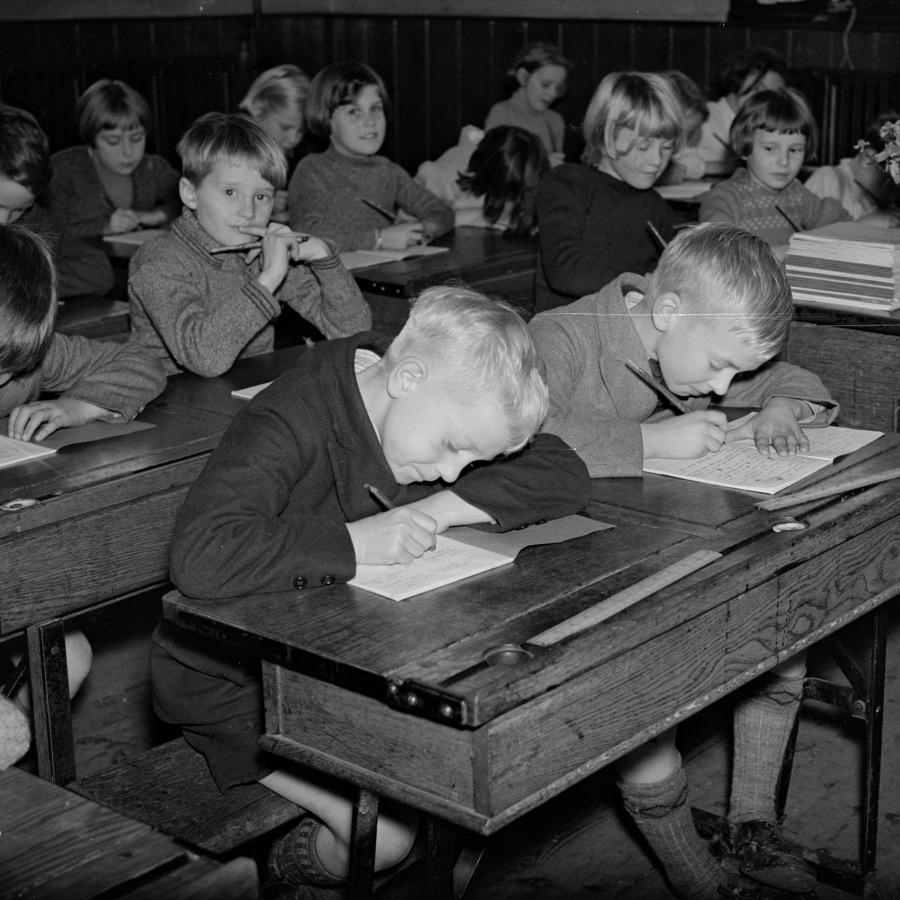 School children working at their desks in 1937. As schools re-open for children across Canada amid the COVID-19 pandemic, one researcher looks at the lessons to be learned from when school reopenings were delayed during the 1937 polio epidemic. Photo: London Express/Getty Images

In September 1937, the Toronto Daily Star and the Globe and Mail began publishing lessons for high school students who had already lost four weeks of school due to the polio epidemic that raged that summer. Soon, the Star reported that children had eagerly taken up their studies at home. Teachers were available by telephone if students needed them.

Indeed, COVID-19 is not the first time we’ve considered closing schools to prevent the spread of disease. After Ontario’s worst polio epidemic in the summer of 1937, schools were closed in the fall to protect children, who were the most vulnerable to polio’s ravages.

Psychologists assured parents that the extended holiday was likely to be beneficial, but for some families, school closures were stressful. As the mother of nine school-aged children put it in a Globe and Mail article from Sept. 18, 1937: “The children are very restless,” even though she had kept them busy playing ball, pole-vaulting and boxing in the backyard.

Of course, school closures were not the only source of stress. Parents were terrified of polio. Polio season regularly took place in late summer, and between July and October, parents, especially mothers, watched their children closely for any signs: neck stiffness, headache, stomach upsets.

Mothers were instructed: “Don’t be afraid. Be watchful. Look for indisposition, sickness, nausea, headache, back or neck ache, sore throat, tremor, prostration. On the appearance of any out of the way symptoms, put the child in bed and call the doctor.”

During the summer of 1937, mothers kept their children off the streets. Sunnyside Beach, despite the warm water, had only a few bathers. Streets in the central part of Toronto — described by the Toronto Daily Star as “the playgrounds of hundreds of poor children” — were deserted. Survivors of polio epidemics remember a deep-seated fear of infection.

In 1937, Toronto schools had been set to open on Sept. 1, but in light of the severity of the polio epidemic, Gordon Jackson, Toronto’s medical officer of health, decided to delay the return to schools until Sept. 13. After several further delays, schools finally opened on Oct. 12.

Across Canada, several municipal health officials felt that schools should remain open. John W.S. McCullough, Ontario’s chief officer of health, noted that with proper medical inspection and the “watchful eyes” of teachers, nurses and doctors, children would be safer in school rather than roaming around the streets unmonitored.

Quoted in an article in the Toronto Daily Star from Sept. 27, Toronto School trustee C.M. Carrie denounced doctors who lent themselves to “panic” regarding the polio epidemic. “Why are the children kept out of school and not kept out of anywhere else?” he said. “You can see them running round everywhere.”

Another Toronto trustee — Dr. W.H. Butt — was more sympathetic with medical officials who decided to close schools: “Medicine is not an exact science … the less crowding of children, the better.”

Broadly, these debates reflected parental anxiety, confusion over the mode of transmission of the disease and tension between health officials and school authorities.

In an article from Oct. 10, 1937, Toronto Mayor William D. Robbins justified the closures, declaring: “They can catch up on their lessons, but you can’t restore a child.”

Parents responded in ways that reflected their own fears and confusion. Some mothers who led Home and School clubs in Toronto were not alarmed by schools reopening, and felt kids were safer in schools than roaming the streets.

In a Toronto Daily Star article published on Oct. 16, another parent claimed that “children have been in just as close, if not closer contact with each other when the schools were closed than at present.”

Other articles from September and October of that year showed that mothers who had kept their children out of crowds and away from playgrounds, theatres and public pools were worried that schools were opening too soon.

One mother hoped that “city schools are not opened until all danger of contagion is definitely and surely passed.… Even if there is only one new case of polio developed after school opening, remember that one may be your child, or mine.” Pupils, on the other hand, were said to be “eager for school” and on the first day back, attendance was high with students waiting outside of school ahead of the bell.

Today, Toronto parents are paying close attention to the question of what school will look like in September. Working parents, particularly single parents, have felt the emotional strain of balancing full-time work and caring for and schooling their children.

Children of all ages have responded to lockdown and school closures in varying ways. Some thrived in the online environment and adapted quickly. Others found online learning challenging.

Demands for mental health services for children and adults alike have increased.

A Statistics Canada study reveals that balancing child care, schooling and work was a top concern for families, with worries about managing loneliness and anxiety a major stressor. In July, a growing number of parents put pressure on the Ontario government to open schools safely and fully in September. The Ford government announced its school reopening plan on July 30, but for many parents it does not go far enough to ensure safety.

To be sure, there are numerous contrasts between the polio epidemic of 1937 and COVID-19.

Unlike COVID-19, which disproportionately affects older people, polio struck the very young. While COVID-19 has meant that Ontario children spent the last three and a half months of their school year at home, polio was a summer disease, and when it did affect schooling for the general population, it usually just extended summer holiday.

School closures in 2020 seem indefinite or undetermined. During the 1937 polio epidemic, students just lost a few weeks, while students today have already lost 13 weeks, with potentially more to come.

While anxieties during the polio epidemic often stemmed from fear of the disease, parental anxiety during COVID-19 stems not only from fear of infection (markedly lower than polio for children) but also from the stress of having to balance full-time work and caring for and homeschooling their kids.

This stress is particularly felt by mothers during the COVID-19 pandemic, who are a much greater part of the workforce than they were in 1937.

School closings affect parents differently. Single parents who do not have relatives nearby find balancing working from home and home schooling their young children particularly challenging, if not impossible.

And this is not to say that a return to school would mitigate emotional stress: for some, lockdown and the fear of a dreaded second wave of COVID-19 means parents will choose to keep their children home despite any school reopening scenario.

Tara Abraham, is an Associate Professor, History, University of Guelph.