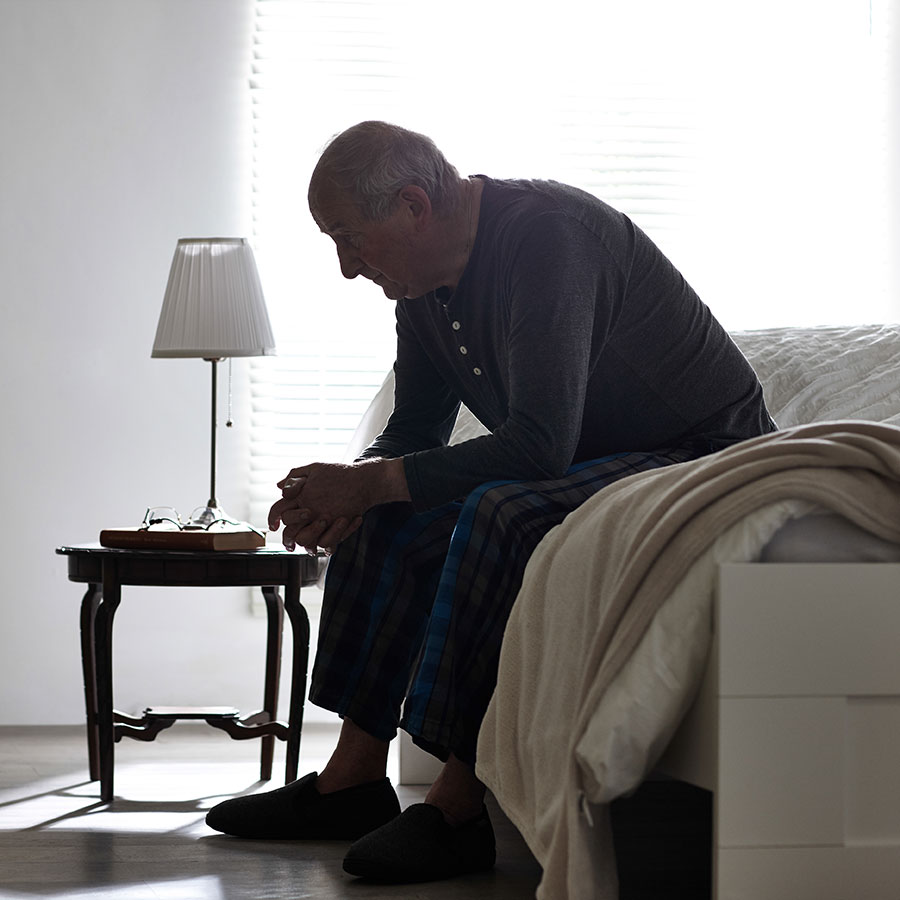 According to authors of a new study, deficiencies in deep non-REM slow-wave sleep may put us at an increased risk for Alzheimer's disease. Photo: Dean Mitchell/Getty Images

How are you sleeping? If your doctor isn’t asking — and you’re not tracking changes to how much and how good the rest is that you get — you could miss early signs of Alzheimer’s disease.

“We have found that the sleep you’re having right now is almost like a crystal ball telling you when and how fast Alzheimer’s pathology will develop in your brain,” said Matthew Walker, a professor of psychology and neuroscience at the University of California, Berkeley and senior author of a paper published earlier this month in the journal Current Biology.

Poor sleep has already been linked to cognitive decline and dementia but for this study, Walker and fellow researchers looked at overnight sleep quality and buildup in the brain of a protein known as beta-amyloid — a hallmark of Alzheimer’s disease, the most common form of dementia. Clusters of the protein, referred to as plaque, strangle neurons, impairing memory and cognitive function.

Sure enough, the findings show that study participants, 32 healthy adults in their 60s, 70s and 80s, who started out experiencing more fragmented sleep and less non-rapid eye movement (non-REM) slow-wave sleep were most likely to show an increase in beta-amyloid over the course of the study — a period of less than four years.

What’s more, the shorter the sleep duration and greater the nighttime wakefulness, the greater the rate of beta-amyloid accumulation was.

“The silver lining here is that there’s something we can do about it,” Walker said about the results. “The brain washes itself during deep sleep, and so there may be the chance to turn back the clock by getting more sleep earlier in life.”

Previous studies have shown that the brain can clean up beta-amyloid deposits while we sleep. This study suggests that what we may need more of is deep non-REM slow-wave sleep to boost that work.

“If deep, restorative sleep can slow down this disease, we should be making it a major priority,” said study co-author Joseph Winer. “And if physicians know about this connection, they can ask their older patients about their sleep quality and suggest sleep as a prevention strategy.”

As for next steps, Walker and Winer plan to investigate ways to boost sleep quality for study participants at high risk for developing Alzheimer’s.

“Our hope is that if we intervene, then in three or four years the buildup is no longer where we thought it would be because we improved their sleep,” Winer said.

“Indeed, if we can bend the arrow of Alzheimer’s risk downward by improving sleep, it would be a significant and hopeful advance,” Walker concluded.

More than 747,000 Canadians live with Alzheimer’s disease or other forms of dementia.

7 Tips for Better Sleep During the Pandemic