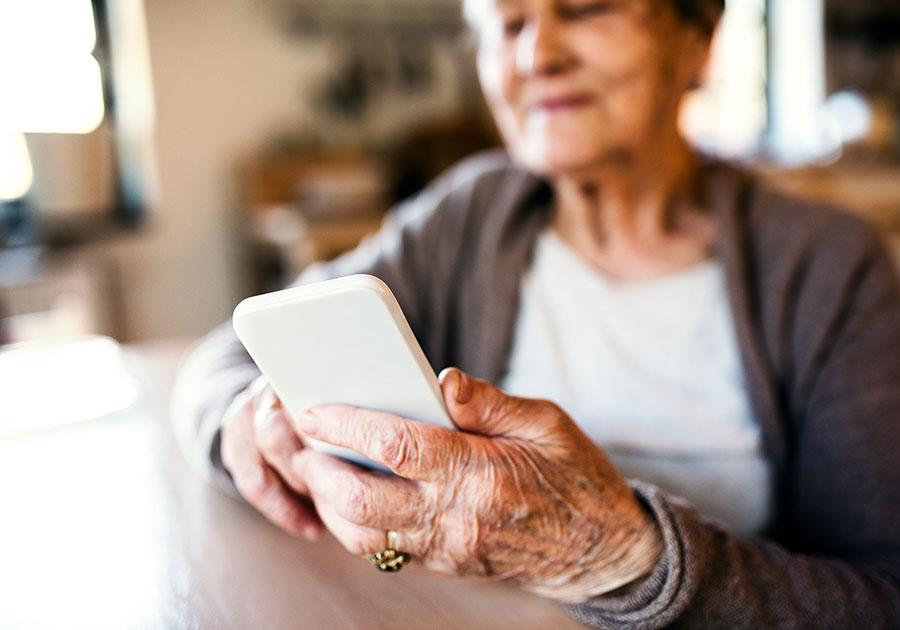 After testing out a new app that predicts life expectancy, Richard Faragher, professor of biogerontolgy at the University of Brighton, looks into its accuracy and ability to encourage a healthier lifestyle. Photo: Halfpoint Images/Getty Images

Would knowing the date of your death influence your actions? It did for Tiberius Caesar. Convinced by the court astrologer Thrasyllus that he had many years of life ahead of him, the paranoid old emperor chose to postpone the murder of his heir Caligula.

But by believing Thrasyllus’s prediction and letting his guard down, Tiberius inadvertently gave Caligula enough time to poison him first. The rest, as they say, is history – which Thrasyllus had altered by deliberately overestimating his employer’s life expectancy.

While many of us are unlikely to find ourselves in Caesar’s position, knowing how many years we have left may influence many aspects of our life – including when to retire, whether to take a long-awaited vacation, and even whether to opt for certain medical treatments.

My Longevity, a newly developed app from researchers at the University of East Anglia, now allows each of us to be our own life expectancy astrologer. But how much trust should we place in these predictions?

Simply put, life expectancy is how long, on average, members of any given population can expect to life. This is different from lifespan, which is the maximum length of time any member of the species can survive.

Although lifespan has changed very little – if at all – global life expectancy has soared by more than 40 years since the beginning of the 20th century. This was achieved through a combination of scientific discoveries and public health measures that drove down infant mortality. In the UK, life expectancy at birth is now over 80 years.

Life expectancy depends a lot on where you grow up or live. So the more a disparate population can be broken down into sub-populations who have traits in common – but which are still large enough to be statistically significant – the more accurate predictions become. Doing this might involve subdividing the population by sex (on average females live longer than males) or smoking status (for obvious reasons) or both.

The team of researchers used a sophisticated version of this approach when developing their app, informed by its previous research. This allows its app to factor in the life expectancy effects of controlled and uncontrolled high blood pressure, the presence of related illnesses such as cardiovascular disease or rheumatoid arthritis, ongoing treatment with statins, and serious risk factors, such as high cholesterol.

Developing the app has involved dealing with some problems along the way in estimating potential health benefits for the overall population based on those seen in clinical trials. This is because discrepancies exist between trial subjects and populations for a number of reasons – but usually they are cases of what is known as “tight segmentation” working against you.

For example, a clinical trial of the effects of orange juice in sailors with scurvy will show profound benefits because they are a tight segment with vitamin C deficiency. But anyone expecting to see the same beneficial effects on health from prescribing orange juice to everyone taking a boat trip today is going to be deeply disappointed.

How seriously you should treat the predictions from an app of this type is basically a function of how accurately it reflects the sub-population into which you best fit. I compared my life expectancy prediction from My Longevity with calculators provided by the UK Office for National Statistics and those of two insurance companies. The predictions varied from 84-90 years. As I’m 54, this may not have been a completely fair test of My Longevity because the data the team has used makes the app most accurate for the over 60s.

The major reason life expectancy calculators spit out such different figures is because there are a wide range of factors influencing the results. Being married increases your life expectancy compared to being single, as does being happy. In addition to smoking, levels of fruit and vegetable intake influence life expectancy. Perhaps unsurprisingly, levels of alcohol consumption and exercise make a profound difference to life expectancy. These are concrete lifestyle changes people can make which can add years to their lives.

The East Anglia research team hopes that access to its calculator will encourage users to adopt healthier lifestyles. Although there is some evidence that framing behaviours in terms of their effects on life expectancy is an effective way of encouraging people to embrace healthier lifestyles, superficial discussions of health and longevity often assume that everyone will seek to maximize life expectancy if only they are fed enough of “the facts” about it.

However, human motivation is emotional and intuitive at its core and is shaped by what a person most values in life. Propositions that accord with a person’s values are typically supported. Those that don’t are either ignored or rejected.

Another common mistake made by those promoting behaviour change is to assume their own dominant values are shared by the people they want to adopt the behaviour in question. This approach will only convince people who already think and feel like them. But the more developers of such apps recognize that users will only adopt certain behaviours according to the values and beliefs, the more useful these apps will be.

Richard Faragher is a Professor of Biogerontology at the University of Brighton.