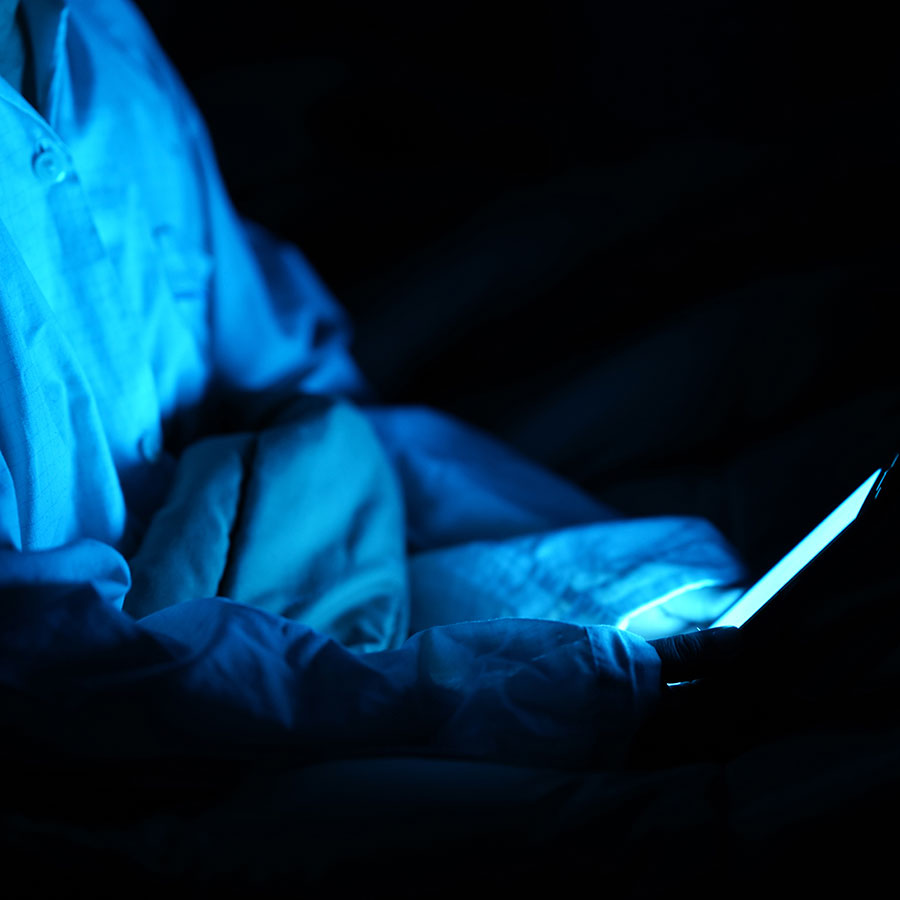 There is a lack of good clinical research on the advantages of blue-light filtering lenses. Photo: Wera Rodsawang/Getty Images

Health products, like detox teas and mood-boosting waters, rely on a lack of neuroscientific knowledge to make their claims. Some of these claims are unsubstantiated, while others are completely made up.

My doctoral research investigates visual processing, but when I look at the big picture, I realize that what I’m really studying are fundamental aspects of brain anatomy, connectivity and communication.

One specific function of the visual system that I have studied during my degree is the blue-light detecting molecule, melanopsin. In humans, melanopsin is seemingly restricted to a group of neurons in the eye, which preferentially target a structure in the brain called the suprachiasmatic nucleus — the body’s clock.

This is where the (true) idea that blue light affects our sleep-wake cycle or circadian rhythm originates from. And also why many corrective lens producers have started cashing in on blue-light filtering glasses. The most common claims that go along with these lenses is that they will help restore our natural sleep-wake cycle.

Blue-filtering lenses are marketed as a solution to so many other vision problems. There are claims that they protect against a retinal disease called macular degeneration, decrease headaches and ward off eye cancer.

Ophthalmologists generally agree that there is “a current lack of high-quality clinical evidence to support a beneficial effect with blue‐blocking spectacle lenses for reducing eye fatigue, enhancing sleep quality or preserving macular health in the general population.”

Similar to the workings of any biological system, melanopsin’s contribution to vision is more complicated than it is made out to be.

For example, melanopsin — like other light-sensitive molecules in our eyes — can result in neural activity outside of blue light specifically. Blue is simply where it is most sensitive. So, then, blue light does indeed affect our sleep-wake cycle, but so will other wavelengths of light, to a lesser extent.

But what is the real culprit of the effects of digital screen light on our sleep-wake cycle? Is it necessarily blue light alone or is the problem likely worsened by people commonly staying up late and using their devices?

Research has shown that one likely cause for eye irritation and fatigue is the time we spend in front of our screens overall, which may decrease the amount of blinking we do.

Filling the Gap in Clinical Research

The problem seems to be not only blue-light filtering lens sellers, but the way in which we talk about findings from research.

As of yet, there is no clinical evidence that supports the benefits of using blue-light filtering lenses. For now, this is another pseudoscience market that’s taken advantage of its consumer base — anyone who uses computers.

Expanding neuroscience literacy should be a public health goal: understanding how the brain and its partner organs — like the eye — work.

For now, keeping our eyes off screens at night and taking frequent breaks from screens is what will contribute most to our eye health and sleep hygiene.

Tareq Yousef is a PhD candidate in Medical Neuroscience at Dalhousie University.

Snooze Yourself Slim: How a Proper Sleep Can Help You With Your Weight Loss