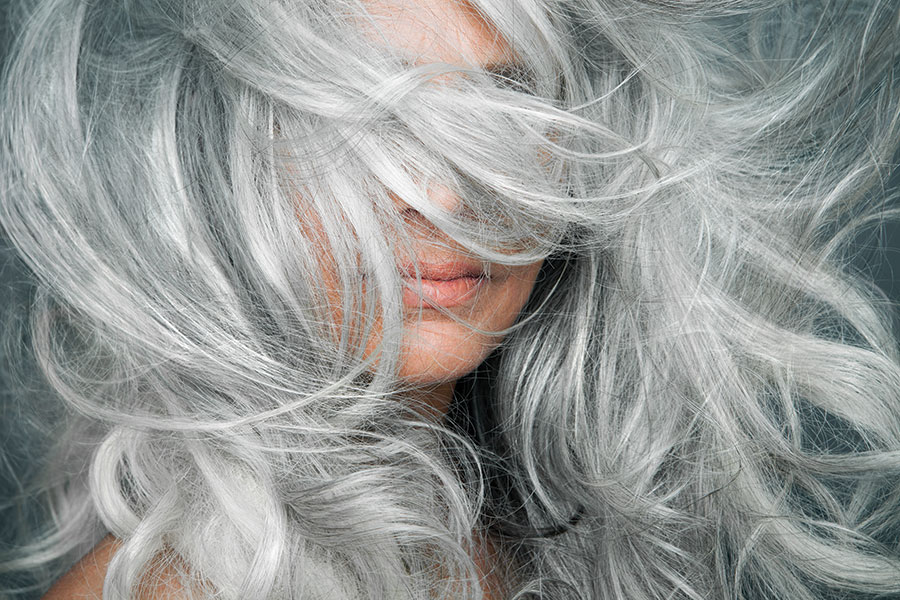 When it comes to preserving our hair as we age, it's important to focus on quality as well as quantity. Photo: Andreas Kuehn/getty images

Protecting, preserving and making the most of your crowning glory is the name of the game.

“I’m not just the president but I’m also a client.” Many of us will recall those words spoken by Sy Sperling, the owner-member of Hair Club for Men, in one of his TV advertisements while holding up a photo of his previously bald pate. Sperling, who passed away earlier this year, was key in bringing the conversation of hair loss to the fore.

For women, the conversation has been around since birth – giving birth, that is. Many experience a significant amount of hair loss during pregnancy, with the psychological side effect of a lower self-esteem and the physical of it sometimes never growing back. But with the tricks of the trade – think extensions, falls, wigs, biotin pills and a bathroom cupboard stocked with thickening creams, volumizing mousses and other tools – some of it can be disguised.

Men, however, have worn their “male pattern baldness” since the beginning of time. Scientifically, it’s referred to as androgenetic alopecia, a.k.a. hereditary hair loss. And contrary to popular belief, it’s not just your mother’s fault – it can run in either side of the family. By age 50, say the experts at Rogaine, half of all men experience hereditary hair loss – with many already noticing a thinning in their 30s and 40s. Add in hormone shifts, and it equals a shortening of the hair growth cycle and a gradual shrinking of the hair follicles – creating shorter, finer hairs. Once the follicles disappear, the hair stops growing. Rogaine is recommended for men aged 18 to 65; they believe that the earlier thinning hair is addressed, the better.

There’s also a relationship between male pattern baldness and dihydrotestosterone (DHT). When produced in the body, DHT can inhibit hair growth by hindering the delivery of nutrients to the hair follicle, say the scientists at Viviscal Hair Nourishment System. Their supplement for men contains ingredients that feed the follicle to help combat the loss of those nutrients. This complex, called AminoMar C, contains marine ingredients along with vitamin C and silica. Why marine ingredients? It was inspired by a 1980s study of the Inuit diet – heavy in fish and protein. The Viviscal supplements for men and women are said to help strengthen and speed up existing hair growth as well.

The quality of our hair, not just the quantity, can change over time as well. “Many women and men have the impression that they have less hair,” says Liam Whelan, product manager at L’Oréal Professionnel. “An impression that is less the result of true hair loss rather than a diminished density of the hair.” So what’s exactly at fault here? “It’s the stem cells and hair follicles – as L’Oréal discovered in 2001 – that no longer completely fulfill their natural role of regeneration,” Whelan says.

Fay Linksman, the expert at Nioxin, notes that hair has its own biology. The company, too, has its own origin story. Nioxin was created by Eva Graham, an only child growing up in North Carolina, where she spent most of her time in nature. Her mother had instilled a love of and respect for the healing power of plants, while her father was a dreamer, who also inspired his daughter to do the same, all while lamenting the loss of his hair. Years later, Graham herself lost half her hair to pregnancy, and her father’s words came back to her. She created the line to help combat the signs of thinning hair, using a combination of sunscreens to protect the scalp from UVB rays that can damage the scalp and maintain a healthy environment for hair growth, and B vitamins, such as folic acid, biotin, pantothenic acid and niacin – as some studies have shown vitamin B-deficiency can also contribute to hair loss.

Linksman breaks down how hair changes through our lives: First, there’s a change in the hair fibres’ diameter, meaning each hair actually grows out thinner from the scalp. Then, a decrease in melanin, which effects the lustre and the colour; a decrease in density, in which fewer hairs emerge from the scalp; and when it does, it increases in curvature, resulting in bendy, less manageable hair (think those courser greys); and finally, decreased lipid production, meaning hair is drier, duller and more prone to damage.

Speaking of damage, “Our hair is not as strong and flexible as it once was, which can create breakage from even the simplest thing such as brushing our hair,” says Alanna Widgiz of Kérastase Paris. “On average, we lose approximately 100 hairs a day,” she adds. She’s currently talking up the new Kérastase Genesis line, formulated to address breakage, lack of density and hair fall. She also advises to be gentle and to be careful to detangle (another trick to avoid breakage).

Toss in a handful of stress, “and this will slow down our hair growth cycle,” resulting in sparser hair,” Widgiz adds.

And then there are the added stresses that some of us put on our hair via chemicals such as colouring, bleaching and straightening treatments. “It is ideal to limit the bleach you are using – or even discontinue with any lightening of the hair, as this weakens the hair fibre causing breakage,” advises Widgiz. And about those roots: silver-grey is one thing, but for some of us late bloomers who like that blond look, going over to the dark side is not such a bad thing, as Widgiz also believes that when your hair is darker, it will appear to be thicker.

Angela Ysseldyk, the leader of education for Smart Solutions, the supplement company created by Lorna Vanderhaeghe, the Canadian women’s natural health expert and nutritional medicine advocate, says, “Low iron is a factor in hair loss, and low thyroid is a factor in thinning hair and loss. And your protein intake needs to be adequate. We need protein to make our hair and it is also a component of skin like collagen.” Viviscal also addresses this, as the company has fortified its Viviscal Woman supplements with iron to help combat anemia and biotin, a B-complex vitamin, along with niacin and zinc. Ask your doctor to help establish whether you’re at any of these lows.

“And have some fun with styling techniques – your hair will also look thicker if it has some natural curl or texture in it rather than straightening it,” Widgiz says. “Invest in your hair,” she adds. “It is the crown you never take off.”

A Look at the Latest Innovation for Thinning Hair