Could Past Due Bills Predict Dementia? Here’s What the Latest Research Says 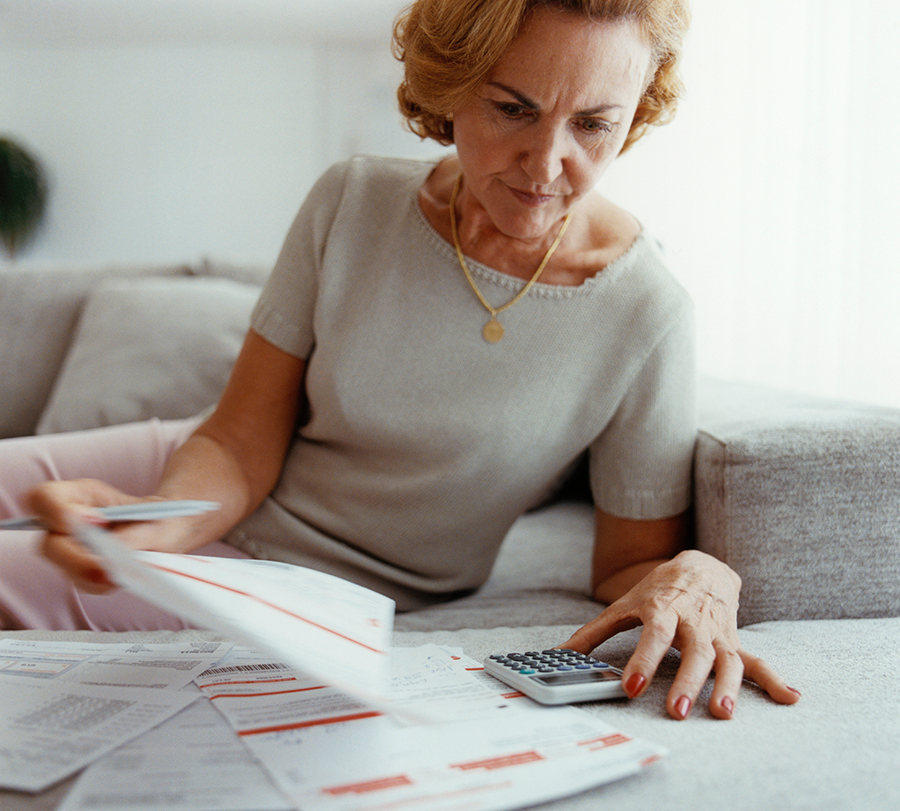 Two studies released this week offer new means for earlier diagnosis of dementia, including one study that found a correlation between missed bill payments and the development of dementia. Photo: Photo: Commercial Eye/Getty Images

In one study, published by JAMA Internal Medicine, researchers from Johns Hopkins Bloomberg School of Public Health — with help from the U.S. Federal Reserve Board — found that beneficiaries of Medicare, federal health insurance for people over 65, who were diagnosed with dementia were more likely to miss bill payments as early as six years before diagnosis and started to develop subprime credit scores two and a half years prior to diagnosis.

Deteriorating financial capabilities are among the earliest signs of cognitive decline related to dementia, say study authors, noting that it can lead to costly financial errors, irregular bill payments and increased susceptibility to financial fraud.

“Currently there are no effective treatments to delay or reverse symptoms of dementia,” Lauren Hersch Nicholas, lead author and associate professor in the department of health policy and management at the Bloomberg School, said in a press release.

“However, earlier screening and detection, combined with information about the risk of irreversible financial events, like foreclosure and repossession, are important to protect the financial well-being of the patient and their families.”

The researchers analyzed 81,364 de-identified Medicare claims over 15 years starting in 1999, alongside credit reports starting at the same time but for an extra four years, until 2018. In that time, a third (27,307) of claimants experienced a diagnosis of dementia, with their payment delinquency (bills past due by 30 or more days) rate going from 5.2 per cent six years previous to diagnosis to 17.9 per cent six months after diagnosis.

“We don’t see the same pattern with other health conditions,” said Hersch Nicholas. “Dementia was the only medical condition where we saw consistent financial symptoms, especially the long period of deteriorating outcomes before clinical recognition. Our study is the first to provide large-scale quantitative evidence of the medical adage that the first place to look for dementia is in the cheque book.”

An App for That

In the second study, published in the journal Nature Aging, researchers from Lund University in Sweden isolated two biomarkers, levels of specific proteins in the blood, they say can help predict risk of developing Alzheimer’s disease — and they then developed an app to help doctors further assess risk.

“Many people with Alzheimer’s disease currently seek care when they have only developed mild memory impairment, meaning many years before the dementia stage of the disease. It is often difficult for doctors to give the correct diagnosis in people with milder memory impairment as many different conditions other than Alzheimer’s can be the cause.” said Oskar Hansson, a study author, professor in neurology at Lund University and consultant at the clinical memory research unit at Skåne University Hospital.

“In this study, we developed a model that is based on the results of a simple blood test, and that with a high degree of validity can predict who will develop Alzheimer’s dementia within four years.”

A total of 573 people, an average age of 71, with mild cognitive impairment (MCI) — which carries an increased risk for developing forms of dementia — were tested for levels of two proteins, phosphorylated tau and neurofilamet light, to determine later onset of Alzheimer’s.

The team also developed an online tool — a dashboard of sorts — that combines basic data (age, gender, education and basic cognition tests) with results from biomarker tests to help determine a person’s risk of developing Alzheimer’s disease within four years.

This offers less costly and time-consuming methods as compared to those currently used — PET scans and cerebral spinal fluid (CSF) analyses — Hansson also noted, adding: “This will require more studies, but we have absolutely come one major step closer to our goal.”

Could Changes to Sleep Quality Be a Warning Sign of Alzheimer’s Disease? Here’s What Research Shows