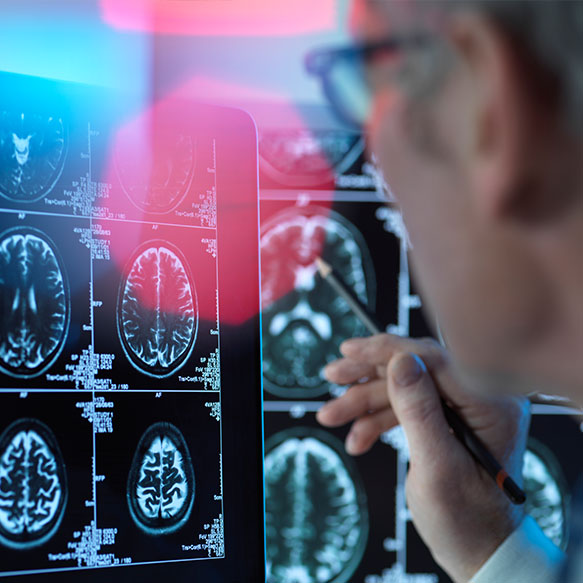 For the first time, an experimental Alzheimer’s drug has shown significant slowing of decline in cognition and daily function in patients. Photo: Andrew Brookes/Getty Images

For the first time, an experimental Alzheimer’s drug has slowed the rate at which patients with the disease lost the ability to think and care for themselves, the drug’s maker Eli Lilly reported this week.

The investigational antibody is called donanemab and it targets the N3pG beta amyloid protein associated with Alzheimer’s disease.

The antibody is designed to stimulate the patient’s immune system to attack and destroy these proteins in the brain that result in a hard plaque that is believed to cause the neurodegeneration seen in Alzheimer’s. The drug showed significant slowing of decline in cognition and daily function in patients with early symptomatic Alzheimer’s disease, according to Eli Lilly. The rate of decline slowed by 32 per cent compared to those who took a placebo.

By targeting the N3pG beta amyloid, donanemab has been shown to rapidly result in high levels of amyloid plaque clearance, as measured by amyloid imaging.

The Phase 2 trial showed that donanemab was able to reduce amyloid plaques in Alzheimer’s patients to levels seen in scans of healthy individuals. In six to 12 months, plaques were gone and stayed gone, reported Dr. Daniel Skovronsky, Eli Lilly’s chief scientific officer. This brought about a clinically meaningful slowing of cognitive decline, although it did not halt decline altogether.

“The positive results we have obtained today give us confidence in donanemab and support its rapid and deep plaque clearance for the potential treatment of Alzheimer’s disease,” said Skovronsky.

The two-year study involved 272 patients with Alzheimer’s disease diagnosed with brain scans. Their symptoms ranged from mild to moderate. Although the findings have not been reviewed by other experts or published in a scientific journal, they are the first to report positive results from an Alzheimer’s drug based on a Phase 2 trial that assessed the drug’s safety and effectiveness in a sample group of this size.

Other experimental Alzheimer’s drugs were never tested in Phase 2 trials, either moving straight to larger Phase 3 trials or failing to produce positive results, according to the New York Times. Phase 3 studies have repeatedly had disappointing results.

The small donanemab study needs to be replicated, said Dr. Michael Weiner, a leading Alzheimer’s researcher at the University of California, San Francisco. Still, “this is big news,” he told the New York Times in the same story. “This holds out hope for patients and their families.”