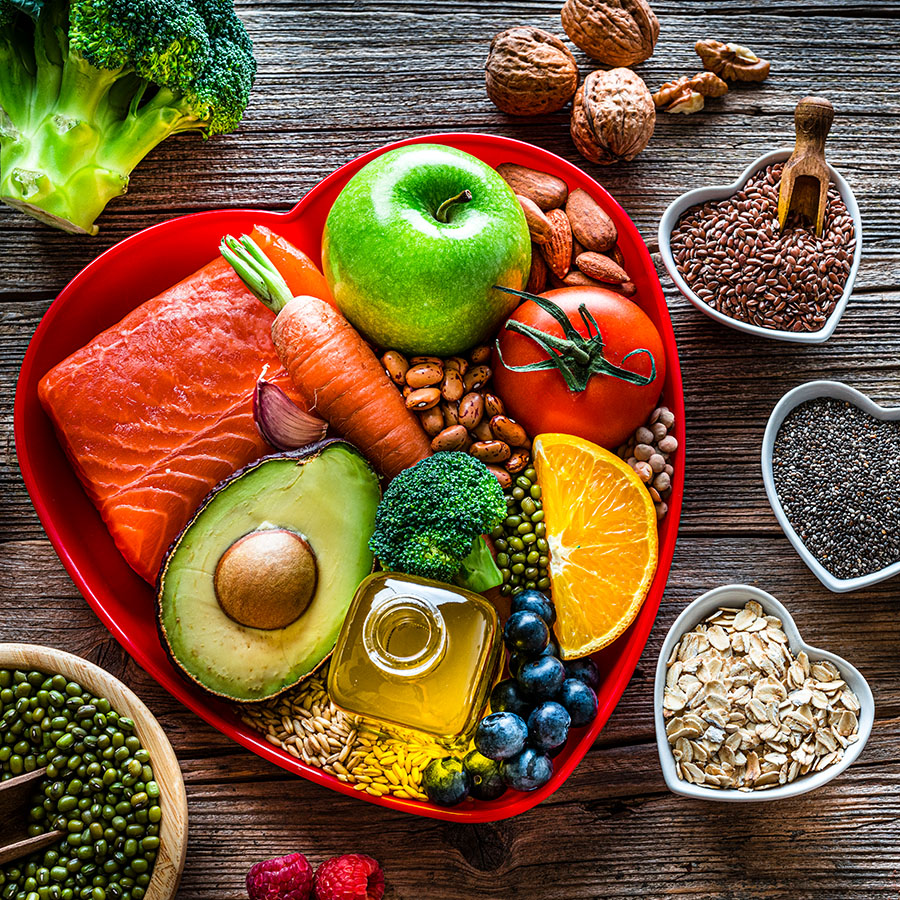 Up to 80 per cent of premature heart disease and stroke can be prevented through healthy habits, such as eating a healthy diet and being physically active.Photo: fcafotodigital/Getty Images

February is Heart Month — and not only because of Valentine’s Day. This month is dedicated to raising awareness of heart health and reducing the risk of heart attacks, strokes and other cardiac events.

Heart disease is the second leading cause of death in Canada, according to Health Canada, affecting about one in 12 Canadian adults. People with heart disease also appear to be at higher risk for severe symptoms or complications from COVID-19.

But up to 80 per cent of premature heart disease and stroke can be prevented through healthy habits, such as eating a healthy diet and being physically active, according to the Heart and Stroke Foundation of Canada. Despite this, making healthy lifestyle choices, such as getting enough exercise, can be much more difficult during a global pandemic.

There’s exercise — which gets your heart pumping — and then there’s movement. And you need both, according to Patrice Lindsay, PhD, director of health systems change at the Heart and Stroke Foundation of Canada.

“Being stuck at home, people aren’t moving,” she says. During rolling lockdowns and temporary closures, we lose out on a lot of everyday movement, like running errands or meeting a friend for coffee.

“People aren’t realizing how important it is to just move,” says Lindsay. “Make it a point to get up from the computer or couch every hour, even if it’s just walking to the kitchen for a glass of water, so your blood’s not pooling.”

Some people find they’re more sluggish during the pandemic, but “it’s because they’re not as active,” says Lindsay. “Combining exercise and movement and getting proper rest at the proper time, that routine is critical — and balancing that with a healthy diet.”

The foundation recommends seven to 10 servings of fruit and vegetables each day, choosing whole grains and skipping highly processed foods. There’s nothing wrong with occasionally baking sourdough bread to ease your pandemic anxieties but if you’re going through several loaves a week (and a lot of butter is involved), that’s another story.

Physical and emotional health are key worries for people living with a heart condition, stroke or vascular cognitive impairment (VCI) — and for caregivers — during the pandemic, according to the Heart & Stroke COVID-19 Impact Survey conducted in May 2020.

Most respondents noted the “significant mental health and emotional impacts of being isolated, lack of informal support, family issues, sense of vulnerability and fear,” according to the survey. They also expressed concern over negative health behaviours such as increased eating, decreased exercise and longer intense work hours.

“A lot of people are dealing with mental health issues, loneliness and isolation, which is compounded if they’ve lost their job or experienced job changes,” says Lindsay. But stress can increase your risk of heart disease and stroke and lead to depression and anxiety.

Managing stress is critical — exercise helps, as does human contact, even if that contact is virtual. Joining online clubs or communities can help with feelings of isolation. “But sometimes people might need medication, and that’s totally okay, too,” says Lindsay.

Telemedicine is turning out to be a lifeline during the pandemic, and it’s particularly useful for monitoring ongoing health conditions and making medication adjustments — a lot of that can be done online during a 10-minute virtual appointment.

“Virtual care is terrific — it’s something we’ve been pushing for a long time, especially for rehabilitation,” says Lindsay. It also increases access and equity for those who don’t live in urban centres. “It’s really important not to miss follow-up appointments, having your blood pressure checked regularly — and you can still do that in a virtual world.”

But anyone with worsening symptoms or new sudden onset symptoms should go to a hospital, she adds. And anyone experiencing chest pain or other signs of a heart attack or stroke should call 911.

That’s because those who seek immediate help have better outcomes than those who ignore symptoms until they get worse. “People can become really seriously ill or worse by ignoring their symptoms or being afraid [to go to the hospital during COVID-19],” says Lindsay, “but if you need help, you need to get it.”

7 Foods Your Heart Will Love

Heart to Heart: Do You Need an ER or an Antacid?