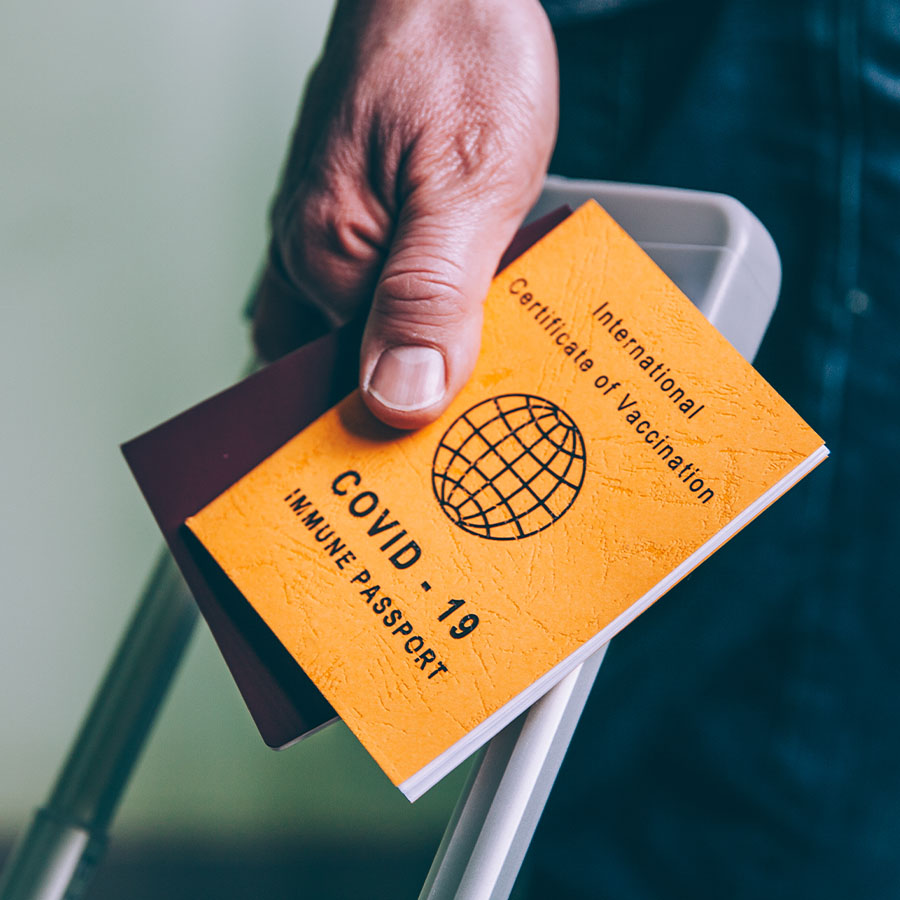 The Prime Minister appears to back an international vaccine passport, but he says a similar plan for domestic purposes brings in “questions of equity.” Photo: GettyImages/Chalffy

Vaccine passports could be coming to Canada.

The Canadian government has sounded hesitant in the past about the idea of a vaccination form or passport for travel. But Prime Minister Justin Trudeau and his cabinet have changed their tune considerably over the past week or so.

Speaking to the media last Friday, Trudeau suggested that requiring someone to show proof of vaccination before they travel to Canada is the same thing as requiring vaccination against yellow fever or other diseases, which is quite common in some places.

“There are countries in the world where you shouldn’t go unless you can prove you’ve been vaccinated against certain tropical diseases,” the prime minister said.

Asked about requiring a COVID-19 vaccination for international travellers, Trudeau said in French that it “is something that countries are actively exploring and we’re among those countries.”

“The prime minister and most premiers concluded that having a validation of vaccination is absolutely imperative for international travel, but for other activities like going to a sports event or to the theatre, strikes me as counterproductive at this point,” Horgan said at a news conference.

“When it comes to travel, international travel specifically, there’s an absolute need to make sure that you can certify that you’ve been vaccinated coming into a community.”

Seychelles, which is highly dependent on tourism, is now allowing visitors with proof of a COVID-19 vaccine to enter the country. They must show a negative result from a test taken within 72 hours of their arrival and stay at approved hotels, however.

Greece, Iceland, Spain and other countries have floated the idea of vaccine passports.

Walt Judas, CEO of the Tourism Industry Association of British Columbia, has publicly backed the idea.

“Until we get herd immunity here, we need a bridge of some kind (to reopening borders),” he said. “Whether it’s a safe-travel digital passport or whether that includes rapid testing, those are things that our industry desperately needs to salvage another year of difficulty.”

The most aggressive country in the world on this front might be Israel, which has a so-called “green pass” program that lets vaccinated residents dine out at restaurants, go to live theatre productions and visit the gym.

Trudeau appears to back an international vaccine passport, but has said a similar plan for domestic purposes brings in “questions of equity.”

“There are some people who, because of medical conditions or other reasons, will not be able to get vaccinated,” he said. “There are others who are not on priority lists who will have to wait much longer before getting vaccinations. These are things that we have to take into account.”

Meet the Snowbirds Determined to Take Flight This Winter