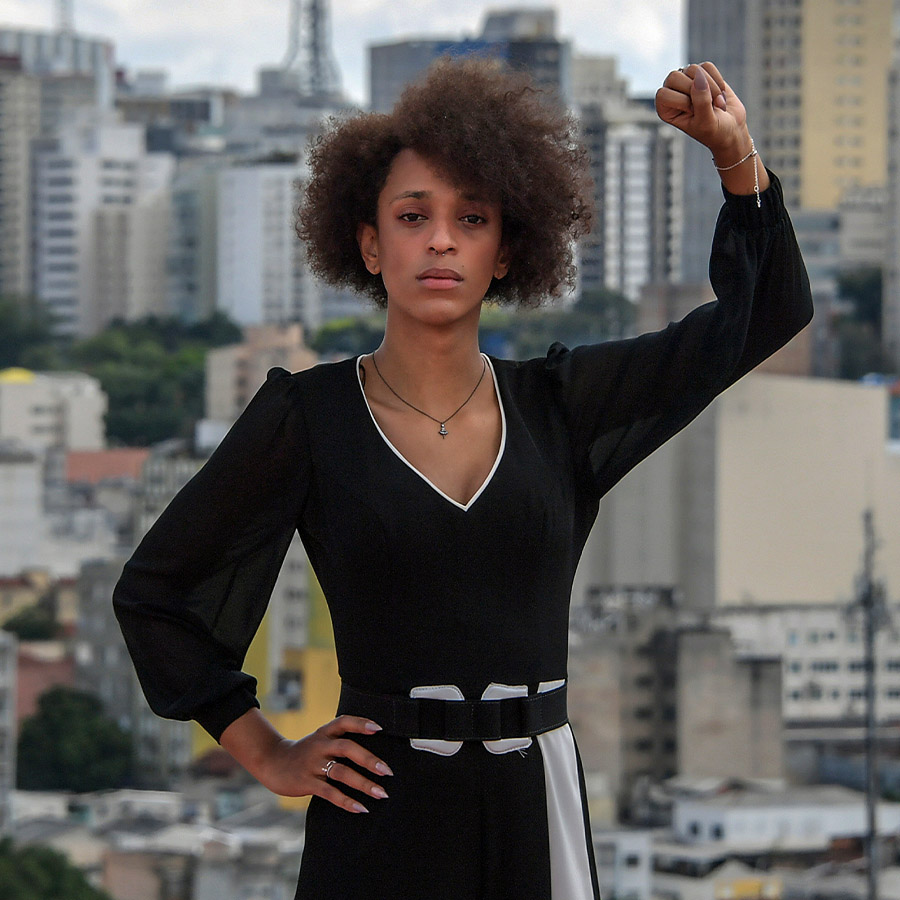 Brazilian trans councilwoman Erika Hilton, 28, became Sao Paulo's first transgender city councillor when she was elected in 2020. Recent research has shown that, of trans people between the ages of 16 and 70, boomers report an average 24-year delay between starting to identify as trans and living in their affirmed gender. Photo: Nelson Almeida / AFP / Getty Images

There are a few common identity milestones that transgender, or trans, people experience across their lives.

One is starting to feel different than the sex assigned to them at birth. Another is identifying with a trans identity — for instance, as a trans man or genderqueer person, meaning they don’t identify with a binary gender such as a woman or a man. There also is the experience of living in line with this identity, which can include disclosing it to others, and changes to a person’s name, pronouns and appearance. And then there’s accessing gender-affirming medical care like puberty blockers, hormones or surgeries.

These milestones can happen at any age in a person’s life, despite stereotypes that trans people must have always known they were trans. Some people may not go through all the milestones. And although these are common milestones, they are not exhaustive, and no singular narrative captures all trans people’s experiences.

As an assistant professor of psychology at Michigan State University and director of Trans-ilience, a community-engaged research team, I study how stigma and oppression influence mental health, as well as ways of being resilient in the face of such challenges.

Recognizing that there is no “one way” to be trans, I surveyed 695 trans individuals aged 16 to 70. My collaborators Samantha Tornello, Brian Mustanski and Michael Newcomb and I explored how common identity milestones for transgender people may relate to mental health, and how generations experience these milestones differently. Our peer-reviewed study was published in early 2021.

Our research showed that Generation Z, born from 1997 to 2012, and millennials, born from 1981 to 1996, are more diverse in their gender identities than older generations. This is particularly true when it comes to identifying as genderqueer, nonbinary and agender. For example, 24.5% of Gen Z participants identified as nonbinary, whereas only 7.4% of boomers identified this way.

The Generation X participants, born from 1965 to 1980, and baby boomers, born from 1946 to 1964, were more likely to identify as trans women compared with younger participants. And overall, trans women reported later ages of starting to live in their affirmed gender and receiving gender-affirming medical care relative to the other gender groups. Trans women were, on average, around 31 when living in their affirmed gender all of the time; other gender groups ranged from 21 to 25 years old.

We found little difference between the generations in when they recognized that their gender felt different than their sex assigned at birth. On average, this happened around age 11, with the youngest age reported for this milestone being 2 years old.

However, the boomers reported reaching the other major milestones later than younger groups. For example, boomers were, on average, around age 50 when they were living in their affirmed gender all the time. In contrast, Gen X was 34, millennials were 22 and Gen Z was 17.

Gen Z and millennials also reported much shorter gaps between reaching milestones. For instance, the boomers group reported an average 24-year delay between starting to identify as trans and living in their affirmed gender. There was just a two- and three-year gap for Gen Z and millennials, respectively.

Notably, there can be many challenges to coming out and living in an affirmed gender that should also be taken into account. These barriers include living with a family that is not supportive, being concerned about violent attacks and not having access to appropriate medical care.

As trans people affirm their genders, our study found there are clear benefits to their mental health.

Regardless of the age at which milestones were experienced, respondents who reported living in an affirmed gender and accessing trans-related medical care also reported less internalized stigma, anxiety and depression, and what researchers call gender nonaffirmation — such as being misgendered, which includes others using the wrong pronouns for the individual or having their gender disrespected by others.

Given these findings, supporting trans people in affirming their gender identity can benefit their mental health and well-being. This can mean addressing family, school and legal realms so that trans people are respected and supported.

Despite the benefits of affirming one’s gender, the younger generations reported greater stressors — such as internalized stigma or invalidation of their gender — and symptoms of depression and anxiety compared with older generations.

In other words, it appears younger trans people are facing greater mental health challenges and exposure to stressors, even while they are coming out and affirming their genders at younger ages.

It may be that trans people develop resilience and resistance strategies as they age that help them navigate oppression while improving health and well-being.

It’s difficult for trans people to come out and affirm their gender identity in a society where they — especially trans people of colour — are targets of violence and murder, their histories are erased and their rights are under attack.

In light of my team’s findings, supporting and validating trans people is a meaningful way to reduce the health disparities in this marginalized community.

Jae A. Puckett is an Assistant Professor of Psychology at Michigan State University

Remembering Stonewall and The Marginalized Activists That Created a Movement

The Salah Effect: How Salah Bachir Harnessed a Passion For Social Justice and Became a Master of the Fundraiser