Trained on Smelly Socks, Bio-Detection Dogs Are Able to Sniff Out COVID-19 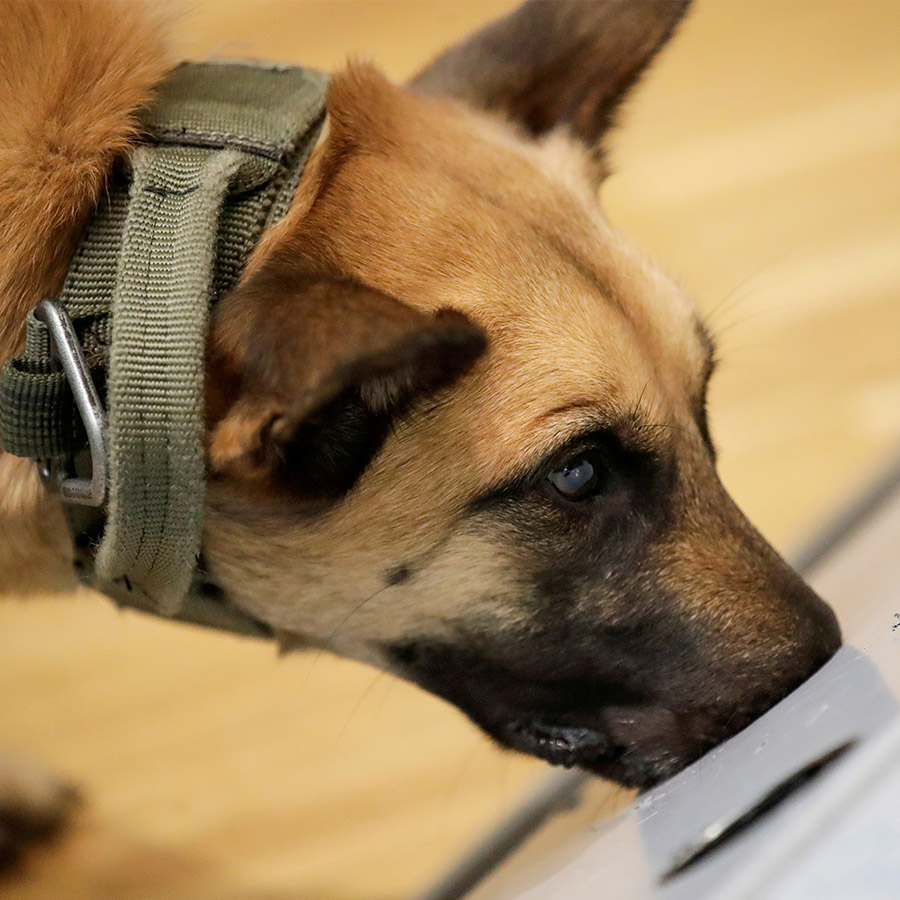 Sniffer dogs trained using smelly socks worn by people infected with the SARS-CoV-2 virus could soon be used at airports or mass gathering venues to pick up the “corona odour” of COVID-19-infected people, British scientists said on Monday.

Working in teams of two, the COVID-trained dogs could screen a line of several hundred people coming off a plane within half an hour, for example, and detect with up to 94.3 per cent sensitivity those infected, the scientists said.

Presenting results of an early stage study – which involved some 3,500 odour samples donated in the form of unwashed socks or T-shirts worn by members of the public and health workers – the researchers said the dogs were even able to sniff out asymptomatic or mild COVID-19 cases, as well as cases caused by a mutant variant that emerged in the UK late last year.

“Dogs could be a great way to screen a large number of people quickly and prevent COVID-19 from being re-introduced into the UK,” said Steve Lindsay, a professor at Durham University’s department of biosciences who worked on the study.

James Logan, a disease control specialist at the London School of Hygiene & Tropical Medicine who led the project, said the major advantage of sniffer dogs over other screening methods such as lateral flow testing is their “incredible speed and good accuracy among large groups of people”.

The British research, published online on Monday before being peer-reviewed, adds to other pilot projects in Finland, Germany, Chile and elsewhere which are trialling COVID-trained sniffer dogs at airports.

This accuracy is higher than recommended by the World Health Organization for COVID-19 diagnostics, Logan’s team said, with the dogs outperforming lateral flow tests, which have an overall sensitivity of between 58 per cent and 77 per cent.

Independent experts cautioned that the findings would need to be replicated in real-world situations.

“This proof of concept study suggests that trained detection dogs could be used in places like airports, sports stadiums and concert venues,” said Lawrence Young, a virologist and professor of molecular oncology at Warwick University.

“The big question is will this approach work in the real world on people rather than samples of socks and shirts?”