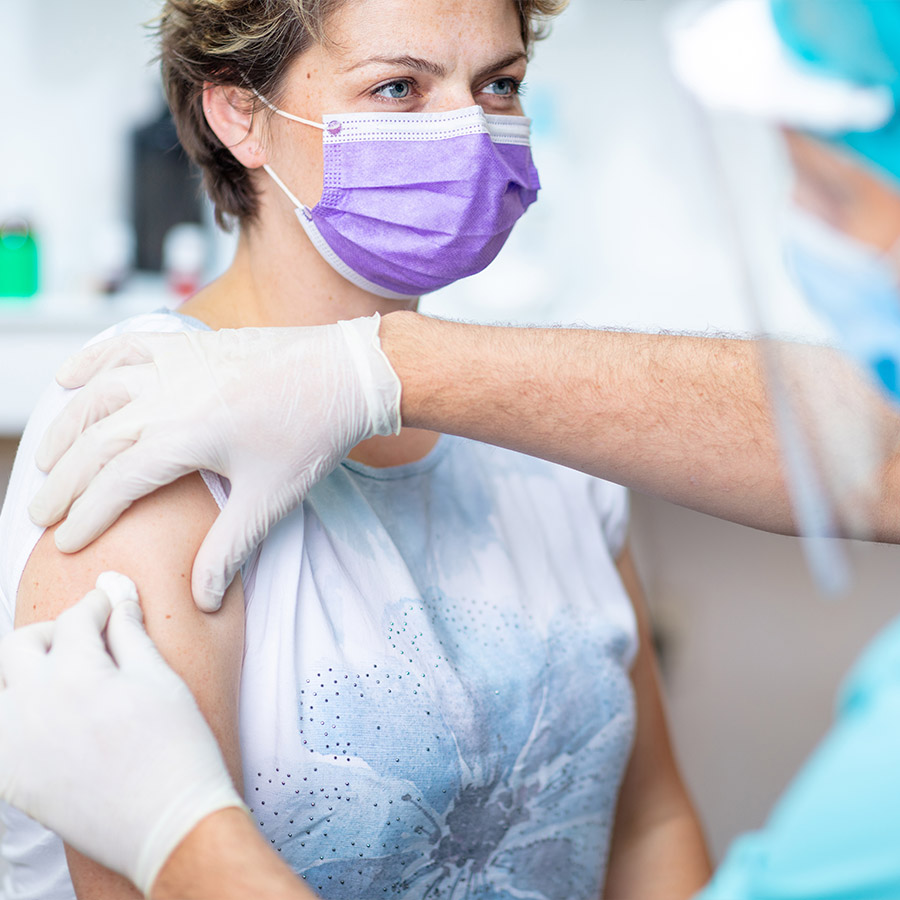 Dr. Jen Gunter, author of "The Menopause Manifesto," is pushing for a better understanding of COVID-19 vaccine side effects that have been reported by women, which include menstrual changes, breakthrough bleeding after menopause and swollen lymph nodes. Photo: zoranm/Getty Images

North America’s most famous, and outspoken, gynecologist, Dr. Jen Gunter, has made a career combatting misinformation and lack of communication about women’s health issues. One of her more immediate concerns is about the possible side effects of mRNA COVID-19 vaccines on women.

These may include menstrual changes, breakthrough bleeding after menopause and swollen lymph nodes in the armpit or around the collarbone. They’re all side effects that have been reported anecdotally by women but no research has been published.

“Bleeding that is heavy enough to require a trip to the emergency room would be picked up in most vaccine studies, but not an early period, breakthrough bleeding, a heavier period, or a more painful one. This lack of information is maddening,” writes Gunter, the Winnipeg-born author of the bestselling The Menopause Manifesto, on her blog.

The effects of the vaccine discussed by women on social media was first reported in April in The Washington Post publication for women, The Lily.

On Twitter, Janette Langill wrote: “I had my 1st covid vaccine (Pfizer) … and I am now experiencing my first menstrual cycle in 28 months. I’m in menopause.”

In response, Kate Clancy, professor at the University of Illinois School of Integrative Biology wrote: “I’ve heard this from a few others!” Clancy then asked women to complete a survey about menstrual irregularities or post-menopausal breakthrough bleeding after vaccination.

Gunter is upset about the situation, “not because I think there is anything harmful happening to the uterus post vaccination, but because this is something we should understand. And, people like to be warned of side effects in advance.”

She believes, “the most likely mechanism for bleeding within a few days of the vaccine is due to an impact on the lining of the uterus (endometrium), since the endometrium is part of the immune system.”

Breakthrough bleeding in post-menopausal women is always concerning because it may be a sign of pelvic cancer and it has not yet been widely acknowledged as a side effect of the vaccine.

Swollen lymph nodes have been getting the most attention because they can be a symptom of breast cancer and show up on mammograms and other screening images.

“They look the same, they’re swollen and they’re new from when we compare to previous tests,” said Jean Seely, head of breast imaging at Ottawa Hospital, in an interview with CTV News. “So normally, that would be a sign of cancer if we see new swelling of the lymph nodes in the armpits.”

Dr. Seely is also president of the Society of Breast Imaging. According to an advisory released in January by the group, roughly 11 per cent of people experience this side effect after their first shot of the Moderna vaccine, with around 16 per cent experiencing it after the second shot. Cases of this side effect were also reported among those who received the Pfizer-BioNTech vaccine, but the exact percentage is unknown.

“I don’t think we’ve seen the full extent of it yet,” Seely said, adding that it’s nothing to panic about. “It’s very likely the normal immune response of the body to the vaccination.”

Lymph nodes are an integral part of the body’s immune system and so it’s not surprising that they’re affected by the vaccine, said Cleveland Clinic diagnostic radiologist Dr. Laura Dean. “The whole point of the vaccine is to get your immune system to mount a response to whatever the vaccine agent is.”

If there is swelling, it usually occurs under the arm that was inoculated. It’s recommended that mammograms be scheduled either before the first dose of a COVID-19 vaccine or about four to six weeks following the second dose.

Seely also explained that swollen lymph nodes in the armpit would show up on any CT scan of the chest, as well as ultrasounds and MRIs of that region. “This can happen to men, it can happen to women,” she said. “It’s very important for all imaging specialists to be aware of this and other physicians to be aware of it too.”

She said that with patients who have experienced this side effect, it was resolved within three to four weeks. At six weeks after inoculation, all side effects should be fully gone, so if a patient was still experiencing mysterious lumps after that time period, that would be concerning.

“Anything longer than that, we would definitely want to make sure that there was no cancer.”