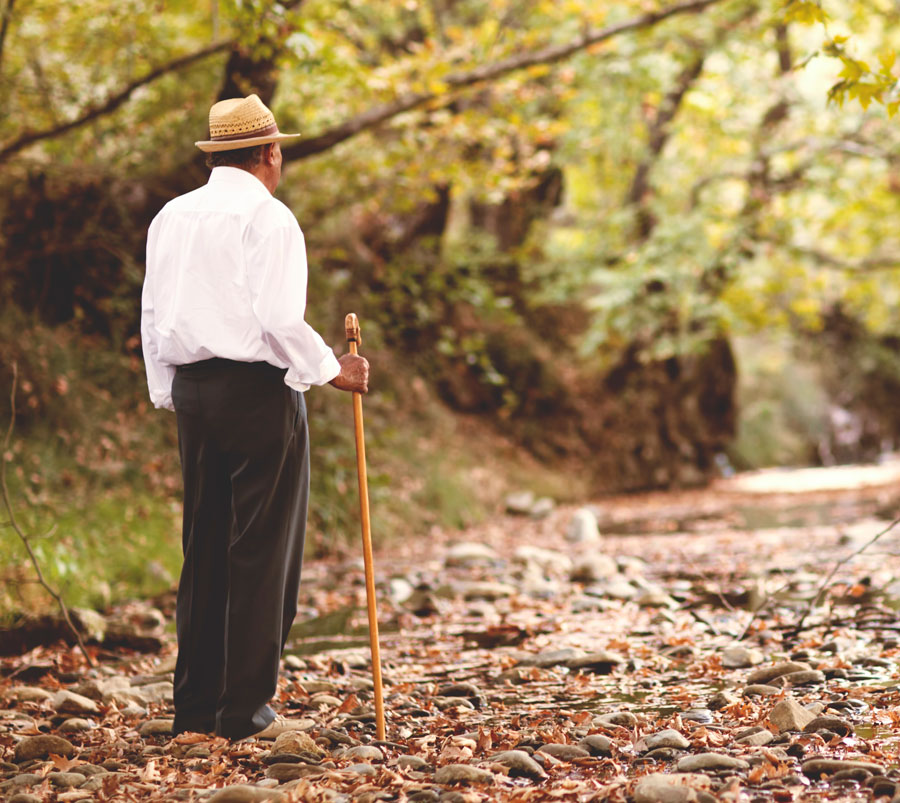 Older people are a high-risk group for mental health challenges simply because of the changes that can come with aging. Photo: Thanasis Zovoilis/Getty Images

More than 1.8 million Canadians over the age of 60 live with a mental health issue or illness, according to the Mental Health Commission of Canada.

“There’s a tendency to experience a lot of loss; loss of loved ones, loss of independence. [And] when we’re not doing all the things that we like to do that puts us in a greater risk category for experiencing mental health conditions like depression or anxiety.”

Palmer, who has a PhD in neuropsychology, laid down some sobering facts about aging and mental health.

“It’s predicted that in the next decade loneliness is probably going to be the No. 1 risk factor for death among seniors — a greater risk factor than heart disease.”

And seniors “have the second highest rate of suicide — successful suicide,” she pointed out.

Stigma around mental health can be a barrier to support says Palmer.

“Rather than saying, ‘Of course you’re depressed, you can’t walk the way you used to.’ Acknowledge that mental health challenges are not a normal part of aging — older people are simply at greater risk.”

What to Look Out For

It’s important to recognize signs of trouble, in others — and ourselves. They can include:

In general, people tend to be less engaged and motivated Palmer explains.

“If I were to say, ‘Hey mom, there’s this great new Elton John movie coming out. We could go together!’ If she’s not excited or says ‘Oh, I don’t know honey’ my ears would certainly perk up. We want to be in tune and aware of changes.”

“It can become a negative cycle; I’m not feeling motivated and great and, as a result of that, I’m not going to go out and do things. But the reality is, going out and doing things makes me feel motivated and good.”

Even if it’s simply commuting to a five-minute walk each morning, Palmer stresses the importance of activity.

And what she calls  “loving nudging” is how we can help friends or family members stick to it.

“Instead of ‘Did you go for a walk?’ suggest, ‘How about I come over and we go for a walk,’ or, ‘Why don’t you take your cell phone and we’ll chat as we both go for a walk,'” she says. “To me there’s a million solutions, you just need to be creative and think outside the box.”

One of the goals of programming at Amica residences is to keep people engaged and that involves a “discovery process” to find out what they like and what brings them joy.

“We’ve had residents who’ve gone skydiving even. So figuring out what brings the joy and then facilitating it,” Palmer says. “That’s one part, the bucket list — the one-off big event. But then it’s the ongoing regular stuff like volunteering and giving back to the community — that brings a lot of purpose and meaning to people’s lives.”

Volunteering or mentoring also gives people fulfilling ways by which they can share their skill set and years of experience with others.

Social isolation has been shown to increase one’s risk of death by 26 per — as bad for our health as smoking and obesity.

Do you feel like you have a close friend here? That’s one of the questions included on Amica’s resident satisfaction survey.

“Whether that close friend is a team member or a fellow resident or a family member who comes in regularly, we really want to help build those relationships,” Palmer says. “Because through the relationship building, we add purpose and meaning.”

She points to initiatives like the GenWell Project, which promotes face-to-face interactions to alleviate loneliness and social isolation.

“There’s focused attention on getting people to, you know, go have coffee with the neighbour down the street,” Palmer explains “to put down devices and interact and socially engage with people in ways that our lifestyle now tends to prevent.”

A version of this story was originally published on Oct. 10, 2019