Movement With Meaning: How Dance Therapy Is Helping Those Living With Parkinson’s and Other Diseases 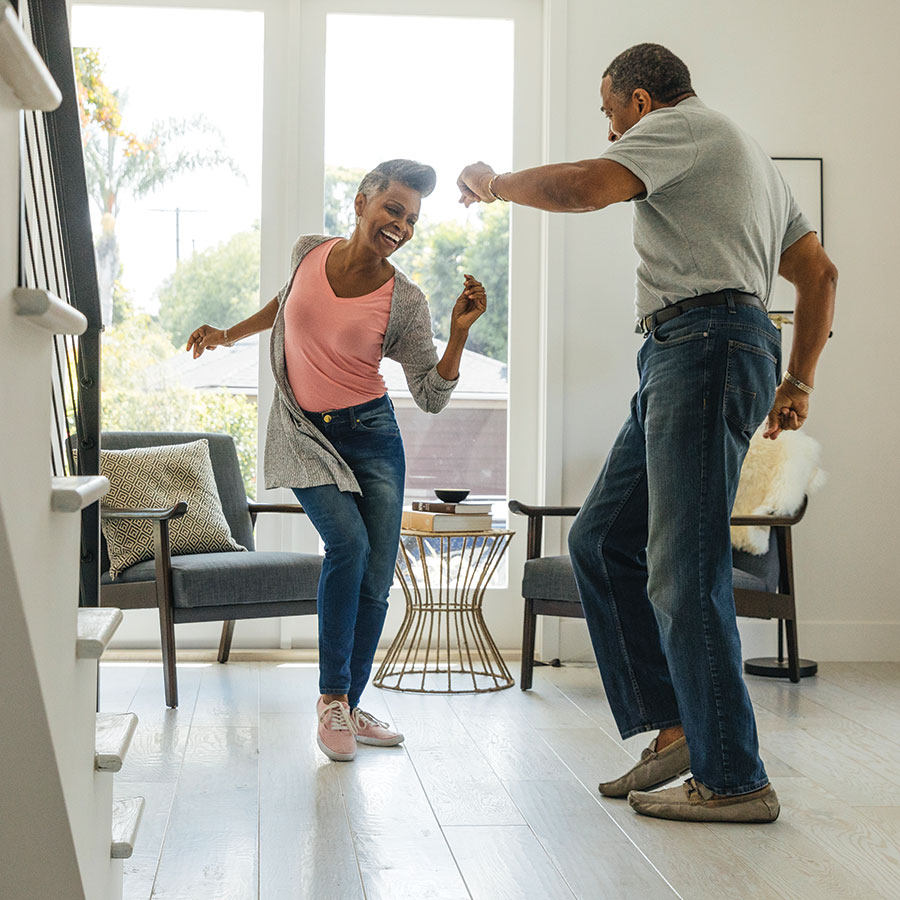 Dance therapy has emerged as a treatment for Parkinson's and other diseases, with patients experiencing physical and mental health benefits. Photo: The Good Brigade/GettyImages

Archie Reid, a retired video editor at the CBC, never dreamed he’d be dancing to tango music week after week. But that’s exactly what the 79-year-old resident of Victoria Harbour, Ont., has been doing on a regular basis for the last four years.

Diagnosed with Parkinson’s disease (PD) at the age of 75, he was referred to dance therapy classes led by Rebecca Barnstaple in nearby Midland .

“That’s one of the things about Rebecca,” he says, “she’s a real tango fan.”

Her passion for the tango overlaps perfectly with another passion: healing people’s bodies and minds through dance.

Barnstaple, 44, was one of the first certified dance therapists to be trained in Canada, completing the course at the National Centre for Dance Therapy in Montreal, a program of Les Grands Ballets Canadiens.

Her post-doctoral research­ at the Multisensory Neuroscience Laboratory at York University contributed to a study published this month in the journal Brain Sciences about how dancing to music can halt the progression of Parkinson’s.

Researchers found that participants who took part in weekly dance classes saw significant improvements in speech, tremors, balance, and rigidity. Unlike those in the non-dance group, both movement and psychological symptoms did not deteriorate over three years.

Barnstaple continues to research the positive effects of dance. She’s been involved in a study at the York University lab about the impact of online dance programs for people with PD during the pandemic; the results are now in pre-print.

And she recently submitted an abstract to the Society for Neuroscience that looks at how improvements in the scores of people with PD on the Geriatric Depression Scale correlate with changes to a brain region known to be involved in depression. “People have fewer negative feelings and more positive feelings after participation in class,” she explains. “Dance enhances quality of life for people whether they’re healthy or living with disease.”

She adds, “Lots of studies have shown that dance can improve gait, balance, range of motion and mobility. The benefit to cognitive health and affect is more surprising to people.”

Nadine Lalonde, who was diagnosed with rheumatoid arthritis six years ago at the age of 51, can’t say enough good things about the benefits of the dance programs led by Barnstaple.

“It changes my mental acuity and ability to think differently and solve problems,” says the Penetanguishene, Ont., resident. “My creativity is higher.”

She attributes that in part to the positive encouragement in the class but especially to the music.

“It uplifts and brings joy. I really like the tango music because of the deep passion, but Rebecca will often play gospel which is very spiritual and rhythmic to help you feel grounded and solid.”

She adds, “The odd Led Zeppelin helps, too.”

Actually, she “hobbled in” to the first class, she says.

“Movement is good because you tend to stiffen up when you have arthritis and keeping the blood circulating is good for healing. Also, strengthening muscles gives support to the joints.”

Best of all, she says, “Rebecca has a way of tricking us into not thinking of the pain and that changes the pain.”

Barnstaple explains, “Dance is an all-encompassing activity with many more dimensions than just movement or exercise. It engages neural mechanisms, the music is evocative and moving to music is artistic and expressive. It’s movement that has meaning.”

For Ann Marie Wierzbicki, 68, who was diagnosed with Multiple Sclerosis five years ago, the dance therapy program is crucial to helping her strengthen her sense of balance and improve her physical confidence.

“I am more able than I was because of dancing,” she says.

Just as important, she insists, is the social aspect of dancing.

“I had a session where I was so dizzy that I did it from my chair,” she recalls. “And that really helped the day be a good day. It’s so affirming for anyone who has a chronic condition that goes under the radar in other social interactions. As much as the physical part of it, dancing makes me feel like the Queen of Multiple Sclerosis.”

Through a partnership between the Cummings Centre and the National Centre for Dance Therapy in Montreal, Barnstaple has also provided dance therapy for people with dementia and their caregivers.

And she’s involved in a study with IMPROVment in North Carolina; they are running a randomized control trial on the benefits of improvised dance for people with early-stage dementia and their care partners.

“We work on balance, but also focus on the connection between the person with dementia and their care partner. They take turns leading and following, shifting the relationship. The dance environment provides a time and place for that, for two people exploring movement together and their relationship with each other.”

Archie Reid and his wife Margaret, who has been diagnosed with Lewy body dementia, look forward to dancing together again. Before she was hospitalized with a broken hip last month, they were participating in Zoom classes.

‘It’s a very positive thing in my life,” he says. “We’ve made friends through this program. As soon as possible, my wife will drag me back.

“We want to keep going.”

Barnstaple’s dance therapy programs are provided through Chigamik Community Health Centre and free daily online dance classes for all seniors are offered by Dancing with Parkinson’s.