Grandparenthood: How a Generation Gap Allows a Stronger Bond to Flourish 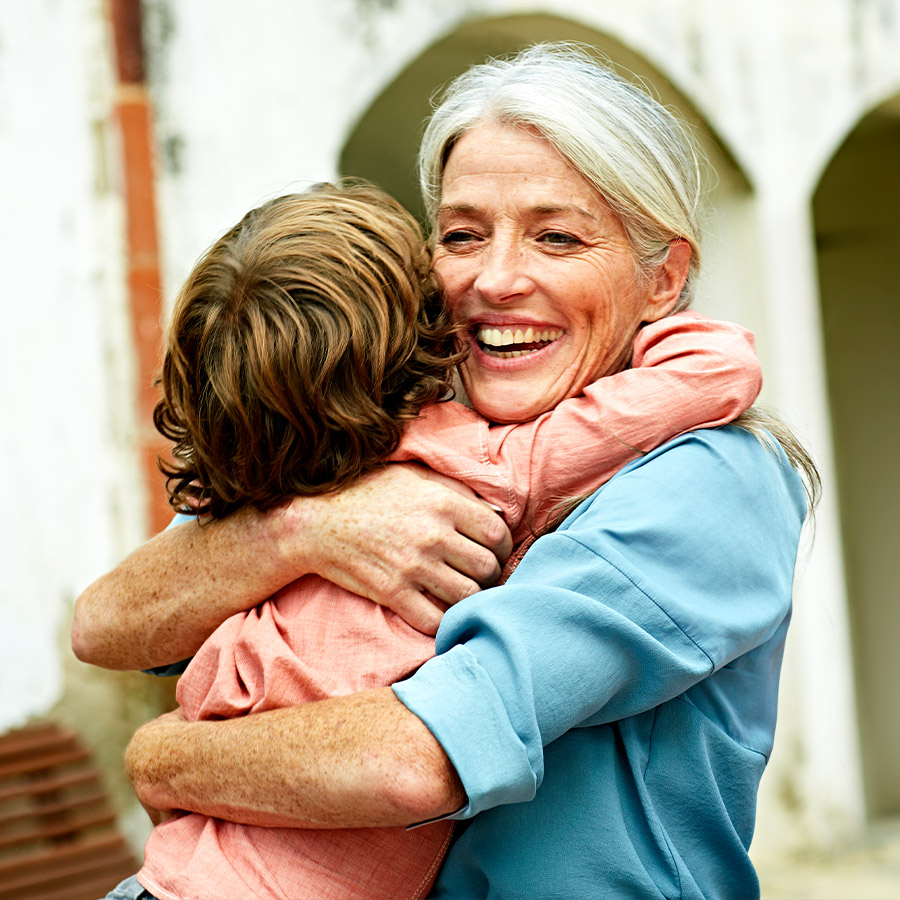 After COVID paused visits with his granddaughter, journalist Jay Teitel reflects on how the generation gap allows him and other boomers to forge a special bond with their grandkids. Photo: Morsa Images/GettyImages

Two months before her first birthday, my granddaughter slept over at our house for the first time. In the morning, she crawled into a corner in our upstairs hallway, stood up — and caught her face between two spindles. When she finally calmed down, my wife told her she was fine, she just got stuck for a second. “I got guck,” she said. Then she laughed.

Just before her second birthday, my granddaughter was sleeping over again, and in the middle of the night we heard plaintive sounds over the baby monitor. When I went in to check on her, she was sitting up in her crib, in which she had just thrown up, but her main concern was not being able to find her lizard, Wizard. I found Wizard, picked her up, and asked her what happened. “Jadie,” she said, apparently delighted. “I barfed!”

Just before her third birthday, her parents dropped my granddaughter off for another sleepover, but I was out at the time. “Where’s Jadie,” she asked her grandmother, “at Costco?” (I was.)

Just before she turned four, at yet another sleepover, my wife decided to blow bubbles with her in the backyard, but had some trouble getting the lid off the bubble container. “Bubie,” said my granddaughter. “How hard can it be?” I mentioned that her comment could be considered rude, and went into the house. She followed me into the kitchen, and looked at me from the end of the table.

“Well,” I said, “you win some, you lose some.” She grinned and gave me the double thumbs-up, like a three-foot-tall Don Cherry.

And then she turned four in September of 2020, the year of COVID. A week later she started kindergarten. And the sleepovers stopped.

Anthropologically, grandparenthood is a relatively modern phenomenon. In prehistoric times, with average lifespans of 30 years, humans as a rule didn’t live long enough to be grandparents. It wasn’t until the Upper Paleolithic era, around 30,000 B.C. (32,000 B.COVID), that lifespan lengthened sufficiently for grandparents to make the scene. This development coincided with a sharp rise in human populations, as a well as a dramatic flowering in cultural and social behaviours. One theory holds that grandparents were actually responsible for much of that flowering. Increased caregiving for the young gave people time to attend to more than just brute existence. So grandparents, it can be argued, may have given birth to modern civilization.

They also gave birth to a truism, best expressed by American writer Gore Vidal. “Never have children,” Vidal wrote, “only grandchildren.” By the end of the 20th century, the strong relationship between grandparent and grandchild had been codified into popular culture. The first two decades of the 21st strengthened the bond even more. My parents saw my kids more often than my grandparents saw me, but their involvement was a quantitative world apart from the in-person contact my wife and I have enjoyed with our granddaughter from the moment she appeared in our lives. This is no accident: Boomer grandparents have put a new signature twist on the institution. Part of this has been practical necessity — financial help and caregiving time required — but it’s equally about our knack for going overboard. We invented helicopter parenting, and now we’ve refined it into helicopter grandparenting. And it is this pastime that has been interrupted so profoundly over the past year and a half by COVID’s curse.

You may be familiar with the YouTube video of a pandemic-bound 85-year-old woman named Rose Gagnon hugging her granddaughter and great-grandchildren through a transparent plastic contraption erected on her front lawn in Illinois. Every grandparent knows Rose Gagnon’s heart — especially if they’re Canadian. In Canada, grandparents are almost twice as likely as their American counterparts to live within commuting distance of their grandchildren, mainly because Canadians as a whole move only half as much as Americans. This means we are uniquely vulnerable to in-person separation.

First came the big lockdown in the spring of 2020, when we couldn’t see our grandchildren, then the return to school in the fall and again this spring when lockdowns ended, which paradoxically meant we couldn’t see them again, because they were mixing with other kids who were potential carriers of the virus. There is no more perverse wrinkle in COVID’s DNA than its targeting of us as prime victims and our grandchildren as an asymptomatic delivery system.

But through it all, the virus couldn’t have packed its little poison punch without the special bond. Why? The answer is a given by now.

Grandchildren are children with the good included and the bad removed. You can kidnap grandchildren and spoil them for a day, then give them back to their parents before they get cranky or obnoxious. From the grandchildren’s viewpoint, highest on the bonding list is probably the spoiling itself, followed by our blanket approval of them as the greatest thing since sliced bread.

But I think there’s something deeper that they — and we — value even more: the liberating simplicity of the  space between us. If grandchildren are like children without the complications to us, we’re like parents without the complications to them. The generation gap between parent and child is like the space between tectonic plates. It’s dense enough that at times everybody has trouble breathing. Widen the gap a generation, and suddenly there’s oxygen everywhere. Parents look at children with pure love, and dread. Grandparents keep the love but discard the dread, because someone else is feeling it for us. The result is an easier intervening space, a little more buoyant, a lot lighter. And in that space grandchildren can say almost anything.

My granddaughter can stand in my kitchen and comfortably tell me she doesn’t love me, for instance, because she knows clearly what my reaction will be: ironic, not personal, and in keeping with her assessment of me as a “bad joker.” She knows that I won’t have to treat her chutzpah as a teachable moment, as her parents might; I can just settle back and admire it. She knows my wife and me with perfect certainty — we’re the simplest creatures she has met in her life, the most open of books. We do nothing but affirm her. If the day comes when she tells a teacher she couldn’t finish her homework because her grandfather died, I’ll be proud of her. I might be offended if she doesn’t.

The secret is, it works both ways. We feel that conversational liberty, too; we can say things to our grandchildren that virtually nobody else will. I realized this recently, as it happens, standing in line to get my first dose of the COVID-19 vaccine, and wondering how much longer our self-imposed quarantine would last. But I should have recognized it a while ago, since the day of my mother’s funeral in the winter of 2014, a year and a half before my granddaughter was even born. The chapel service that day included a moving eulogy delivered by my older sister’s two sons, which ended with a funny story about a visit the boys made, when they were nine and 10, to my parents’ winter place in Florida. After the service, my nephews confided that they’d wanted to tell a different story about a joke my mother told them on the same trip, but they’d decided against it. They told me the joke. I told them I agreed with their decision. Lately I’m not so sure.

Harry, a milkman, makes daily deliveries to the home of Mrs. Jones, a young housewife. Every day Mrs. Jones’ order is the same: a pint of cream and a bottle of milk. One day, though, Mrs. Jones meets Harry at the door with a different order: the same pint of cream, but 20 bottles of milk.

“I thought I’d take a milk bath,” says Mrs. Jones. “And I need enough to fill the tub.”

In a million years, no matter how old I was, my mother would never have told me that joke. I was only her son.

And she was speaking only as a grandparent.

A version this article appeared in the June/July 2021 issue with the headline “No Greater Love,” p. 72.

Recipes From “My Big Fat Greek Cookbook,” A Son’s Ode to His Mother’s Culinary Legacy