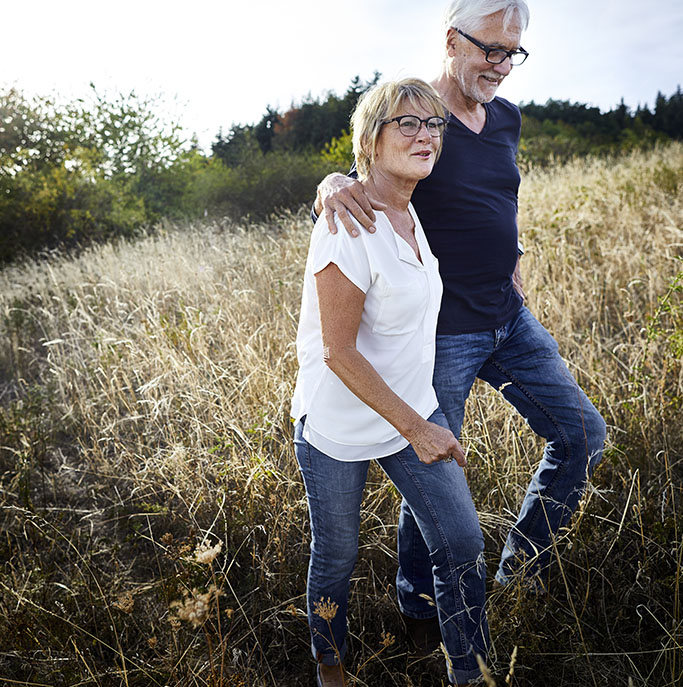 When it comes to unlocking the health benefits of walking, there's more to consider than your daily step count. Photo: Oliver Rossi/GettyImages

Pandemic restrictions have led many people to start walking more, often because they’ve had few other things to do or just as a way to get moving. Walking workouts have even become popular, with plenty of “challenges” and exercise videos to be found online.

Walking is good for you, there’s not much doubt about this. As a way of adding physical activity into your life, it has many advantages. There’s a very low barrier to entry, meaning almost everyone, regardless of age or ability, can start walking regularly as a form of exercise.

Walking has clear benefits on keeping our bodies functioning as we get older, improving cardiovascular health, helping lose fat mass and maintain muscle mass, and helping to maintain bone density as well. And these benefits are true for people of all ages. It seems that the more active you are as a young adult can affect overall health and (in rats, at least) bone and muscle physical function in later life.

Walking outside is also associated with mental health benefits, particularly if you’re able to walk in parks or green spaces. Such “green exercise” can improve mental health and wellbeing, reduce symptoms of depression, and lower blood pressure to a greater degree than similar urban exercise.

These effects are so strong that walking on a treadmill in a sterile laboratory environment, but while watching a TV showing green spaces, can improve stress responses and improve self-esteem and mood when compared to watching scenes of urban built environments.

But how many steps are required? Although we’re often told to aim for 10,000 steps a day, this number is not really evidence based. In a study of 16,741 older women (average age 72 years), people who walked less than 2,000 steps a day were shown as having the highest risk of death from many different causes, such as cancer or cardiovascular disease. People who walked more were less likely to die from any cause.

This effect plateaued at about 7,500 steps, suggesting (at least in this population of older women) that activity beyond this didn’t impart further benefit in terms of mortality. Simply put, walking more likely helps you live longer, but 10,000 steps wasn’t any different to 8,000 steps. Similar results are seen in adults older than 40, with a plateau in effectiveness of increasing step counts somewhere between 8,000 and 10,000 steps.

Another factor to consider is walking pace. As intuitive as it may seem, it’s worth pointing out that walking faster is better for you than walking slowly. In a recent randomised control trial, 12 months of walking five times a week for 50 minutes at low speed didn’t improve measures of fitness, while walking at a faster speed did. (The researchers used a personalised measure for each person – so “fast” versus “slow” depended on each individual.)

Walking speed is also a predictor of mortality in older people. People who walk slower are much more likely to die over the next 14 years of all causes than those who walked at a faster pace.

But while walking is good for you, it’s not a magic cure for everything. To gain even further benefits, consider adding in both higher intensity exercises and strengthening exercises, as recommended by the World Health Organization and NHS England.

This should include vigorous, challenging, quick movements that get your heart beating faster and make you out of breath — such as running or cycling up hills, sports games, or walking up stairs. Again, intensity is at play here. So although walking is good for cardiovascular fitness, running is better, even if you still only use similar amounts of calories on a short run versus a longer walk.

Muscle strengthening exercises, such as weightlifting, are also great for building muscle mass and strength at all ages. These will help maintain muscle mass and function with older age, and are associated with reduced incidence of chronic diseases.

Importantly, losses in muscle mass and function start in your 30s-40s. So exercising while you’re younger isn’t just good for you now, but could help your health and function decades later.

Activity trackers can also help you keep an eye on how many minutes you’re active daily. Most smart phones have apps built in and many are freely available to download.

So, is walking good for you? Yes. Do you need to walk 10,000 steps a day? Probably not, but it’s not going to do you harm if you do. If you are trying to maximize your gain in health benefits through being more active, consider adding in other types of exercises alongside lighter activities like walking that challenge your fitness and strength.

Bradley Elliott is a Senior Lecturer in Physiology at the University of Westminster.  This article is republished from The Conversation under a Creative Commons license.