Home Work: If Your Step Count Is in the Double Digits, Maybe It’s Time for Some “Exercise Snacks” 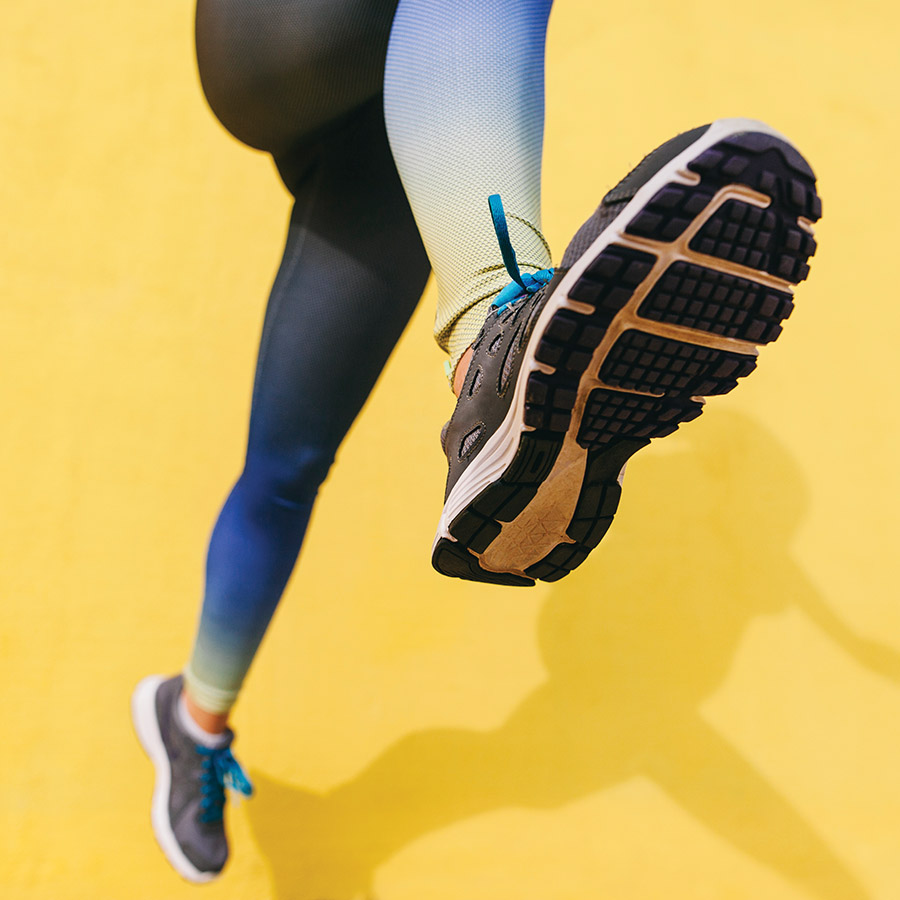 New research shows short bursts of activity can have a real impact on physical and mental health. Photo: Westend61/Getty images

Extra pounds are probably the least of our pandemic worries, but the sedentary double-whammy from stay-at-home orders that restrict our movement and lockdowns that shutter gyms is all too real. We used to walk to the bus stop, climb stairs or run an errand at lunch, but now our work-from-home days are punctuated by trips to the kitchen.

Fortunately, new research shows short bursts of activity can have a real impact on physical and mental health. As insignificant as they may seem, these “exercise snacks” can really add up. “Some people think exercise is this special thing we do in a special place after we change into special clothing,” says Martin Gibala, a professor of kinesiology at McMaster University in Hamilton. “The big picture is it’s just about activity, and there are lots of ways to build it into your day.”

While the Canadian government recommends 150 minutes a week of moderate to vigorous aerobic activity in addition to bone- and muscle-strengthening exercises at least two days a week, there’s no denying the cumulative effect of exercise snacks on everything from muscle strength to cardiovascular health to mood – and even weight. No specific equipment is necessary, and everything can be done at home. The best part? Everything counts.

Everybody’s spending a lot of time indoors these days and, whether you’re listening to an audiobook, making a social call or need a break from the computer, you can rack up steps just walking around the house. Kick it up a notch by walking in a figure eight around furniture. “That way,” says Margot McKinnon, founder of Body Harmonics Pilates studio in Toronto, “you’re moving your ankles in a different plane. You’ll feel the side hip muscles and obliques work a bit more. It’s just more three-dimensional.”

Wall sits – where you keep your back flat against a wall, slide down as if you were sitting in a chair and hold it for 30 seconds – are good for legs and butt. “Those brief 30-second efforts are really important,” says Gibala. “And they can add up over the course of the day.”

You can add squats, jumping jacks, burpees, lunges and planks to your routine. To release neck tension, just hum for one or two minutes. That “primes the deep core system of support for the torso and spine,” McKinnon explains.

In one study conducted at McMaster by Gibala and his colleagues, participants ran up three flights of stairs three times a day, three days a week – about 20 seconds of effort each time. After six weeks, their aerobic fitness had improved by about five per cent. “If you can get your heart rate elevated for a 10-minute period of time once during the day, that’s great,  either through a continuous period of exercise or by doing these short, vigorous bouts,” says Gibala.

Indeed, regular huffing and puffing is essential, although that means different things to different people. “You’ve got to get out of your comfort zone sometimes,” he says. “It’s hard to climb stairs at a low intensity. Even a fit person can be a bit winded after several flights.” Starting out might mean two or three flights of stairs in 20 seconds and working up to six. “Normalize to your own sense of effort,” cautions Gibala. “Don’t overdo it.”

McKinnon notes that doing step-class type exercises on the stairs –
up a stair (or two) with one leg, then the other; down with the first leg,
then the second, for example – will have benefits. And holding a can of soup in each hand will only increase the impact.

Pilates, a low-impact exercise focused on strength and flexibility, is surprisingly adaptable to a chair and that means you can focus more on endurance and less on balance.

Even with Zoom on, the movements in a five-minute series from McKinnon will be barely detectable. But the result will be more mobility, flexibility, some strengthening and stress relief. Sit tall at the front edge of your chair with equal weight on the buttocks and aim for 20 repetitions of each movement. The series works everything from the feet to the top of the head and includes lifting and lowering your heels, pulling in your abdomen for 15 seconds, pulling shoulders back slightly and shoulder blades together and even rolling your tongue back in your mouth as far as you can.

All you need is a pair of sneakers and a chair to do Chris Jordan’s new seven-minute standing routine.* Almost a decade ago, the director of exercise physiology at the Johnson & Johnson Human Performance Institute in Florida devised the Scientific 7-Minute Workout, high-intensity exercises that offer many of the benefits of endurance training in a fraction of the time.

His latest routine does away with floor exercises, can be adapted to almost any fitness level and repeated if time is not a factor. Each of the 12 exercises – variations on squats, push-ups and planks with some cardio blasts – is done for 30 seconds with five seconds rest in between and includes marching or jogging in place, wall push-ups, a standing bicycle crunch and jumping jacks.

The old wisdom was that exercise needed to be done in bursts of no less than 10 minutes each. But as Jordan discovered with the high-intensity workout and Gibala with the stair-climbing study, even a few seconds here and there can make a difference. At the University of British Columbia, scientists compared one group doing three 20-second sprints on a stationary bike with two minutes of rest in between with another group doing the same three 20-second sprints but with an hour of rest in between. After six weeks, both groups saw similar improvements in aerobic fitness.

Last year, a team from the University of Texas in Austin went a step further to determine the shortest possible high-intensity interval that produced results. Three times a week, 39 healthy but sedentary men and women aged 50 to 68 sprinted on special bikes for four seconds 15 times with 56 seconds of rest in between. By the end of the eight-week trial, participants only required rest periods of 26 seconds between sprints, and their fitness had increased by about 10 per cent. Muscle mass and leg strength increased, and stiffness in their arteries had diminished – impressive results from only three minutes of exercise a week.

Can you overdo exercise snacks? “Generally speaking, the more the better,” Gibala says, “but if you are just starting out, build up the number of snacks over time.” There is a point of diminishing returns depending on your age, fitness level and exercise regime, but the benefits are higher with fewer blasts of exercise. “The risk is not doing too much; the risk is continuing to do too little.”

A version of this article appeared in the April/May 2021 issue of Zoomer magazine with the headline “Home Work,” p. 26.

At-Home Workouts You Can Do in 10 Minutes

5 Ways to Get the Most Out of Online Fitness Classes