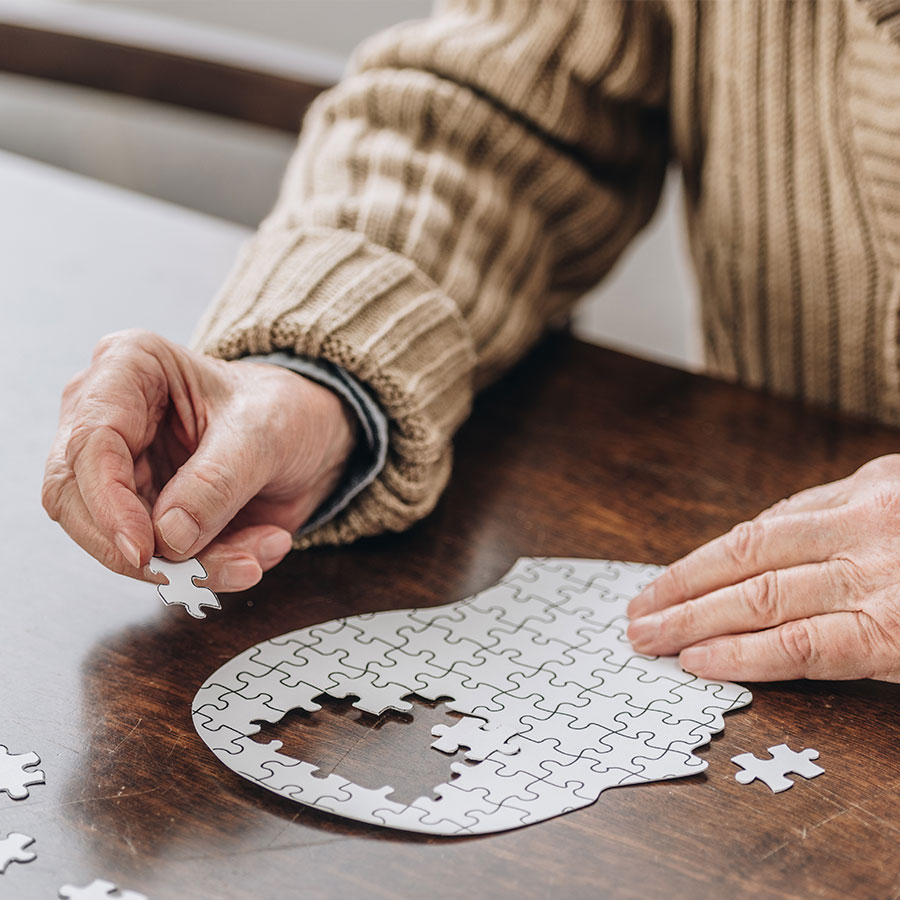 Since memory is not a single entity, three Montreal researchers say it’s important to recognize that there are different types of memory, and the extent to which they are affected by Alzheimer’s disease. Photo: LightFieldStudios/GettyImages

Alzheimer’s disease, a type of neurodegenerative dementia that affects memory, is well known in Canada, where more than half a million people live with it. This number is expected to double in the next 10 years as the population ages.

As researchers at the Laboratory of Neuropsychology of Aging at the research centre of the Institut universitaire de gériatrie de Montréal, we are studying this question. The answer isn’t simple.

Alzheimer’s disease affects memory. But memory is not a single entity, like a basket in which all our memories are piled together. So it’s important to recognize that there are different types of memory, and to what extent these are affected by Alzheimer’s disease.

One type of memory includes the personal memories of events we experienced since our early years.

A bit like a photo album, episodic memory includes things like memories of our childhood, the first time we moved, our best vacation, but also what we did last weekend and what we had for breakfast this morning.

These are the memories that, in order to be recalled to the surface, require us to make a sort of “mental journey” in time to place ourselves back in the context of the event we experienced: When was it? Where were we? With whom?

Unlike episodic memory, semantic memory gathers memories that do not need to be reactivated by putting them into context. We are referring here to general knowledge about the outside world, which is not linked to a specific place or time.

For example, if we wonder what animals have shells, or who Céline Dion’s husband was, we don’t need to think about a specific time in our lives to find the answer. We don’t have to specifically remember the context in which we learned this information. It is general knowledge, embedded in our memory.

Despite the fact that they’re related, these two types of memory are nevertheless supported by partially distinct regions in the brain. The production of memories of past events (related to episodic memory) involves the hippocampi, structures in the medial temporal lobe that are located in the middle of the brain, as well as the frontal lobe, which contextualizes these memories.

On the other hand, general knowledge memories (related to semantic memory) involve the parahippocampal regions, the structures located just around the hippocampi and the anterior part of the temporal lobes (temporal poles).

What About Alzheimer’s Disease?

So what is more worrisome, forgetting the name of the film you watched the previous night, or mixing up the names of famous singers?

Typically, Alzheimer’s disease is associated with a decline in episodic memory. Patients will complain that they can’t remember events they’ve experienced, conversations they’ve had or things they’ve done. It is this type of memory that is most often tested in neuropsychology when assessing dementia, and it is also this type of memory that is studied in the vast majority of research being carried out on Alzheimer’s disease.

However, a new paradigm is emerging in clinical research, particularly in the laboratory where we conduct our research.

Recent studies show that in the progression of Alzheimer’s disease, semantic memory is affected first. We have seen that even before forgetting their memories of past events, patients show a gradual decline in their general knowledge.

For example, they have more difficulty than healthy older adults in naming celebrities such as Albert Einstein, or identifying well-known logos such as Pepsi. They also have difficulty answering questions about the biography of celebrities — for example, whether Maurice Richard was a singer — answering specific questions about objects or animals — does an ostrich run, fly or swim? — or recognizing objects such as a harmonica, a helicopter or an igloo from a drawing.

According to a study that evaluated different cognitive functions in several hundred elderly people, individuals who will develop Alzheimer’s disease start to have deficits in semantic memory up to 12 years before being diagnosed with dementia. Semantic memory difficulties occur before forgetting past events, spatial-temporal disorientation, loss of personal belongings or speech difficulties.

However, these deficits are rarely reported by people when they complain about their memory, as they usually find ways to compensate for these difficulties in their daily lives. They will use catchwords, such as “thing,” to describe concepts that they can no longer name. This explains why semantic memory has been studied very little in relation to Alzheimer’s disease.

We often worry about our memory and fear Alzheimer’s disease as we age. This is completely normal. In clinical neuropsychology we often see elderly people complain about their memory even when they aren’t experiencing any difficulties at all! You should not be alarmed by slight forgetfulness, because subjective complaints are not necessarily linked to real memory deficits. These complaints may, for example, be associated with the presence of anxiety or depressive symptoms or a feeling of loneliness.

Nevertheless, knowing the early signs of Alzheimer’s allows us to be on the lookout for the first manifestations of the disease. When we notice that words are increasingly “on the tip of our tongue,” that we can no longer tell stories as accurately as before or that we have difficulty naming or using everyday objects — and that this worries us or our loved ones — it may be appropriate to schedule a visit to the doctor or neuropsychologist.

Fortunately, some actions can be taken to promote our cognitive health. First of all, intellectual stimulation is important: reading books, doing Sudoku, crosswords or puzzles, playing board games and social activities can improve resistance to developing cognitive disorders. Also, a healthy lifestyle is important.

Regular physical activity, a good diet and good sleep habits are also as beneficial to physical health as they are to cognitive health.