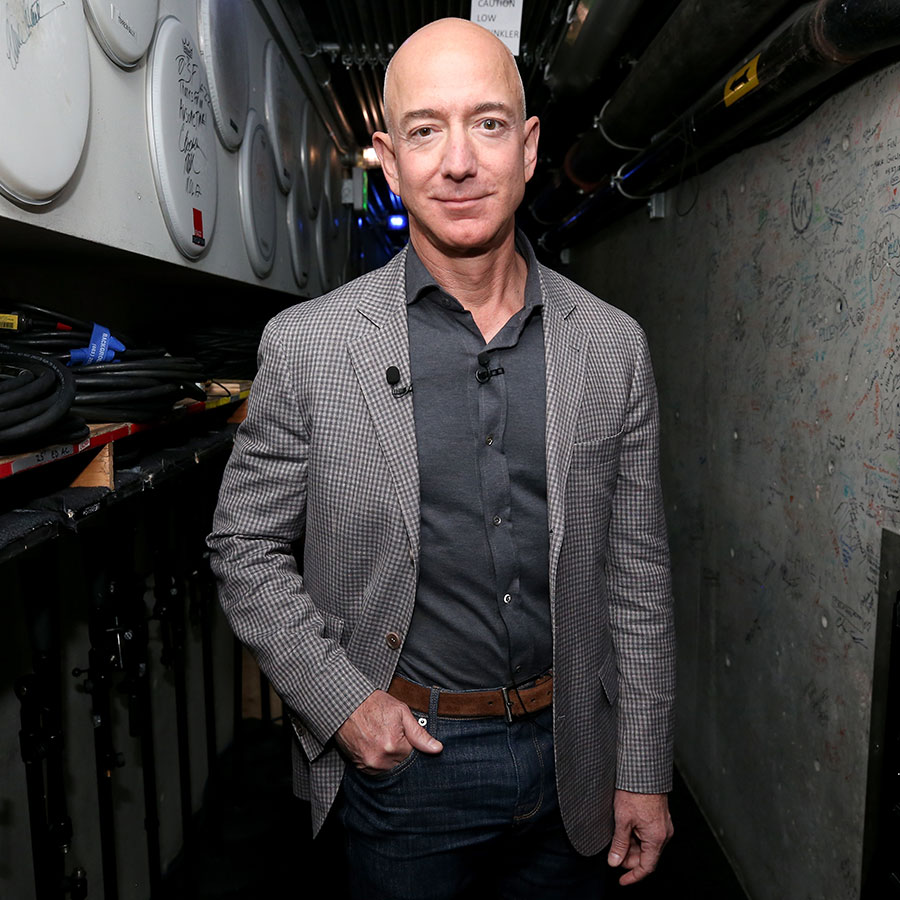 Reversing the aging process isn’t exactly rocket science. And that might just be the problem for billionaire Amazon founder/amateur astronaut Jeff Bezos.

The 57-year-old recently invested in a startup called Altos Labs, which, according to Technology Review, “is pursuing biological reprogramming technology, a way to rejuvenate cells in the lab that some scientists think could be extended to revitalize entire animal bodies, ultimately prolonging human life.”

Of course, when your bank account runs into the US$200 billion range, most things in this world seem possible. For example, if you want to buff up, buy an ill-advised cowboy hat and fly a penis-shaped rocket to the edge of space, you can open your chequebook and get it done. But reversing aging? That’s not quite as easy.

Altos Labs has brought on a number of leading scientists to spearhead the effort, and also “plans to open several institutes in places including the Bay Area, San Diego, Cambridge, United Kingdom, and Japan,” according to Interesting Engineering, which added that their success in reversing the effects of aging could reap a monetary windfall in the billions of dollars.

Ah, to discover the fountain of youth, then bottle it and make a profit off of it. That’s the dream.

That said, we’ve seen this sort of thing before. Google-backed Calico Life Sciences aimed to counter the effects of aging and its related diseases when it was founded in 2013. But, as Nasdaq.com notes, it “has produced no major breakthroughs and two of its top scientists jumped ship for greener pastures.” In fact, Nasdaq added that “the track record of billionaire-funded firms with lofty goals for human longevity isn’t particularly stellar.” That includes Bezos’ previous investment, Unity Biotechnology, which began with a similar goal as Altos Labs but failed to stop/reverse aging, lost a bunch of money in the process and laid off 30 per cent of its staff to refocus its research goals away from combating aging.

So what does it say when elite scientists, backed by some of the world’s richest people, can’t reverse the aging process? Is it a sign that perhaps aging isn’t a process that’s meant to be reversed? Could there be better pursuits for billionaires to chase than trying to remake themselves into Benjamin Button?

Perhaps. Still, some scientists claim they’ve reversed aging in older patients using techniques like oxygen therapy. Others, like Dr. Aubrey de Grey, have dedicated their lives to researching ways to combat aging and believe that the human lifespan could extend to a thousand years.

No one, though, ever seems to have an answer for what we would do with an extra 50 to 920 or so years of life. Travel, I suppose. Or binge-watch seasons 110 to 120 of Law & Order: Special Victims Unit (you know that show will outlive us all).

If Bezos — who took part in “the first unpiloted suborbital flight with an all-civilian crew” on his New Shepard rocket (created by his space exploration company, Blue Origin) in July — lived to be 1,000, he could use that extra 943 years to make the 14-month roundtrip to Mars roughly 808 times, depending on how long he parks himself on the Red Planet.

And that, actually, opens another interesting avenue in which Bezos could combine his passion for space flight with his passion to combat aging.

The length of a year is measured differently on different planets. For example, a year on Mars is 687 days — nearly twice as long as a year on Earth. So if we assume that age is just a number, Bezos could aim his next rocket at the planet that best suits his aging desires.

According to the handy (and free!) online planetary calculator provided by San Francisco-based Exploratorium, Bezos, who is 57 years old on Earth, would actually only be 30 years old on Mars — incidentally, the age he was when he founded Amazon. Just imagine the reaction of all the little Martians as Bezos struts across the Red Planet nearly 30 years younger: “Hey, who’s the Earthling with the ridiculous cowboy hat?”

Meanwhile, on Jupiter, where one Earth year equals to about 0.08 Jovian years, Bezos would only be around five years old — which essentially makes that planet our solar system’s most distant pre-school. However, on Mercury, where one Earth year equals roughly four Mercurian years, Bezos would achieve the opposite of his desire and instantly become a space-age Methuselah at 239 years old. Aside from the extreme aging, Mercury is also the closest planet to the sun. As such, its close proximity to a large, orange ball of gas essentially makes it the “Republican Party” of planets.

The one hiccup in this space-aging plan is the question of how, exactly, we do age in space. Allure took a deeper look at aging among the stars and, it turns out, there’s a lot we don’t know about how outer space affects our bodies. We do, as their story noted, know that the lack of gravity helps eliminate wrinkles — which could save Bezos a bit of cash if rumours of him receiving some sort of facelift, or fillers, ahead of his space flight in July are true. The story also points out, though, that zero gravity would also likely negatively impact bone, muscle and heart health, while space radiation raises the risk of cancer.

So it looks like Bezos might be stuck between a moon rock and an old place: continually grasping at anti-aging straws on Earth, or flying to a planet with a calendar that allows him to artificially lower his age.

There is a third option, however: age gracefully and with vitality and make the most of it. For some perspective, Steve Jobs, another pioneering billionaire, died 10 years ago this October at age 56 — just a year younger than Bezos is now. Nature doesn’t care about how much money you have or how many anti-aging startups you invest in.

That doesn’t mean that we shouldn’t do our best to live long and healthy lives. And, in the end, it’s Bezos’ money and he can spend it however he’d like.

On the upside, the more money he invests in combating aging and building phallic rockets, the less he has to spend on new cowboy hats.

Giving Well Is the Best Revenge: Mackenzie Bezos Pledges to Donate Half of Her Settlement to Charity