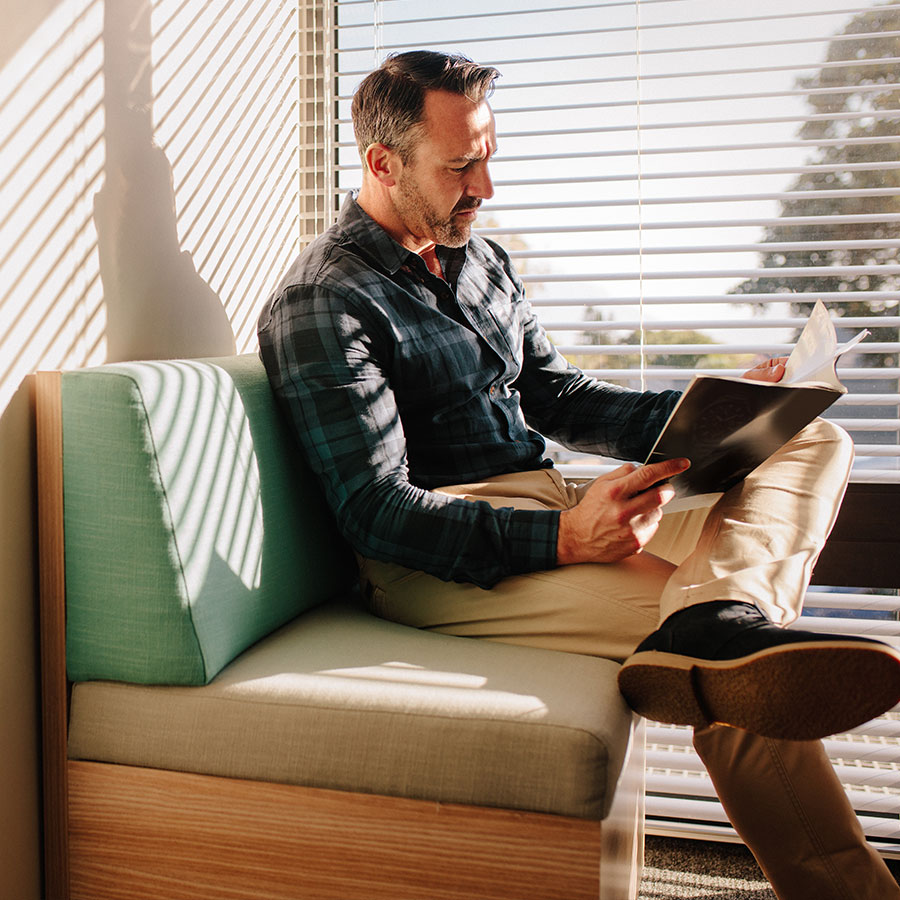 In recognition of Prostate Cancer Awareness Month, we talk to an expert about the disease's genetic component, treatment options and the importance of early detection. Photo: Jacoblund/Getty Images

It’s not something men want to talk about unless something goes wrong.

They use slangy euphemisms instead: privates, family jewels, junk.

They take for granted that their genitalia and reproductive organs are in good working order and require no maintenance beyond, perhaps, a little pick-me-up pill now and then.

But one in nine men will be diagnosed with prostate cancer in their lifetime.

This month alone, during Prostate Cancer Awareness Month, it’s estimated that more than 1,900 Canadian men will have found out that he has cancer of the prostate, malignant cells in the gland that produces the fluid that transports semen to its destination.

Prostate cancer is something that Charlie Taylor, 58, does want to talk about.

In fact, he talks about it rather a lot.

The Moncton, N.B., resident talks to support groups for men with prostate cancer, to their partners and, often, he talks one-on-one with men wrestling with tough decisions about treatment and its effects on quality of life.

Taylor knows what he’s talking about.

His father died in 2000 at the age of 68, just six weeks after being diagnosed with prostate cancer.

“It had already metastasized into his bones,” he says.

“There is a genetic component to the disease,” explains Dr. Stanley Liu, radiation oncologist at Sunnybrook’s Odette Cancer Centre in Toronto, and scientist in molecular and cellular biology at Sunnybrook Research Institute. “It’s a disease of older men, classically, but we do see a surprising number of younger patients and the vast majority of them likely have a genetic component. And in younger men, the disease can be more aggressive.”

If someone’s father or brother has prostate cancer, the risk of getting it is doubled, says Liu.

Inherited mutations in the BRCA-1 and, particularly, BRCA-2 genes increase the risk factor for prostate cancer, as is the case for breast cancer.

That’s why every year, starting in his early 40s, Taylor made sure his prostate-specific antigen (PSA) level was checked regularly. By the time he was 49, it had been elevated for three years. Biopsy results came back with all eight samples positive for cancer.

“What was going through my head was if the same thing that happened to my father was going to happen to me,” Taylor recalls.

With that worry, he wanted to take no chances on letting cancer cells linger in his body even if meant some loss of sexual function.

He opted for a radical prostatectomy to get rid of as much of the cancer as possible.

Taylor has been free of cancer for eight years but has experienced the erectile dysfunction that typically follows the radical surgery.

It’s something he speaks about frankly.

“The body doesn’t perform like God created it to perform,” he says, “and that does affect the mind, too. You still want quality of life and sex is part of that.”

Taylor and his wife have been married for 34 years and he says, “We just deal with it but it’s tough sometimes, as a guy, because it’s not just about me. It’s about satisfying my wife and sometimes that can’t happen.”

Taylor has researched the drugs that can help restore sexual function temporarily and reassures people he counsels that this is possible.

He calls trimix, which is injected, “an amazing drug — it works like you’re 19 again, but it’s not spontaneous.”

Radiotherapy is an equivalent alternative to surgery, according to Liu.

The results of a large, randomized British clinical trial showed that for men with low or intermediate risk disease, after 10 years, the prostate survival rate was identical whether men had surgery or radiation therapy. Patient-reported outcomes showed that with radiation there were fewer issues with erectile dysfunction and urinary incontinence.

The important finding, emphasizes Liu, is that, based upon this randomized trial, “whether you have surgery or radiation, it’s not going to make a difference in how long you live from prostate cancer.”

He suggests that many men, because they meet first with a surgeon for the biopsy procedure, continue discussing surgical treatment, especially outside of big urban centres where access to advanced radiation treatment is limited.

But he adds that it is becoming more routine for newly diagnosed men to meet with a radiation oncologist before deciding on treatment.

The Importance of Early Detection

Liu notes, too, that there have been “significant advances in radiation therapy for prostate cancer that now allow for highly targeted and shorter treatment times, called stereotactic radiotherapy, pioneered by a colleague, Dr. Andrew Loblaw, at Sunnybrook.

“The MRI linear accelerator at Sunnybrook, championed by Dr. Arjun Sahgal, gives a real-time picture of the tumour during radiation and allows us to adapt our radiation treatment in real time, which may translate to less toxicity, while requiring only five days of treatment.”

When Liu first began delivering radiation to prostate tumours, there were 39 days of treatment required, he recalls.

But the best approach for prostate cancer may be early detection. If caught early, patients with low-risk disease can often be closely monitored by ‘active surveillance’ and delay or avoid treatment, suggests Liu.

Regular digital rectal exams(DRE) by family physicians are helpful in detecting prostate irregularities as is testing PSA levels in the blood.

In some provinces, including New Brunswick, PSA tests are covered by the provincial health plan.

In other provinces, including Ontario, men have to pay out of pocket when referred by their physicians for PSA tests.

“There is a controversy about PSA,” acknowledges Taylor. “It doesn’t prove there’s cancer, but it can tell you there’s a problem with the prostate and more tests are needed. It’s preventative maintenance.”

Symptoms, such as blood in the urine or semen, pain, or changes in urination rarely show up until the cancer is very advanced. “In that case,” says Liu, “it’s often very difficult if not impossible to cure.

“The most common presentation,” he says, “is someone who feels healthy, feels great and has no idea they have it.”

Certainly, that was the case for Charlie Taylor.

“I felt great, with no symptoms,” he recalls. “I’d been on a health kick, I’d dropped 55 pounds, I was out biking, running, reffing basketball at a high level. Yeah, my PSA level was up but I felt so good I figured nothing could be wrong.

“When I found out I had cancer, I was floored.”

Liu is optimistic about advances coming soon in detecting and treating prostate cancer.

He mentions liquid biopsies, which will detect cancer cells that have been shed into the blood and could supplement surgical biopsies when PSA and DRE tests are suspicious. Also, greater access to scanning technology may improve our ability to detect cancer, especially the newest PSMA-PET scan.

“It has so much better sensitivity, specifically to pick up where pockets of cancer might be hiding,” notes Liu.

In the meantime, Taylor urges, “Go get tested. If you have a son, remind them at the age of 45 to get tested. And if there’s a family history, start getting tested at age 40.”

What Movember Really Means To A Prostate Cancer Survivor

Why Eating Mushrooms May Lower Risk of Prostate Cancer