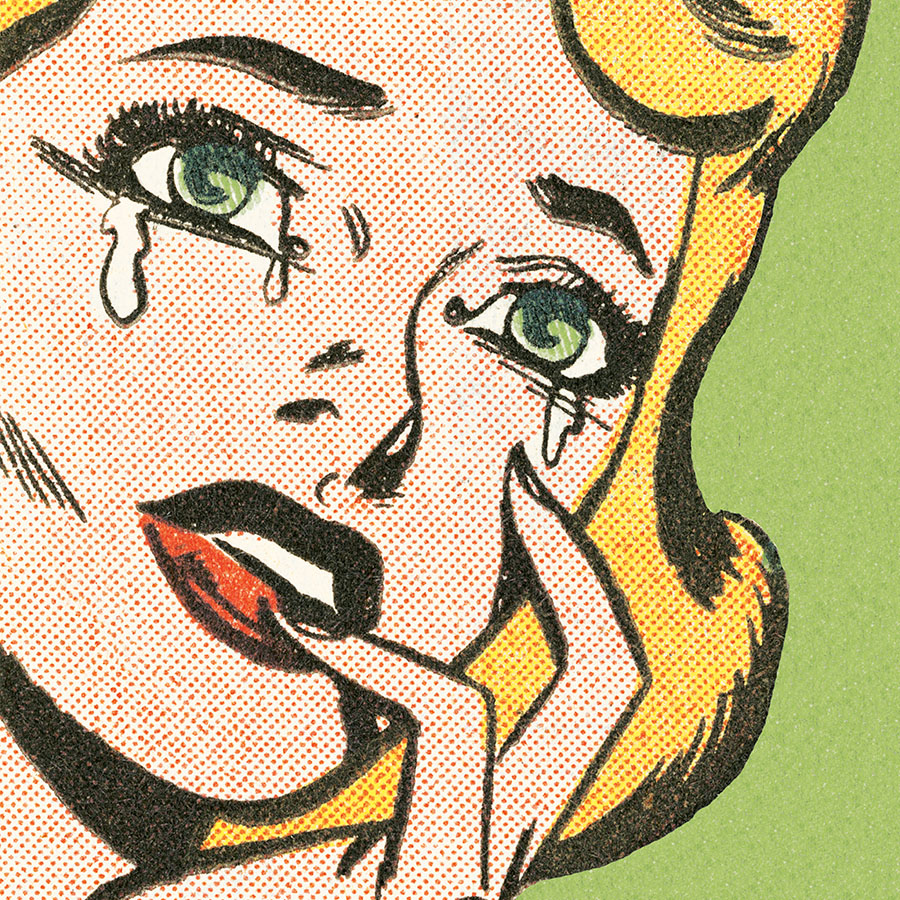 In the first of five diary posts, journalist Viia Beaumanis recalls her hesitance in taking antidepressants and the dire circumstances that finally drove her to her doctor's office for a prescription. Photo: CSA-Images/Getty Images

The first in a droll five-part series in which journalist Viia Beaumanis — 52 and long-time shunner of antidepressants — charts her journey to emotional well-being via mood-enhancing pharmaceuticals during the COVID-19 pandemic.

Like most people, I’ve had to claw my way out of the emotional gutter on occasion. The epic, 2013 breakup of a 12-year relationship that left me bankrupt and barren at 42 springs to mind. Nonetheless, I’d always rejected anti-depressants as a remedy, deciding it was healthier and stronger to process my emotions rather than faux elevate myself with a steady drip of brain-altering chemicals that I viewed with high suspicion.

The mere thought of cycling through the endless options was discouraging. As well, my Viking constitution had rendered me the very opposite of a hypochondriac; I’d have to be bleeding from the eyes to make a doctor’s appointment for anything beyond the most standard annual checks.

Outside of which, I’d read that antidepressants made you gain weight, deactivated your capacity to have an orgasm and required you to renounce alcohol. How any drug that cancelled cocktails, slimness, and getting off could possibly be considered cheering, I had no idea. Growing chubby while suffering a puritan’s abstinence from sexual pleasure and martinis sounded like a depressive, not uplifting, experience. In any case, my melancholy spells were always circumstantial, not inherent. I just needed to fix the scenario — not my brain chemistry.

During my 30s I’d also had a couple of girlfriends who’d gone alarmingly barmy thanks to antidepressants; Effexor (SNRI) and Paxil (SSRI), respectively. Admittedly, they were both dedicated wine enthusiasts — a habit one layered with cocaine addiction — so possibly not entirely the medication’s fault. Either way, I associated the complete shifts in their dispositions — passing out from a moderate amount of drink, odd suspicions, paranoid thinking  — with their prescribed “reuptake inhibitors.” A series of lengthy, absurdist emails about how I’d dropped one’s camera in Belize a decade prior (now apparently indicative of my boundless disrespect for her, rather than the dozen margaritas we’d downed), and the false, though fervently held, conviction that I didn’t like the other’s new hair colour (which now underscored how I’d “always” made her feel insecure about her looks, though I’d only ever thought of her as a bombshell), and these friendships eventually tapered off.

Empirical evidence that only fortified my aversion towards routine pharmaceutical assistance, I preferred a “natural approach” to combatting despair — embracing Cabernet, high-CBD weed, and as-needed lorazepam in times of crisis — over daily doses of medication. My depression-alleviating process was rooted in cases of wine and talk therapy with the few intimates who would listen to me repeat the same tragic details ad nauseam (my mother).

In any case, I’d always prided myself on a certain tungsten resilience; an ability to laugh in the face of calamity. I shared an ongoing joke with a girlfriend that, by the third catastrophe, it’s just funny. For instance, if you get dumped and lose your job, that’s horrendous. But if you get dumped, lose your job, and break your arm, that’s hilarious. Through people often mistake it for glibness, it’s a gift for gallows humour that’s buoyed me through a lot.

When the shit really hits the fan, I’ve always been grateful I was born with a good sense of humour and could find the comedy in it all. How awful it must be, I’d think to myself, having to get through life taking everything seriously.  One day, I realized I’d unconsciously conflated the lines of two of my favourite poets — “She walks in beauty, like the night,” (Byron) and “pledged to love through all disaster,” (Frost) — into my own handy maxim: She walks in beauty though all disaster. Not that that was true. But it was funny.

Nonetheless, by April 2020, I’d plunged into a chart-busting slump, enduring a hellscape beyond my control, or laughter, thanks to pandemic restrictions. Half of my income — and joy — down to travel writing, there was the combined financial strain and lethal boredom of being endlessly grounded. Normally, I’d be sailing up the Mekong River, exploring Marrakech, checking out the design boom in Belgrade, reviewing beach hotels and private islands— and getting paid for the pleasure.

Instead, I was flat broke and binging Netflix. Confined to my living room for months on end, the ennui and money panic were killing. Then, a long relationship with a very close friend came to a screeching halt given his predisposition for (mis)managing stress with explosive outbursts — a propensity that hit volcanic levels thanks to COVID business woes, and was repeatedly turned on me in self-esteem obliterating, verbally abusive assaults.

I would have booked a therapist. Except that’s been fairly impossible for years in Toronto unless you have $125-$200 an hour to spare, or can wait several weeks or months for one covered by the province. Depression and anxiety soaring with the ongoing pandemic, overwhelmed shrinks relegated to video chats, the wait for government-funded counselling is predictably longer, and finding one you can hire directly isn’t much easier. Calling around for a psych professional I’d pay for myself — even just a few sessions — I was greeted by every office with a pre-recorded message announcing that the doctor was “not accepting new patients.”

Sliding into the quicksand of depression — and that’s how it is, you’re up to your ankles and keep wading in, weighted by negative thinking — and with therapy out of the question, it was with huge trepidation that I found myself sitting in a GP’s office asking for medication. The weeping helped.

What I needed was pills.