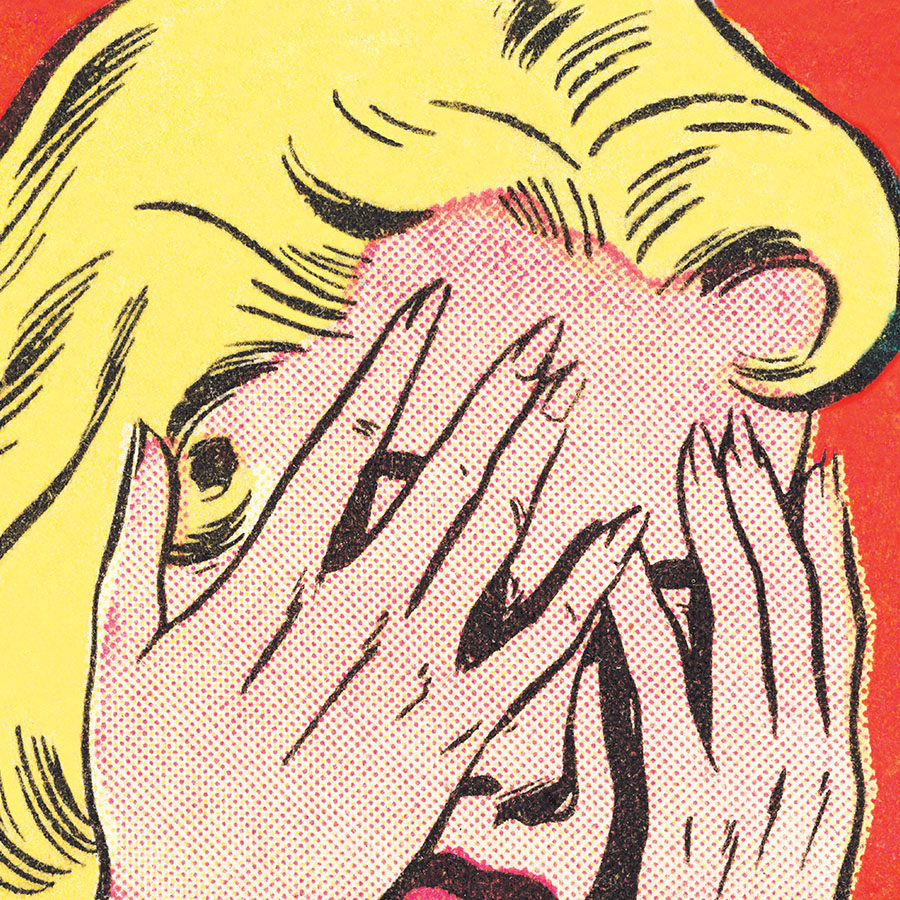 The second in a droll five-part series in which journalist Viia Beaumanis — 52 and a long-time shunner of antidepressants — charts her journey to emotional well-being via mood-enhancing pharmaceuticals during the COVID-19 pandemic.

In this instalment, Beaumanis recounts receiving a prescription for Zoloft — which improved her mood and sleep patterns but leads to some very unexpected side-effects.

Yes please. I would like all of these things. Sounds cheering. Wellbutrin has no “sexual issues” and any drug that might cause me to drop up to 12.9 per cent of my body weight can only improve my outlook. Sign me up.

Only one problem, my doctor explains: I can’t have Wellbutrin. The “protocol” for antidepressant medication is to start patients on Zoloft, which is known to have the fewest side-effects.

Fine. I’ll take anything at this point. I also ask her for an anti-anxiety med while we’re at it: Xanax, Ativan, anything. Given that a cut-glass stress — what Truman Capote called the “Mean Reds,” as opposed to its counterpoint, “The Blues” — is a feature of my … “scenario” these days.

My doctor lectures me on the “addictive” qualities of anti-anxiety meds and says she can only prescribe a month’s worth — “that’s it” — before begrudgingly scribbling out authorization for 30 pills. This strikes me as comical, considering that almost everyone I know has a rolling prescription for these drugs. Maybe I need a new, more jaded, seasoned doctor.

“If I were prone to addiction, we’d know by now,” I chime in. A 52-year-old woman who was bartending at 17, owned nightclubs by 23, and went on to be the social columnist for a national newspaper and then an editor at a fashion magazine — all vocations that (for the most part, back in the good old days) were 70 per cent “work and inspiration” and 30 per cent “champagne, cocaine, and Percodan.”

This explanation falls on deaf ears, as my doctor — a beautiful, early 30s, East Indian keener, two decades my junior who is utterly unimpressed with my obviously salient arguments — supplies me with 30 days of Lorazepam and the same for Zoloft.

FFS I think, walking out.

Zoloft is an SSRI, or selective serotonin reuptake inhibitor. I start taking it every morning with my collagen smoothie and notice an almost immediate, if slightly manic, lift within the first week. A few days later, close friends notice the difference. I’m definitely in a better mood. Also, talking faster. On the other hand, I cannot, under any circumstances, have an orgasm. A colossal downside, but one I’m willing to endure, for the time being, if it keeps my head out of the oven.

When I have a panic attack — random spells of Overwhelming Dread — about once a week, I put a Lorazepam under my tongue. This is a wonderful, instant balm to my ragged nerves and racing negative thoughts. Lorazepam also helps me sleep. A lifetime night owl, it’s been years since I was able to get eight hours in a row, never mind schedule it for normal sleeping hours. Putting myself down at midnight, waking up at 8:00 a.m., completely refreshed, seems like a miracle. I start taking it nightly.

Feeling much improved after a week, I wonder how much of it is the Zoloft and how much is the great sleep? Outside of exercise, good sleep and maintaining it at “regular hours” — the REM, the routine, the circadian rhythm — is touted as the key, natural, antidepressive remedy.

Unfortunately, given my doctor’s parsimony, between the nightly Lorazepam and the one (sometimes two) I take to fend off a meltdown, I run out by week three. Now I’m wide awake until 3:00 or 4:00 a.m. — no dreamy, revitalizing slumber. “Thank god, I’m self-employed,” I think to myself, stumbling out of bed to make very stiff coffee at 10:00 a.m.

One is also strongly advised not to drink on antidepressants. As complete teetotalism is implausible for me, I presume that I can have a couple of cocktails, or a civilized amount of wine with dinner, while taking Zoloft. What could it hurt? This experiment fails spectacularly.

One night, I have a drink while getting dressed before heading to a friend’s place. While there, I have snacks, olives, crostini, some pâté, and two more cocktails. I feel fine. I take an Uber home. The next day, my host calls me to ask if I’ve “recovered.” What do you mean? He tells me I fell over at his place and had to be helped up. That I was “very” drunk. I have zero recollection of this.

A week later, I have half a bottle of wine with my neighbours while watching a movie. Back at my place, I feel fine. And then, suddenly, so nauseous that I have to make myself sick. Something I’ve never done. For the record, I’ve thrown up five times in my entire life. Twice, it was shellfish — a bad shrimp, and an oyster that almost killed me. Another two times, the flu — one a deathly Bird Flu I caught in Peru. The fifth was the first time I got very drunk as a teenager, having grossly over calculated my intake of gin. I have an iron stomach. I don’t even get seasick. Yet here I am, vomiting up 2.5 glasses of wine.

Two weeks later, I wake up with a fully shaved vagina and not a clue how that happened.

Okay, let’s roll back a bit here. My close friend, and sometimes lover, is a lesbian. She’s laying next to me in bed. So, I’m able to put two and two together. Nonetheless, I don’t think I can fully convey the bizarre feeling of waking with a “surprise” Brazilian. Though, truth be told, she did a great job. She owns an electric razor.

She’s keen to let me know I “consented.” Actually, I’d “insisted.” The point is underscored by the disarray of my bedroom, all the drawers pulled out from some feverish lingerie hunt. I’d been a very good time, apparently.

Essentially, the math is, if I have one drink, it’s like I downed the bottle. Then cleared a tray of shots. And while I can’t have an orgasm, my tipsy doppelganger is an insatiable slut.

Comedy aside, acting out sexually and having no memory of it is quite unnerving. I can’t have an orgasm but, a couple of drinks in and I can “date rape” myself. Great. I thank god that these episodes have occurred with very good friends in private homes. What if bars and restaurants had been open and I’d been out on Zoloft and had a drink in public? I shudder at the thought, 90 per cent sure I’d have woken up in a stranger’s bed with no memory of how I got there, or even who he was, like some really (really) bad movie.

I make a doctor’s appointment and, halving my dose, start weaning myself off. Six weeks of Zoloft is enough for me. I need something. But not this.

Then I remember that this is the entry med for depressives. Zoloft is the one with “the least side-effects.”

Read Part One of The “Happy Pill” Diaries, in which Beaumanis explains the dire circumstances that finally drove her to her doctor’s office for an antidepressant prescription.

Why the Baby Boomer Generation Presents a Unique Risk for Suicide