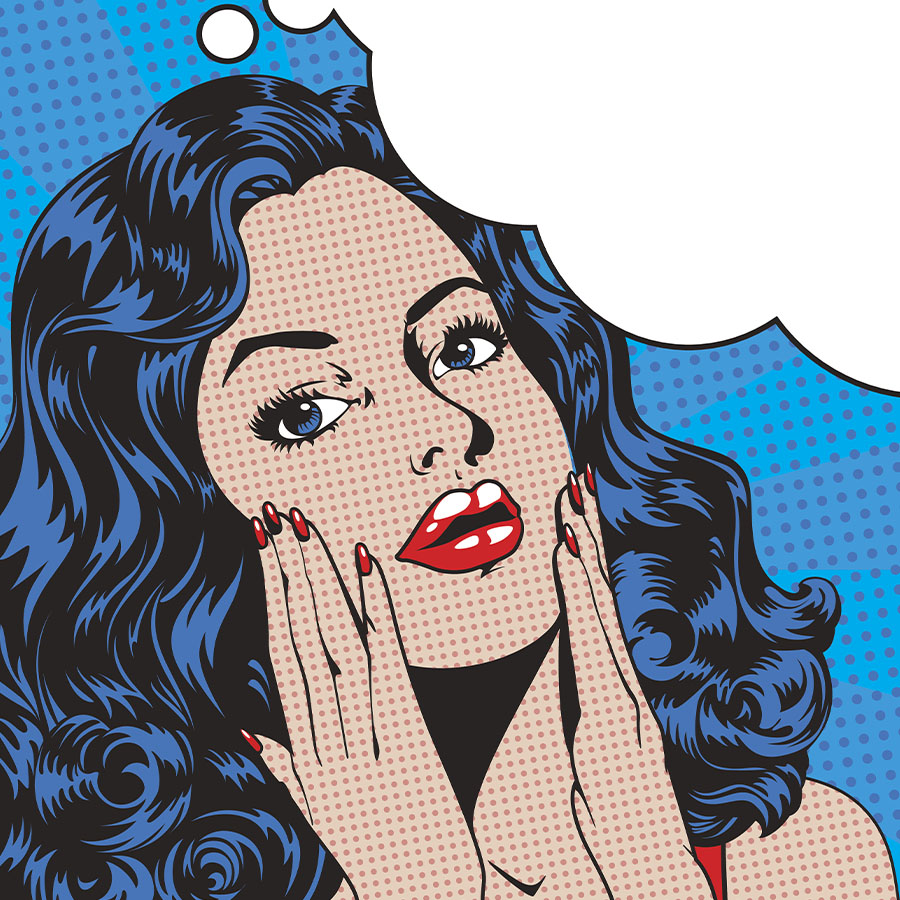 In the third of five diary posts, journalist Viia Beaumanis finally gets the Wellbutrin prescription she wanted — but quickly discovers there's not much of any effect from the drug. Photo: dutchkris / GettyImages

The third in a droll five-part series in which journalist Viia Beaumanis — 52 and a long-time shunner of antidepressants — charts her journey to emotional well-being via mood-enhancing pharmaceuticals during the COVID-19 pandemic.

In this instalment, Beaumanis finally gets the Wellbutrin prescription she wanted — but not before some tense back-and-forth with her doctor. And while there are no sexual side-effects, Beaumanis quickly discovers there’s not much of any effect from the drug.

Mid-June 2020 and I’m back in my doctor’s office. I explain that the “sexual side-effects” of Zoloft are a deal-breaker for me. I’m not willing to sacrifice orgasms. I skip the fact that I’m also not willing to give up martinis, or how I’d mixed cocktails and Zoloft to disastrous effect. Not least because, as I assume, this will hinder my ability to get another month of lorazepam.

The doctor inquires if I’ve had any “suicidal thoughts.”

“Not unless I look at my bank balance …” I jest, then clarify. “No, no suicidal thoughts.”

Claiming “sexual side-effects” turns out to be the key to getting me on Wellbutrin — the antidepressant I’d wanted in the first place. The one that Harper’s Bazaar called “The Happy, Sexy, Skinny Pill.”

The doctor explains that, to prescribe Wellbutrin, she first has to confirm that a patient doesn’t have any inclination towards “self-harm” on Zoloft. While suicide would seem an odd consequence of taking antidepressants, what sometimes happens is that they give the patient just enough lift to take their own lives. It’s an urge that’s less pressing on Zoloft than it is on Wellbutrin. So, they prescribe Zoloft first.

Having established that the only thing Zoloft is killing is my ability to have an orgasm, my doctor can now consider a wider range of medications. Given that my issues with the drug were sexual, I can be switched to Wellbutrin, which is known, in particular, for not causing sexual problems.

She prescribes me 100 mg per day. I talk her into another 30-day supply of lorazepam, explaining that it’s doing wonders for my sleep cycle. She lectures me on addiction, adding that long-term benzodiazepine use can lead to “brain damage” and says that this is “absolutely” the last lorazepam prescription she will give me.

In my mind, I give this a massive eye roll. Lorazepam calms my occasional episodes of manic dread and puts me to sleep at a reasonable hour every night, I explain. Why should I be denied this? Why not six months to get me over the ups and downs during this? I’m not asking for a lifetime supply. My doctor’s implacable.

In my late 20s, I had a year-long script for painkillers thanks to a slipped disc, then spinal surgery. I was literally not getting addicted to Percodan, a powerful opioid, when this woman was getting her braces off. So tedious. I make a mental note to visit another clinic where, hopefully, I won’t be subjected to an endless cycle of pleading for meds I require, while enduring lectures on addiction.

In any case, having weaned myself off the Zoloft, I’m now taking this round, purple pill every morning. Halfway into the following week, when I’m sure the Wellbutrin is fully coursing through my system, I check to see if I have any “sexual side-effects.” I definitely do not. To the contrary, I’d say Wellbutrin noticeably improves things. Orgasms? Faster, better, stronger, quicker, multiple. Nicely, I can also enjoy a drink — a few — without throwing up, falling down, blacking out, or worse.

I’m relieved to know that there is a mood-elevating medication I can take that doesn’t require me to forfeit other fundamental pleasures. Jettisoning climax and cocktails is not a sacrifice I’m sure I could make in the long run. Forced to choose, I’d probably go with the wine and sex.

While this is excellent news, I don’t have the immediate lift I experienced in the first weeks of Zoloft. I can’t say I feel “much” better. On the other hand, I’m not catatonic with despair or prone to weeping jags like I was before I was on either of these pills. The Wellbutrin is keeping me above that melancholy, but only just. Which I find surprising given everything I’d read about its magical effects. I resolve to see how it goes. As my doctor had pointed out, some of these meds can take up to four weeks to be effective.

Antidepressants work by targeting chemicals known as neurotransmitters that send messages to the brain and control mood. The most commonly prescribed are selective serotonin reuptake inhibitors (SSRI) such as Zoloft, Prozac, Effexor, and Paxil. These boost levels of serotonin, a mood-regulating hormone that imparts feelings of calm and well-being. While we tend to associate serotonin with “happiness,” it’s actually a mood regulator that stabilizes emotions by modulating major fluctuations. No wild ups and downs.

By contrast, Wellbutrin is a norepinephrine-dopamine reuptake inhibitor (NDRI) — a mood booster that works with the brain’s pleasure and reward centre. Altering brain chemicals like noradrenaline and dopamine, you feel more motivated and productive. The other key difference, outside of the sexual side-effects, is that people may gain weight on SSRIs but often lose it on NDRIs.

Three weeks later, I’m back in my doctor’s office — appointment four — clearly in the dumps. Even more so as the one medication I thought would help — the wonder drug that is Wellbutrin, which has none of the awful side-effects — isn’t working for me. As I sit in the waiting room, I wonder how many pills I’m going to have to try. My friends with depressed relatives had described this exasperating cycle to me: this, then that, some of these, weaning on and off, for months on end, until you found the right one. I wasn’t sure I had it in me. An endless merry-go-round of pill sampling.

The doctor triples my dose to 300 mg per day, explaining that she started me out “very low” since I’d just come off the Zoloft and the segue between medications needs to be graduated. All I know is that I’ve been taking Wellbutrin for a month with little effect. And that the month before that — on Zoloft — was a sideshow. And that, at the same time, she’d prescribed a close friend of mine 300 mg of Wellbutrin straight out of the gate. No Zoloft starter pills, no going off that and then onto Wellbutrin, no useless child-size doses.

Given that one of the markers of depression is that you’re easily irritated, I’m brusque with my doctor. Inquiring why my friend was treated to a remedy that did not include “two months of f*cking around.” That goes over about as well as expected. I don’t even bother asking for a lorazepam extension.

A week later, I’m sailing along on 300 mg daily of Wellbutrin. Annoyed that it took me two and a half months to get here — though happy to be, finally, on the correct amount of the right medication — it feels right. But it’s early days.

Read Part One of The “Happy Pill” Diaries,in which Beaumanis explains the dire circumstances that finally drove her to her doctor’s office for an antidepressant prescription. In Part Two, Beaumanis recalls the roller coaster of side-effects she endured while taking her first Zoloft prescription.

Why the Baby Boomer Generation Presents a Unique Risk for Suicide