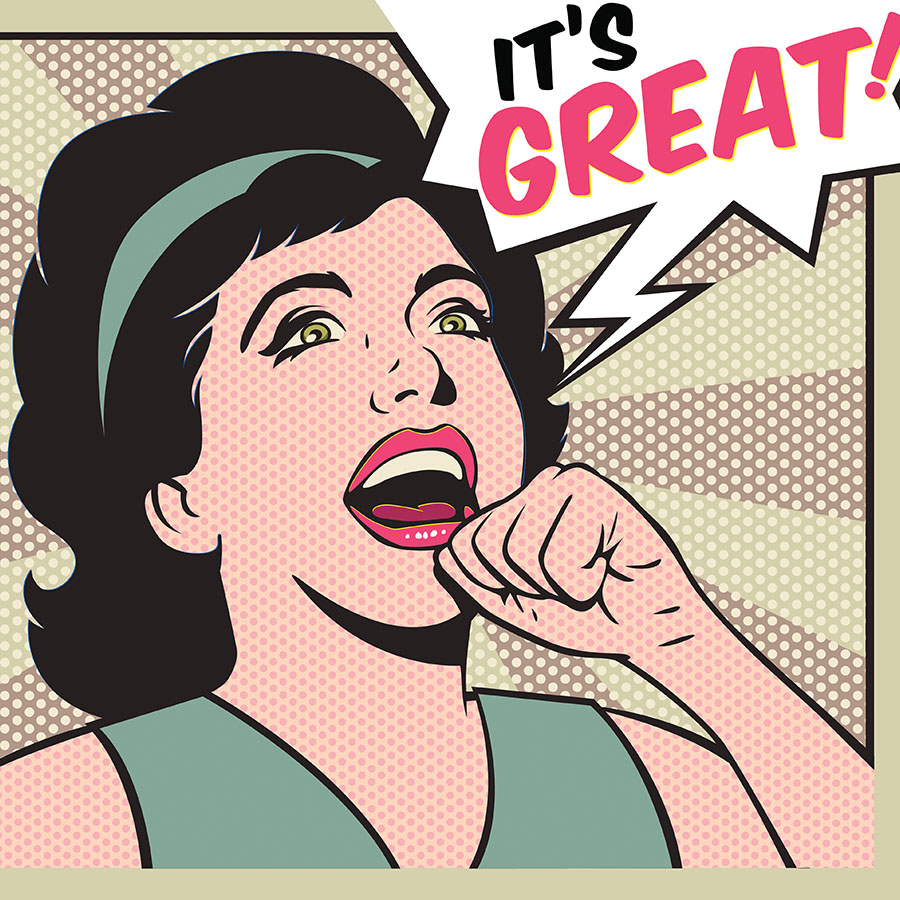 All is going well for journalist Viia Beaumanis when her Wellbutrin kicks in. But not everyone else in her orbit is feeling as positive. Photo: SaulHerrera/Getty Images

The fourth in a droll five-part series in which journalist Viia Beaumanis — 52 and a long-time shunner of antidepressants — charts her journey to emotional well-being via mood-enhancing pharmaceuticals during the COVID-19 pandemic.

In this instalment, Beaumanis is feeling the positive effects of her increased Wellbutrin prescription, but recognizes the struggles that others in her life are suffering through — including a dear friend in France.

After eight months in the dumps — five enduring it, three obtaining and tweaking an effective regimen of medication — I feel back to normal. Better than normal. I’m churning out magazine stories and land a couple of copy gigs for a branding agency. It’s work I badly needed, given the pandemic-era devolution of my finances, though could not have taken on just a few months ago, when my days were divided between zoning out on Netflix, spooning my dog, and weep-eating Fritos.

That’s another marvellous angle of depression. You’re too despondent to Do Anything About It. You’re unable to motivate yourself to accomplish even the most fundamental tasks — washing the dishes, earning a living, showering, laundry — then locked in a cycle of panic-morosity and self-loathing about everything being out of control thanks to your apathy and sloth.

Instead, in week five on 300 daily mgs of Wellbutrin, I’m the “productive and motivated” Wellbutrin Me. I repaint my bedroom, the bathroom, the dining room. Have my hair cut and coloured for the first time in six months. Answer the phone. Buy a chandelier online. A pair of leopard print flats. Three pretty dresses I’ll wear later, when we have places to wear pretty dresses again. Optimism has returned. Along with impulse shopping. And vanity.

On which note, despite the much-anticipated loss of “12 per cent of my body weight,” I hadn’t lost any pounds. But I hadn’t gained any either. Which I certainly should have, given that, thanks to the COVID lifestyle, I’m half as active and twice as culinary as I normally am.

The city shut down. I don’t have places to go every day and my brisk daily hikes across town are reduced to leisurely strolls to the park with my dog and then to the grocery shop to stock up for whatever elaborate dinner I’m cooking that evening. No cutting back on pasta or thinking twice about melting Boursin into a cream sauce. I should be fatter.

So, I would say there’s definitely something to the weight-control angle with Wellbutrin. I would’ve shed a few pounds if, as usual, I’d been running around more and watching my diet. Meanwhile, maintaining but not gaining — I’m happy with that.

I become evangelical about the Wonders of Wellbutrin — preaching made easy given a captive audience of glum friends who had the rug pulled out from under them in 2020 and are now crawling through year two of COVID. They include entrepreneurs whose companies are on the brink of collapse; artists that hadn’t had an exhibit or a commission in over a year; married couples suddenly forced to spend 24/7 together with squads of under-stimulated, under-socialized, out-of-school children; restauranteurs barely hanging on. One acquaintance had lost his business and then his house.

I couldn’t swing a cat without hitting someone contemplating divorce, sinking into debt or filing for bankruptcy. While the more A Types had taken up jogging, learned a new language or mastered Asian cookery, most were drinking their way through it, frantically adopting puppies for snuggles, or had put on 20 pounds thanks to obsessive baking.

“It’s so improving and clarifying. Just elevates your perspective. Really rights the sails,” I enthuse to one friend about Wellbutrin. “Plus, you can have cocktails without getting arrested, orgasms are better and you’ll maybe drop 12 per cent of your body weight!”

“Even non-depressed people should gobble these,” I bray to another. “Who wouldn’t benefit from this awesome dopamine bath?”

A silver lining of COVID-era depression is definitely that any shame in admitting to it — even just being hesitant to bore friends with your dreary reality — has evaporated. Now, everyone understands. Everyone was feeling low — or had been at some point. Freely discussing that you are on medication for the blues, and what kind, had lost any stigma.

Like me, one of my close girlfriends had really been struggling this last year. [See: “Married couples suddenly forced to spend 24/7 together with squads of under-stimulated, under-socialized, out-of-school children”]. We all need that true friend with whom we can be our utterly unvarnished selves, no matter how unattractive, and it’s bittersweet good luck when your gutter times happen to dovetail. Let’s call her Kate.

Equally miserable, if for different reasons, she and I could be completely honest about what we were going through. Unable to access immediate, affordable therapy, I’d been eternally grateful for our series of three-hour, trans-Atlantic Zoom sessions.

In early spring, Kate would ramble around the country house she’d rented to flee her family — or, rather, the husband, with whom she was relentlessly feuding. She hated him but couldn’t afford to leave. And what about the kids? Necking bottles of wine while a glam vintage fur coat kept her warm in her unheated French retreat, she’d collapse in tears by the fireplace. Other times, it was my turn to have a total nervous breakdown.

A ping-pong recitation of collapsing relationships, vagrant-level finances, professional travails and family dramas, after a half dozen of these video “chats” we’d decided to go on antidepressants together and compare notes. A pharmaceutical expedition embarked upon au deux, I’d recently pulled ahead — switching over to Wellbutrin while she was still on Zoloft.

Kate is feeling better, she tells me: “Less hopeless and edgy, not as reactive and easily irritated.” Now back at home, the warfare with her husband had calmed down. She was able to disengage when things got hostile, then not fixate on an issue while forecasting only her complete exit as the solution.

She’d experienced none of the calamities I had, mixing wine and Zoloft. She could have a drink or two with no trouble. What she couldn’t have was an orgasm. But she deemed this a small price to pay for the overall feeling of serenity and well-being that Zoloft imparted.

I explain how I’d been switched to Wellbutrin the minute I’d said the magic words, “sexual side-effects.” And that this medication not only enhanced the sex drive but also notably improved the end result. “Sexual pleasure is a non-negotiable,” I insist. “Even if you’re only pleasing yourself these days — you need that. It’s good for the spirit! Also … you might lose 12 per cent of your body weight.”

A couple of weeks later, she tells me she’d spoken with her doctor about switching pills, only to be informed that there was a continental scarcity of Wellbutrin. I Google this while we’re talking.

Sure enough, the pandemic has ushered in a worldwide shortage of antidepressants. The U.S., Canada, Australia and the U.K. all reported a lack of stock as drug makers struggled to keep up with increased demand and the global crisis interrupted supply lines. U.K. usage had spiked by 23 per cent toward the end of 2020. Ireland was logging record sales. Insurance claims for SSRIs soared by 20 per cent in Canada, while America charted a 34 per cent increase in antidepressant prescriptions.

“Is it bad that I feel a sort of comfort in numbers?” I ask.

“No,” says Kate. “It’s bad that we didn’t cleverly invest in pharmaceuticals last March. Between the vax and the happy pills, we could have bought a yacht with that stock by now…”

“Thus, alleviating any symptoms of depression. Anyway, call me when you get the Wellbutrin so we can compare notes.”

Read Part One of The “Happy Pill” Diaries, in which Beaumanis explains the dire circumstances that finally drove her to her doctor’s office for an antidepressant prescription. In Part Two, Beaumanis recalls the roller coaster of side-effects she endured while taking her first Zoloft prescription. In Part Three, she finally gets the Wellbutrin prescription she wanted — but quickly discovers there’s not much of any effect from the drug.