Sleeping Longer Than 6.5 Hours a Night Is Associated With Cognitive Decline, Researchers Say 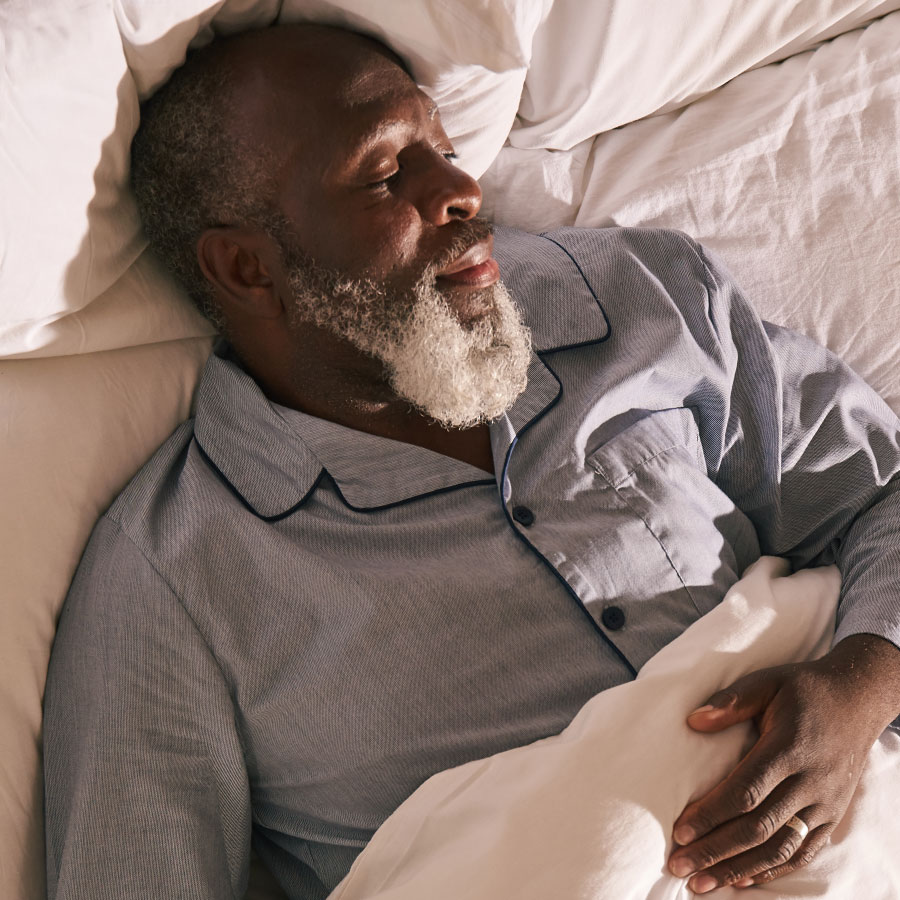 Studies show that not getting enough sleep is linked to cognitive decline and conditions such as Alzheimer’s disease. But more isn’t always better. Photo: Flashpop / Getty Images

A good night’s sleep is important for many reasons. It helps our body repair itself and function as it should, and is linked to better mental health and lower risk of many health conditions — including heart disease and diabetes. It’s also been shown that not getting enough sleep is linked to cognitive decline and conditions such as Alzheimer’s disease.

But more isn’t always better, as one recent study found. Researchers from the Washington University School of Medicine have published a paper that indicates that just like getting too little sleep, sleeping too much may also be linked with cognitive decline.

The research team wanted to know how much sleep was linked to cognitive impairment over time. To do this, they looked at 100 older adults in their mid-to-late-70s on average, and tracked them for between four and five years. At the time of their study, 88 people did not show any signs of dementia, while 12 showed signs of cognitive impairment (one with mild dementia and 11 with the pre-dementia stage of mild cognitive impairment).

Throughout the study, participants were asked to complete a range of commonplace cognitive and neuropsychological tests to look for signs of cognitive decline or dementia. Their scores from these tests were then combined into a single score, called the Preclinical Alzheimer Cognitive Composite (PACC) score. The higher the score, the better their cognition was over time.

Sleep was measured using a single-electrode encephalography (EEG) device, which participants wore on their forehead while sleeping, for a total of between four to six nights. This was done once, three years after people first completed their annual cognitive tests. This EEG allowed the researchers to accurately measure brain activity, which would tell them whether or not someone was asleep (and for how long), and how restful that sleep was.

Although sleep was only measured at one period during the study, this still gave the research team a good indication of participants’ normal sleep habits. While using an EEG to measure brain activity may be somewhat disruptive to sleep on the first night, as people get used to the equipment, sleep tends to return to normal the following night. This means that when sleep is tracked from the second night onwards it’s a good representation of a person’s normal sleep habits.

The researchers also took into account other factors that can affect cognitive decline — including age, genetics and whether a person had signs of the proteins beta-amyloid or tau, which are both linked to dementia.

Overall, the researchers found that sleeping less than 4.5 hours and more than 6.5 hours a night – alongside poor quality sleep — was associated with cognitive decline over time. Interestingly, the impact of sleep duration on cognitive function was similar to the effect of age, which is the greatest risk factor for developing cognitive decline.

We know from previous research that lack of sleep is linked to cognitive decline. For example, one study showed that people who reported sleep disturbances, such as insomnia or excessive daytime sleepiness, have a greater risk of developing dementia compared to people who don’t. Other research has shown that people who have short sleeping times have higher levels of beta-amyloid in their brain — which is commonly found in the brains of people who have Alzheimer’s disease.

Researchers don’t know for certain why lack of sleep is linked to cognitive decline. One theory is that sleep helps our brain flush out harmful proteins that build up during the day. Some of these proteins — like beta-amyloid and tau — are thought to cause dementia. So interfering with sleep might interfere with our brain’s ability to get rid of these. Experimental evidence even supports this — showing that even just one night of sleep deprivation temporarily increases beta-amyloid levels in the brain of healthy people.

But it’s less clear why long sleep is linked with cognitive decline. Previous studies have also found a link between over-sleep and cognitive performance, but most relied upon participants self-reporting how long they sleep nightly — which means the data is less accurate than using an EEG to measure brain activity. This new study therefore adds weight to such findings.

What’s surprising about this study’s findings is that the optimal sleep duration is much shorter than that which previous studies have suggested are problematic. The study showed that sleeping longer than 6.5 hours was associated with cognitive decline over time — this is low when we consider that older adults are recommended to get between seven and eight hours of sleep every night.

It could be the case that it isn’t necessarily the length of the sleep that matters, but the quality of that sleep when it comes to risk of developing dementia. For instance, this study also showed that having less “slow-wave” sleep — restorative sleep — particularly affected cognitive impairment.

What we also cannot tell from this study is if long sleep durations can independently predict cognitive decline. Essentially, we can’t rule out that participants who slept longer than 6.5 hours every night might not have already had pre-existing cognitive problems of brain changes suggestive of dementia that weren’t picked up on the tests. And although the researchers were careful to adjust for dementia-related factors, longer sleepers may also have had other pre-existing conditions that might have contributed to their cognitive decline which weren’t taken into account. For example, this could include poor health, socioeconomic status or physical activity levels. All of these factors together may explain why longer sleep was linked to cognitive decline.

There are many factors which can impact on both our sleep quality, and whether we experience cognitive decline. While some factors aren’t preventable (such as genetic predisposition), there are many things we can do alongside getting a good night’s sleep to help reduce our likelihood of developing dementia — such as exercising and eating a healthy diet. But while the researchers of this study seem to suggest there’s an optimal sleep duration — between 4.5 and 6.5 hours every night – the occasional weekend lie-in is unlikely to do your brain any harm.

Why Medication May Be Hindering Your Sleep, and 3 Tips On What You Can Do About It

Sleep 101: How Aging Affects Sleep and How to Improve It