Wildfire and Flood Disasters are Causing “Climate Migration” Within Canada 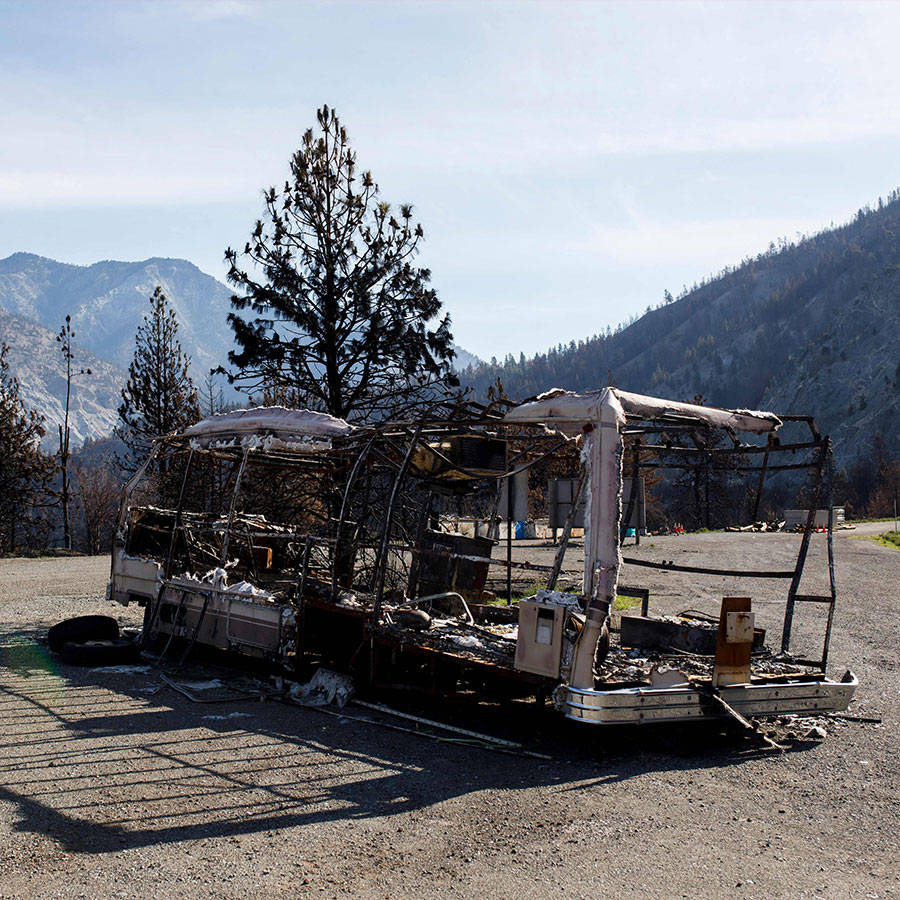 With the 2021 United Nations Climate Change Conference (COP26) concluding this week, we look at “climate migration” and why one Canadian researcher writes that, “as the frequency and intensity of disasters increase, the idea of moving to escape the consequences of climate change feels more real. And for some it is already happening.”

The release of the Intergovernmental Panel on Climate Change’s (IPCC) sixth assessment report confirmed our worst fears about human-induced climate change. The report predicts a worst case scenerio of 4.5 C warming by 2100.

Antonio Guterres, the secretary-general of the United Nations, called the report “a code red for humanity.” And he’s right, the report issues a stark warning — “unless there are immediate, rapid and large-scale reductions in greenhouse gas emissions, limiting warming to close to 1.5 C or even 2 C will be beyond reach.”

Climate change is already affecting every region on earth and the changes are expected to be widespread, rapid and intensifying. The results of the IPCC assessment likely has many Canadians asking, what does this mean for Canada?

An Influx of Climate Refugees?

After the IPCC reports release headlines read things like “Historic human tsunami likely in Canada’s future” and “The great climate migration is happening and you might be the next to move.”

A Vancouver Sun article used unreliable estimates of the number of “climate refugees” to make its point. The article read “there can be as many as one billion environmental migrants by 2050,” which is a statistic that is widely misquoted and often attributed to the UN International Organization of Migrants (IOM). In a 2014 report by the IOM to address estimates of climate or environmental migrants. It stated that there was “great uncertainty about the figures,” and noted that the forecasts for the number of environmental migrants vary widely — by as much as a factor of 40 — or between 25 million and one billion.

Another common climate change concern for Canadians is climate migration within our country. Climate migrants are people who may be displaced by wildfires or floods or choose to move away from disaster-prone regions. As one headline states: “Climate displacement a growing concern in B.C. as extreme weather forces residents out of their homes.”

Many saw the destruction of Lytton, B.C., by wildfires this summer as an example of what our future holds if serious action is not taken to reduce the impacts of climate change. As the frequency and intensity of disasters increase, the idea of moving to escape the consequences of climate change feels more real. And for some it is already happening.

In 2019, Georgia Fisher told the National Observer: “I just moved east along with my partner and infant daughter, after about 15 years in Alberta… I wouldn’t have begun to consider this move if it weren’t for last summer and all the smoke.”

For Canadians who may want to move proactively, the environmental policy and sustainability of their new home will be an important factor.

An Angus Reid Institute survey conducted on Aug. 16, with a representative sample of 1,511 Canadians, found that 76 per cent of Canadians say environmental policy and sustainability are a priority when considering where to live, with 45 per cent considering it an essential or high priority.

People in British Columbia, Ontario, Québec and the Atlantic provinces were more likely to prioritize environmental policy and sustainability in considering where to live than people who live in the Prairies.

Differences also existed between age groups — 19 per cent of Canadians between the ages of 18 and 34 indicated that the environmental policy and/or sustainability of an area is an essential priority when considering where to live, while those aged 55+ were more likely to say it is a high priority (34 per cent).

The Impact of These Findings

So what do these findings mean? There are calls for stronger policies to address climate change and promote green jobs. Advocacy groups are asking political parties to stop working for the interest of the oil and gas industry and instead work for Canadians.

In response to the IPCC’s sixth assessment, the Liberal government argued that revenue generated by the Trans Mountain pipeline will help Canada achieve its climate objectives. Academic research into the financial impact of fossil fuel divestment has found that divestment does not result in financial harm to investors.

While fighting climate change may start at home, through recycling programs and sustainable purchasing, it may soon grow into moving to cities and towns where a more sustainable lifestyle is achievable. So while academic studies are behind on addressing whether climate migration is inevitable in Canada, wildfires, floods and other disasters are already forcing people to flee.

We need to act fast, politicians need to implement environmental policies that will fill their constituents desire for living in a community that has good environmental policy and sustainability practices, or they will go and find it somewhere else.