The Most Promising Research in the Race for a Dementia Cure 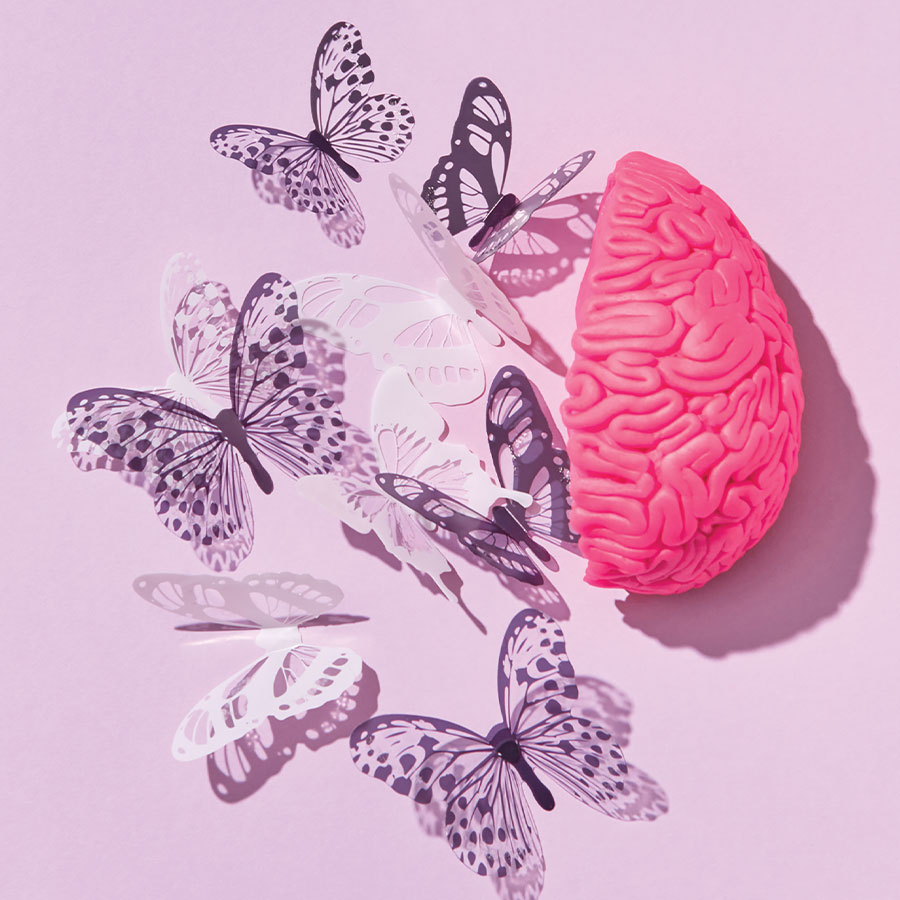 The level of funding for dementia research in Canada – around $40 million per year – is one-tenth, per capita, of the U.S. Photo: Yaroslav Danylchenko/stocksy

For a moment in June, there was hope. For the first time in almost two decades, the U.S. Food and Drug Administration gave conditional approval for an Alzheimer’s drug that was touted as a treatment that could reduce cognitive decline in those with early-stage dementia. Advocacy groups, patients and their families rejoiced, despite the fact that Biogen Inc.’s aducanumab, which targets and potentially reduces amyloid plaques, comes with a hefty price tag — the equivalent of $70,000 a year – and some troubling side-effects, like brain swelling and bleeds. But many in the scientific community, some of whom had worked on the drug’s clinical trials, protested the quick approval and questioned its effectiveness.

After Biogen Canada Inc. submitted aducanumab (also known by its brand name, Aduhelm) to Health Canada for review on Aug. 12, researchers and clinicians from six Canadian organizations urged the federal government to look hard before allowing it. “It was the first ray of hope for a cure in a very long while,” Dr. Howard Chertkow, scientific director of the Canadian Consortium on Neurodegeneration in Aging, wrote in a statement to Health Canada. “But scientific evidence must prevail, and actually there are too many red flags raised. People have to understand that introducing a medication which may not have clinically relevant benefits could have detrimental effects.”

No Cause or Cure

Even though Alzheimer’s was first identified more than 100 years ago, its cause continues to elude researchers. It is a complex and frustrating disease for scientists, and real progress is glacial. “The drugs I used 20 years ago were okay, but they weren’t home runs, they weren’t magic,” says Chertkow, who is also a senior scientist and chair in cognitive neurology and innovation at Toronto’s Baycrest Rotman Research Institute. “If you had told me that we wouldn’t have anything new 20 years later, I would’ve been totally shocked.”

More than half a million Canadians live with dementia, at a cost to the health-care system of more than $12 billion a year, and the most common cause is Alzheimer’s. According to the Alzheimer’s Society of Canada, 76,000 people are diagnosed every year, and by 2030 approximately 912,000 Canadians will be afflicted. “I think we’re underprepared for that, to be honest,” says  JoAnne McLaurin, a senior scientist at Sunnybrook Research Institute
in Toronto.

Despite the controversy around aducanumab’s approval, uncertainty about its effectiveness — and even whether medical insurance will cover the treatment — the energy was higher than in recent years at the Alzheimer’s Association International Conference in late July. “There was definitely a different
dynamic in the Alzheimer’s ecosystem,” says Eliav Shaked, CEO and co-founder of Toronto-based RetiSpec, an AI medical imaging company. He and his colleague, Catherine Bornbaum, were at the conference in Denver, Colo., to promote a scan — still in the clinical validation stage — that uses artificial intelligence and a special camera to look into the eye, potentially identifying people at risk of developing Alzheimer’s 15 to 20 years before symptoms appear.

A huge benefit of RetiSpec and other early-detection tools is that they are inexpensive, non-invasive and quick. Currently, Alzheimer’s is diagnosed with lumbar punctures, cognitive tests and PET scans, which are expensive, take time and aren’t accessible to most people who live outside large cities.

Simple blood tests to check for biomarkers, which are also in the clinical validation stage, identify changes in two brain proteins, amyloid and tau. In Alzheimer’s patients, they may clump together to form so-called plaques and tangles. Those changes — which interfere with healthy brain processes and lead to cell death — may be detectable 20 years before symptoms. “If these blood tests really work,” says McLaurin, “it will be a game changer.”

In Winnipeg, Zahra Moussavi has turned to virtual reality to detect dementia. A professor with the University of Manitoba’s electrical and computer engineering department and director of the biomedical engineering program, Moussavi cut back on her research of respiratory disorders to focus on Alzheimer’s after her mother started experiencing cognitive decline. “I noticed some significant changes in my mom four years before her diagnosis,” she says. “I took her to a neurologist and both times I was told I was imagining things. But it was obvious to me.”

With her virtual reality navigational test, Moussavi can see how a person’s “internal GPS” is working. “That is what helps us find our path in an unknown environment and in an environment where we have no landmarks,” she explains. For the test, a study participant is asked to find a target room in a virtual building where every hallway looks the same. At each stage, the mission becomes more difficult, and errors typically increase with age.

Over the past eight years, the test has identified study participants as at risk for dementia a few years ahead of clinical symptoms. “The rule of thumb is the earlier you start treatment, the better,” Moussavi adds. “That applies to every single disease.”

While there are no treatments to prevent Alzheimer’s and dementia, research has shown that there are things that can help. Moussavi has designed specific memory exercises (available through an app for iPads called MindTriggers), and in trials they appeared to improve memory in both healthy participants and those suspected of having Alzheimer’s — although to a lesser degree.

“Every older person should be committed to brain health just as they’re committed to exercise and having a healthy heart,” says Chertkow. At the new Kimel Family Centre for Brain Health and Wellness at Baycrest, which he oversees, doctors will focus on determining people’s risks based on their health and family history, and then develop personalized programs. “We feel pretty confident that a lot of cases of dementia could be prevented if people instituted their own brain health program,” he adds. The Canadian Consortium on Neurodegeneration in Aging is also developing an online program, which will be tested on hundreds of people and then offered through the Alzheimer’s Society so that anyone, anywhere, can take part.

McLaurin and her team are looking at how comorbidities increase the risk of developing dementia and Alzheimer’s. That’s important because 35 to 40 per cent of dementia and Alzheimer’s cases may be avoided with lifestyle changes. “We have a less active society, an overweight society and our diets aren’t as good because we eat a lot more processed foods,” she explains. “And these changes in our lifestyle are increasing our risk, and we know that, but we don’t know how.”

Aside from poor diets and inactivity, other modifiable risk factors include slightly elevated and high blood pressure, metabolic syndrome and hearing loss. In fact, research has shown that deafness increases the risk of dementia by eight per cent, McLaurin says. “For years, people thought part of that was the isolation because your social circle goes down and your stimulation goes down, but we think it’s more than that.” Research is indicating that while hearing goes through the auditory cortex, it stimulates other brain regions as well. When hearing becomes impaired, she believes those regions start to atrophy, and vital connections are lost. “Yeah, so put a hearing aid in.”

Despite progress on early diagnosis and risk modification, Chertkow is frustrated. The level of funding for research in Canada — around $40 million per year – is one-tenth, per capita, of the United States. “We have lots of good ideas of how to test new prevention strategies, lifestyles and medications,” he says. “We’ve got great scientists, but we lack the money.” He’s also frustrated that, after the federal government announced a National Dementia Strategy in June 2019, nothing has happened. Even the strategy said annual investment in Canadian research should exceed one per cent of the dementia care costs, which would be closer to $120 million. “It hasn’t been implemented,” he adds. “And not one extra dollar was put into research from the strategy. There’s so much more that could be done.”

Not doing everything possible to alleviate the burden of dementia and Alzheimer’s has consequences that were tragically obvious during the first two waves of the COVID-19 pandemic. “Three-quarters of the people in Canada who died had some measure of cognitive impairment, most of them being in long-term care institutions,” says Chertkow.

“It’s always going to be these people who are at greatest risk,” he adds. “One would think that the pandemic would’ve mobilized government and public health to say we must find a way to prevent Alzheimer’s and dementia. But that hasn’t happened.”

A version this article appeared in the Oct/Nov 2021 issue with the headline “The Race for a Dementia Cure,” p. 54.

Dementia: What Experts Know About Prevention, Diagnosis and Slowing Its Progression

Number of People With Dementia Set to Jump 40% to 78 Million Globally by 2030, According to WHO