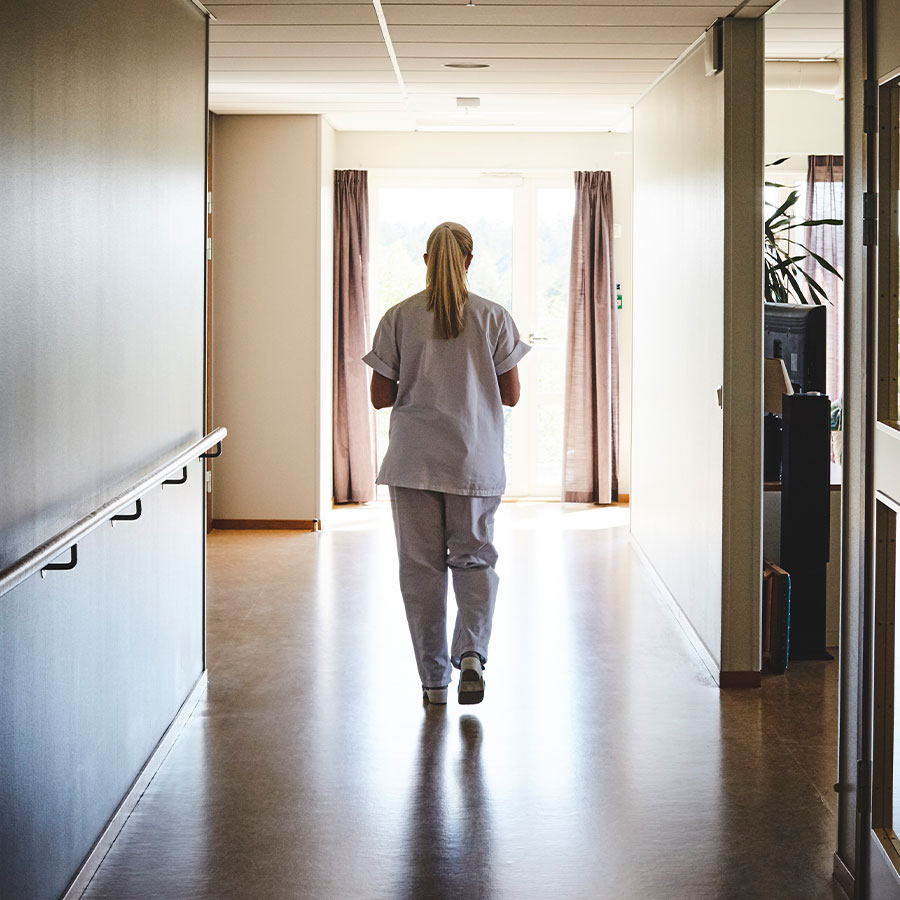 Zoomer Radio's Libby Znaimer says her positive experience with home care in Ontario was only possible because of the skills she developed as a journalist, which include her ability to navigate complex systems. Photo: Maskot/Getty Images

I say this even though I received excellent care for two and a half months after being treated in hospital for a bile duct blockage. Two 15-minute nursing visits a week enabled me to work full time while recovering, rather than taking unpaid leave or applying for disability after maxing out sick benefits.

But I’m convinced my successful home-care experience was only possible because of the skills I’ve developed over decades as a journalist: navigating complex systems and refusing to take no for an answer.

When I was discharged, I was assigned a government co-ordinator who had the final word on my care without ever seeing me or speaking to me directly. She was from what used to be called the Local Health Integration Network (LHIN) — a layer of bureaucracy the Ontario government promised to cut because of outsized administration costs.

Instead, it seems the only thing that’s changed is its name. “Thank you for calling Home and Community Care Support Services Toronto Central,” says the phone message. “We used to be called the Central Toronto LHIN.” This branch now has 620 employees, down from 651 when the Ford government took power, but it still operates the same way. The care is actually delivered by private companies, which also have co-ordinators who communicate with the government co-ordinators, but the patient has no agency. The government promised to make the process more patient-centred through Ontario Health Teams – which include hospitals, family doctors and home care — but that has not happened yet, at least not in my case.

“You’re going to have to learn to change those dressings yourself,” the government co-ordinator said in a voicemail. I was sent home with a drain implanted in my chest. I would have preferred to change the dressings myself, except I would be taking the chance of dislodging the device inserted by a specialized team in an operating room. My patient co-ordinator from the private company advocated for me, making numerous calls pleading my case.

How many co-ordinators do we need for one patient requiring half an hour of care a week? “The private companies are really interested in giving you as much care as possible, because they just send the bill back to the government,” says Dr. Samir Sinha, a leading geriatrician and director of policy research at the National Institute on Ageing. But he agrees there is a lot of bureaucracy and the partners involved don’t always share information, which is one reason the private companies need their own co-ordinators and their own assessments.

Six weeks after I left the hospital, my drain had to be replaced — another invasive procedure and another opportunity for the government co-ordinator to cut me off from home care. They told me they were cancelling it because I was about to become an outpatient at the hospital.

So I turned to the hospital’s nurse navigators. They were adamant that I was not supposed to be dropped while I still had a drain inside me, and spoke directly with the government co-ordinator’s manager. I was saved again, but felt angry about having to go through all this unnecessary back and forth. Sinha understands where the government co-ordinators are coming from. “They’re trying to support a whole bunch of people with a tiny budget. It almost makes it an impossible job.”

The feds fund health care through transfer payments to the provinces, and Parliamentary Budget Officer Yves Giroux has estimated it would cost Canada an extra $5.2 billion a year to meet the average spent on home care in OECD countries. “That struck me as being much more expensive than I expected,” Giroux told me on my radio show, Fight Back with Libby Znaimer. Even if we had that money, the way things are done now, I’m afraid most of it would go to administration costs — to the co-ordinators on both sides of the transaction, and their leaders.

Luckily, my navigators’ pushback resulted in a positive outcome, yet nurses don’t often get a “yes” when advocating for patients. “We try to tell them when people need more help,” one nurse told me. “But there are too many middlemen.”

A version this article appeared in the Oct/Nov 2021 issue with the headline “Mind the Middlemen,” p. 24.

Gifts That Give Back: Beauty & Self-Care