Expert Advice for Making (and Keeping!) Your New Year’s Resolutions 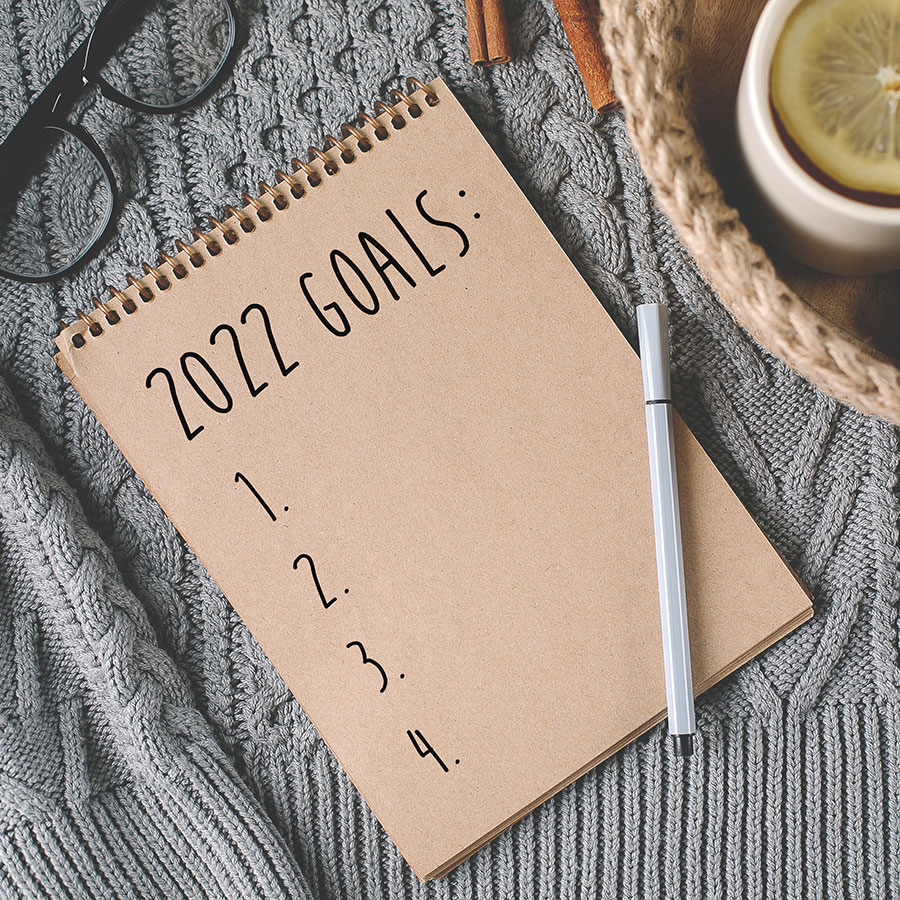 From creating new routines and habits to trying a trial resolution like Dry January, we take a look at some tips to help you achieve your New Year's resolutions this year. Photo: Alexandr Kolesnikov/Getty Images

You may not have been doing any of that for the last month. And especially not for the last week, when you may have done exactly the opposite: cookies galore, cocktails and wassail, catnaps on the couch, stuffing the stuffing.

But all that is Christmas Past. This is the New Year. Now is the time for a new you.

Or so you think, if you’re the one in seven Canadians who are likely to be making a New Year’s resolution.

Avoiding COVID-19 may be the most obvious goal for 2022, but of those people who do make a specific New Year’s resolution, about half resolve to improve their physical well-being. That means healthy eating, exercise … you know the drill.

The problem with New Year’s resolutions, as anyone who has ever resolved to permanently lose ten pounds or lay off the Lays chips knows, is keeping them.

Most people give up their New Year’s resolutions by Jan. 12 — deemed Quitter’s Day by the runners and cyclists app/website Strava.

Reneging on resolutions is understandable because we want what feels good right now (loaded nachos) and avoid what doesn’t feel good right now (30 minutes on the treadmill).

It’s also a well-studied subject for psychologists who have come up with tips for sticking to resolutions instead of ditching them by mid-month:

If your goal is to exercise daily for 30 minutes — a routine that’s highly            recommended — choose a place to do it that’s easily accessible and make it as convenient and pleasant as possible (whether that’s walking with a friend or stopping at a coffee shop for a non-caloric reward).

One study found that people who lived 5.1 miles from the gym went only once a month, but those who lived within 3.7 miles went five times a month or more. (Sometimes, making things more difficult can be advantageous: a study showed that slowing down elevator doors by 26 seconds prompted more people to take the stairs.)

Another approach is the trend to making a resolution for one month only, instead of for a whole year — as in Dry January or Veganuary.

Going vegan or going without alcohol for the month are two popular January-only resolutions. After all, abstinence in some form seems like a good idea after the overindulgence of the holidays.

About a third of Canadians showed some interest in a vegan January in 2020, according to a survey by Canadian cannabis brand Foray, which self-servingly advocated trying a High January to compensate for a Dry January.

Also last year, 5,645 Canadians signed up at the British-based international Veganuary website to try going vegan for the month, along with 300,000 people from around the world.

The Veganuary initiative, which began in Britain 2014, got a big boost from Hollywood last year when a vegan meal was served at the Golden Globe awards. “I’m all for the vegan thing,” said Brad Pitt, who added that it avoids having “everybody walking around with fish breath.”

Going vegan appeals to people and has become super trendy, not only for health reasons and because it doesn’t involve killing and eating animals, but because it benefits the environment.

Going dry for January does nothing for the environment, but Dryuary — also known as Juiceless January — does reassure people that they’re not alcoholics and that they can function fairly okay without the usual drink after work or without wine at dinner.

“It’s a way to break routine and find the benefit of not drinking so much,” says Dr. Leslie Buckley, Chief of the Addictions Division at the Centre for Addiction and Mental Health (CAMH) in Toronto.

She adds that it also means finding a substitute — maybe a flavour-infused drink — and finding other ways to cope with stress.

“It’s an interesting opportunity for reflection, for becoming more aware of the relationship with alcohol. Somebody may be overdoing it without realizing it. And it might help people understand the challenges of being completely abstinent.”

But whatever health benefits you get by going dry during the month go away if you don’t continue, she explains.

Then there’s Januhairy. It’s another British-based movement encouraging women to benefit the environment by growing out their body hair for the month of January.

Now, you may well wonder how a woman’s proliferating pubic hair helps the environment. The idea behind it is to raise money for TreeSisters, a British charitable organization that protects and restores natural habitats in order to fight climate change.

And pubic hair, armpit hair and leg hair, in case you didn’t make the connection, comprise a woman’s “personal natural habitat,” explains the Januhairy website, which exhorts women to “Grow out your hair to clear the air!”

Ring in the New Year With Healthier Snacking Habits