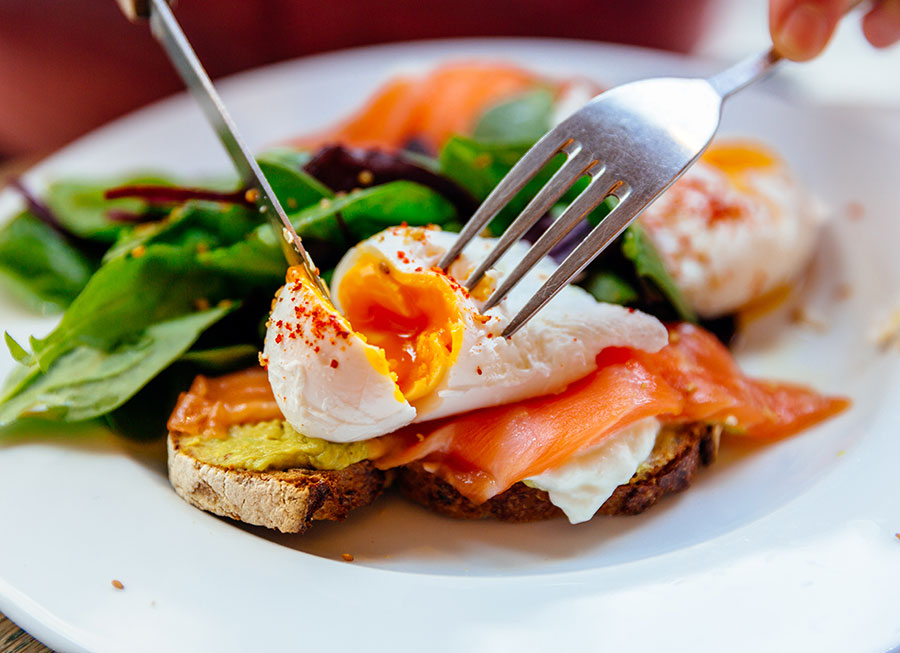 Sustaining and adding to our muscle mass through exercise and diet can benefit our balance, mobility and even our ability to fight off disease as we age. Photo: Alexander Spatari

Ever feel like you’re wasting away? You’re right, as it might be a function of age. Around the age of 50, our muscles start losing mass – about one or two per cent a year, according to some estimates. This increases to three per cent after age 60. “It’s a normal part of the aging process. We’re all going to lose muscle,” says Dr. Carla Prado, director of the Human Nutrition Research Unit and associate professor at the University of Alberta. “But there’s a threshold where you lose too much, and that becomes a big problem.”

Sarcopenia – the medical term for age-related muscle loss – can affect balance and walking. The risk of falling goes up, too, as our strength goes down. And there’s another problem. Muscle tissue is a sort of holding tank for amino acids, the building blocks for all kinds of functions in the body, including regulation of the immune system and tissue repair. Nine amino acids, known as “essential” amino acids, can’t be produced by our bodies, so we can only attain them by breaking down protein in our diet. Unfortunately, emerging research suggests that the dietary guidelines we’ve relied on for years have been badly low-balling the amount of protein we need. That gap is even greater when we’re older or coping with added stressors, like chronic disease, because we become less efficient at processing the nutrient. In other words, if your muscle mass is shrinking, so is your ability to fight off disease and recover from injuries.

But you can take steps at any age to preserve your muscle mass, even beef it up again. That’s good news because it could extend your life. In fact, a 2018 study at the University of Michigan showed that in a group of more than 8,000 seniors aged 65 and over, those with greater muscle mass were outliving their weaker peers.

And, yes, muscle-building involves rolling up our sleeves and getting physical through weight-training and weight-bearing exercise. But the food we eat also plays a key role. “We need nutrition to fuel our muscles,” says Prado. “You can exercise but if you’re not getting enough nutrition, where are the energy and nutrients going to come from to build the muscle?” Depending on your age and health, you should aim for one to 1.5 grams of protein per kilogram of body weight – not the 0.8 recommended by Health Canada, which hasn’t been updated since 2005. If you’re a senior with a health issue who hits the scale at 59 kilograms (130 pounds), for example, you might need as much as 88 grams of protein daily.

Here, seven power foods that can improve your muscles and your odds for a longer, stronger life.

The Bonus: a source of dietary fibre

You can get all your amino acids as a vegetarian, just as long as you’re not a picky eater. You need a varied diet since most plant-based proteins are not complete. An exception is edamame and other soybean products like tofu. Edamame is particularly high in leucine, an important amino acid that acts as a sort of “on” switch for your muscle factory. In addition, edamame provides dietary fibre, which brings its own benefits — after all, it’s hard to focus on bench-pressing when you’re feeling bloated.

Meat is powerfully high in protein (one chicken breast contains 31 grams). Plus, as an animal product, it’s a complete protein source. That means it contains all nine essential amino acids in one tidy, oven-roasted, rosemary-sprinkled package. “Meat should not be avoided as long as it’s lean,” says Prado. Eat red meat in moderation and avoid processed meat as much as possible, as these are high in saturated fats and sodium.

The bonus: a vitamin D and calcium fix

Greek yogurt is strained during production, so it’s more concentrated than regular yogurt and thus packed with protein. You’ll get 11 grams from a half-cup serving. Dairy also contains calcium and is fortified with vitamin D, two more nutrients that are necessary for muscle health. But read your
labels, yogurt lovers, because straining it can lower the calcium content, and not all producers refortify to make up for it. Plus, a plain yogurt touted as
lower in fat could be diluted and have less protein.

The Bonus: a chronic inflammation fighter

Salmon has 24 grams of protein in a 100-gram serving. And it contains omega-3 oil, another nutrient our muscles rely on. Fish oil helps to control chronic inflammation, one of the factors that can speed up muscle loss. It also helps your body respond properly to the hormone insulin, lowering your diabetes risk and, as it turns out, providing one more piece in the muscle puzzle. “If you’re more sensitive to insulin, you can build more muscle mass,”
explains Prado. In a recent paper in the Journal of Cachexia, Sarco-penia and Muscle, she and her colleagues reviewed previous research papers demonstrating that omega-3 fatty acids helped cancer patients preserve muscle mass and improve muscle quality as they underwent treatment.

The Bonus: the nut that packs the most punch

Nuts such as almonds, pistachios and cashews can be a savoury source of protein. And many types, though not all, contain omega-3 fatty acids. The walnut stands apart as an MVP for your muscles. It provides a high amount of omega-3 fat compared to other nuts while also delivering three grams of protein for every 10 walnut halves.

The Bonus: loaded with omega-3s

Breakfast for dinner! This complete protein is easy to digest and can also be a source of omega-3 fats. (And although eggs contain cholesterol, that doesn’t mean they raise our cholesterol.) But for best results, you should eat the whole egg, not just egg whites. Otherwise, you may be missing out on some of the muscle-boosting benefits: a 2017 study of men at the University of Illinois found a 40 per cent greater muscle response after workouts when protein was consumed from entire eggs, compared to only the whites. We know from other studies that the difference doesn’t come from the fat. Rather, the researchers concluded that it’s best to eat this protein in its original natural form.

The Bonus: the best way to supplement

We can’t stress enough that the makings for muscle-building should come from whole foods as much as possible. “The benefit is you get
all the other nutrients that the foods provide,” says Prado.

But if you’re not getting enough protein from your diet alone, she adds, it’s not a bad idea to consider supplementation. While there are lots of high-protein products on the market, not all of them perform when they’re put to the test. A new study from Hamilton’s McMaster University shows more muscle gain in
older women who take whey protein, a powder extracted from dairy. And because it’s a powder, tossing it into more than just a smoothie is easy.
“You can add it to foods such as soups and shakes,” says Prado. Thus, it’s another promising way to power up.

It’s More Than What You Eat

Move it, even from the comfort of your living room

“Physical distancing is important, but exercise is also really important,” says Dawn Bowdish. an immunity and infectious disease expert at Hamilton’s McMaster University. If you are able to go out and take a walk, and also get some of that vitamin D naturally, do it because being sedentary is particularly problematic for older health, she adds. “So, although it’s a huge challenge to social distance, especially if you live in an apartment where getting down on the elevator might be a real challenge, work exercise into your life, even if it’s just doing weights [even while seated] or squats at home.”

Marching on the spot while watching TV – and chores around the
house count, too. Garden, keep up, spring cleaning into summer, washing the windows — you get the picture.

A version of this article appeared in the July/August 2020 issue with the headline, “Power Foods,” p. 69.