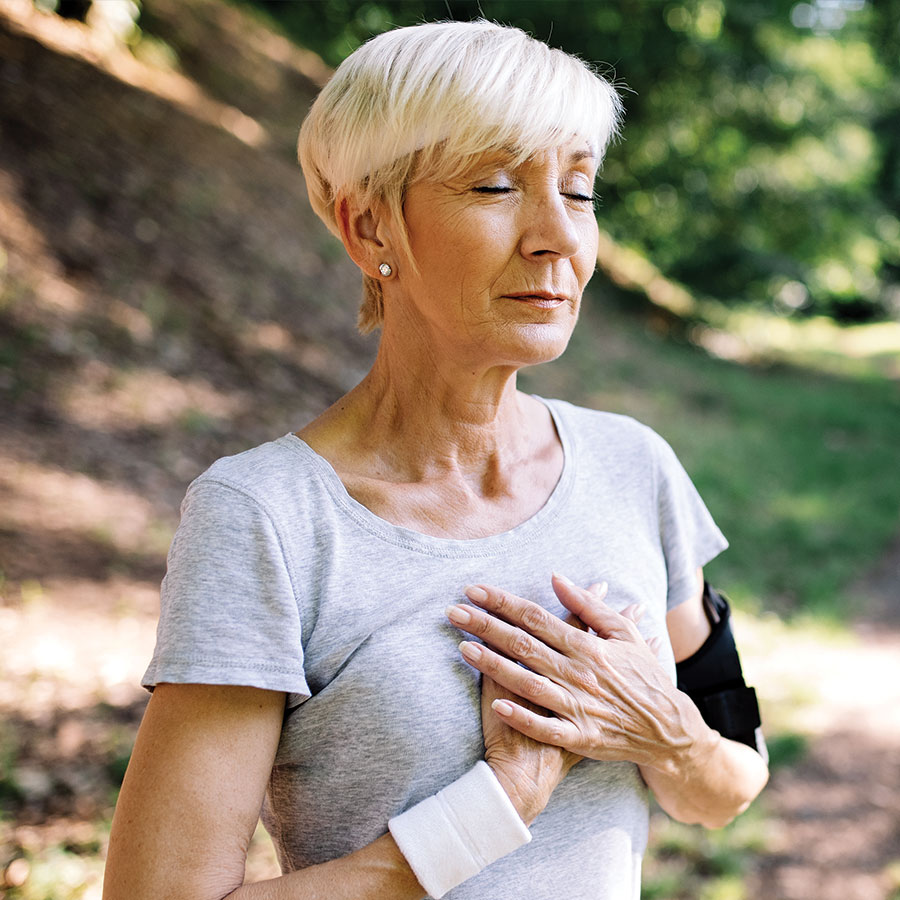 Currently, about 750,000 Canadians have heart failure, a chronic condition that kills 20 per cent more women than men in Canada, according to a new report. Photo: nd3000/Getty Images

Jackie Ratz woke up one morning and felt terrible. She had severe nausea, was sweating profusely and had crushing fatigue, which lasted for days. Because she’d had cancer when she was in her 20s, Ratz was worried that it had returned. But an EKG told a different story: Ratz, then 45, was in heart failure.

Currently, about 750,000 Canadians have heart failure. Every year, about 100,000 people in this country are diagnosed with the condition, and the numbers are growing.

“It’s one of the leading causes of hospitalizations and repeat hospitalizations in Canada,” says Dr. Christine Pacheco, a cardiologist at both Pierre-Boucher Hospital and the University of Montreal Health Centre. “And it’s not something we can cure.”

Heart failure occurs because the heart is either too weak (called reduced ejection fraction) or too stiff (preserved ejection fraction) to pump blood properly. Both can lead to shortness of breath, fatigue, swelling in the legs (for Ratz, it was swelling in the abdomen) and more. Ratz, now 54, developed heart failure as a long-term side-effect of the chemotherapy she’d had more than 20 years earlier — not unexpected, as she found out. “When I saw the cardiologist,” she recalls, “he looked at me and said, ‘You’re right on time.’”

A Heart and Stroke Foundation report on heart failure released Feb. 1 notes that an increasing number of Canadians are being diagnosed with the condition every year, and many have no idea what the disease is or what the symptoms are, even though it is so commonly seen in Emergency departments.

For one thing, post-menopausal women are more prone to high blood pressure, a major risk factor. They are also at higher risk of having atrial fibrillation, which can contribute to or be caused by heart failure. And, Pacheco adds, there are factors that researchers are only starting to understand: conditions during pregnancy, such as preeclampsia, high blood pressure, preterm labour and gestational diabetes have all been associated with a higher risk of heart failure later in life.

Women also tend to be older when they are diagnosed with heart failure so there are typically more underlying health issues. And they are under-diagnosed and under-treated. “They describe their symptoms differently,” Pacheco explains. “They often delay seeking medical attention, and there are delays in treating them.” In addition, more women than men have heart failure with a stiff heart, about which there is less understanding and fewer treatments.

“A lot is known about breast cancer, and that’s great,” she adds. “But women are actually five times more likely to die of a cardiovascular condition than of breast cancer.”

In the years since Ratz was diagnosed with heart failure, she has had to give up a career as a fashion buyer, that she loved. And living with heart failure is a full-time job. An implanted ICD helps her heart work properly, but every day she must take 10 medications, weigh herself and check her blood pressure. She does yoga and meditation to keep her stress level down, walks daily and eats a healthy diet. And yet her breathing ability is borderline for transplant consideration.

“Mentally the whole process has had a profound impact on who I am,” she says. “And I’m still managing through some of that as the journey doesn’t stop. Heart failure is a chronic illness, so you just keep going through it.”

Through it all, Ratz has found ways to help herself that are helping hundreds of other Canadian women with heart issues. One is starting a Facebook peer-support group, Canadian Women with Medical Heart Issues, that now has more than 850 members from around the country.

And she tirelessly advocates that women talk to their doctors about their individual risk for heart failure and other heart disease.

“As women we generally don’t take time for ourselves,” says Ratz. “But if we don’t care for ourselves, how can we expect to be able to take care of everyone else around us? I’m not sure how we’re going to get that through to women, but that’s a big one.”

Got Health Goals? Research-Based Tips for Adopting (and Sticking to) Healthy Behaviours