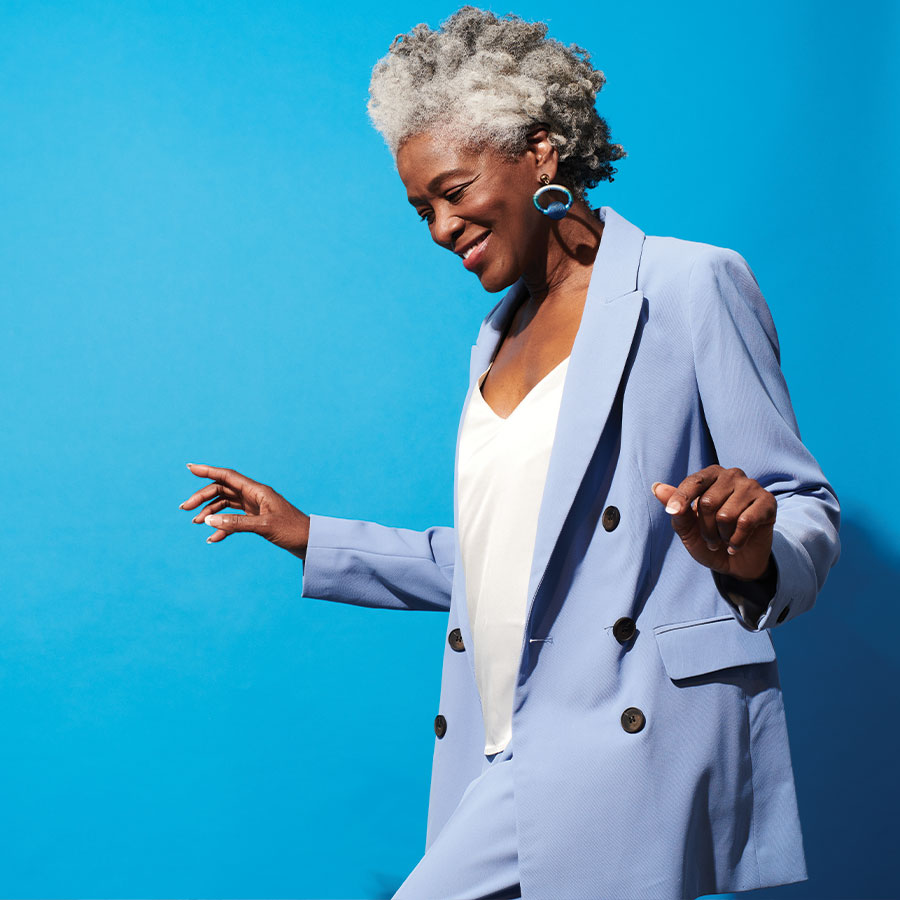 Longevity researchers continue to explore life extension, but there are plenty of strategies you can employ right now to enjoy a long, healthy life. Photo: Flashpop/GettyImages

Researchers all over the world are working on ways to help us live longer.

Some scientists believe most humans can probably live to 130 and possibly longer, reports Interestingengineering.com. “The human lifespan is due for an extension,” they say.

The science of longevity reaches from the depths of the seas, where the jellyfish could potentially live forever because of its age-reversing ability, to cutting-edge artificial intelligence that would have been considered sci-fi a decade ago.

There’s also a movement now to regard aging itself as a disease that may be prevented or treated.

Some people are already using off-label prescription drugs such as rapamycin and metformin which have been shown to have an anti-aging effect in animals, even though there’s little evidence healthy people could benefit.

However, multiple potential therapeutic interventions are being actively studied in clinical trials, giving rise to a whole new vocabulary for innovations in the field of longevity: NAD+ boosters, senolytics, rapalogs, geroprotectors.

And in late January, 2021, genes found to be linked to a longer human lifespan were reported by researchers at University College London in a new peer-reviewed Genome Research paper. The genes have previously been found to extend lifespan in small organisms, such as allowing fruit flies to live 10 per cent longer, but this is the first time scientists have demonstrated a link in people as well.

But it’s not just about what scientists in their labs can discover or develop to help us live longer.

There’s also considerable evidence-based research and observational studies about what you can do right now to enjoy a healthy, long life. Here’s a roundup.

Do This, Don’t Do That

A recent Johns Hopkins-led study of 6,200 men and women over eight years found that those who adopted four smart behaviours reduced the chance of death from all causes within that time frame by an astounding 80 per cent.

This is the most important one, researchers say.

Smoking affects coronary arteries and lungs, and smokers also have increased rates of cancer and risk of stroke.

The healthiest people in the study maintained a body mass index (BMI) of less than 25.

About 30 minutes of activity a day most days of the week are recommended. You can break it into three 10-minute bouts of activity per day.

Adopt the Lifestyle Habits of the Blue Zones

The Blue Zones are the hot spots of longevity in the world, as identified and reported by author and National Geographic Fellow Dan Buettner. He found places that not only had high concentrations of individuals over 100 years old, but also clusters of people who had grown old without health problems like heart disease, obesity, cancer or diabetes, reports National Geographic.

The Greek island Ikaria has some of the world’s lowest rates of middle-age mortality and dementia. Research links their increased longevity with their traditional Mediterranean diet — lots of vegetables and healthy fats, smaller amounts of dairy and meat products.

The highest concentration of men living to 100 or beyond was on the Italian island Sardinia, where the low-protein diet is associated with lower rates of diabetes, cancer, and death for people under age 65.

Some residents of Loma Linda, Calif., which has the highest concentration of Seventh-day Adventists in the United States, live 10 more healthy years than the average American by following a biblical diet of grains, fruits, nuts, and vegetables.

And in Costa Rica’s Nicoya Peninsula, where residents have the world’s lowest rate of middle-age mortality and the second highest concentration of male centenarians, their longevity is thought to be due in part to their strong faith communities, deep social networks, and habits of regular, low-intensity physical activity

Again, these are similar to other advice offered by experts regarding diet and lifestyle. According to the American Heart Association, 10 key features of a heart-healthy eating pattern can help reduce heart disease and stroke risk at all stages of life:

Balance food and calorie intake with physical activity to maintain a healthy weight.

Choose a wide variety and eat plenty of fruits and vegetables to get a full range of nutrients from food rather than supplements.

Include healthy sources of lean and/or high-fibre protein such as plant proteins (nuts and legumes), fish or seafood, low-fat or non-fat dairy, lean cuts of meat and limit red and processed meats.

Use liquid non-tropical plant oils such as olive or sunflower oils.

Minimize intake of beverages and foods with added sugars.

Choose or prepare foods with little or no salt.

Limit alcohol consumption; if you don’t drink, do not start.

And most important, apply this guidance no matter where food is prepared or consumed. Going out for dinner or grabbing a fast-food lunch doesn’t make unhealthy eating healthier. There’s no free pass for buffets, celebrations or vacations.

Eating walnuts daily lowered bad cholesterol and may reduce cardiovascular disease risk, heart disease and stroke, according to a study in the Circulation Journal. Healthy older adults who ate a handful of walnuts (about ½ cup) a day for two years modestly lowered their LDL cholesterol levels. “Eating a handful of walnuts every day is a simple way to promote cardiovascular health. Many people are worried about unwanted weight gain when they include nuts in their diet,” said study co-author Emilio Ros. “Our study found that the healthy fats in walnuts did not cause participants to gain weight.”

According to the American Heart Association, walnuts are especially high in omega-3 fatty acids, the same heart-healthy fat found in oily fish.

Also, people who drink up to eight cups of coffee  per day may slightly lower their risk of early death compared with non-drinkers, according to a large Harvard University study. And it doesn’t appear to matter if the coffee is caffeinated or decaf, brewed or instant.

The study analyzed data from about half a million Britons and found that the more coffee people drank, the lower their risk of dying during the 10-year study period. Drinking eight or more cups per day was linked with a 14 per cent lower risk compared with not drinking any coffee.

As well, drinking tea at least three times a week is linked with a longer and healthier life, according to a study published in the European Journal of Preventive Cardiology.

Recent research shows that certain personality traits we develop over the course of our lives may actually contribute to our longevity. And while many of us feel that our personality traits are deeply ingrained, it’s never too late to change. Experts suggest that we can adapt these positive traits even as we age. Support of friends and family, as well as therapy and coaching, including use of apps developed for this purpose, can help.

According to the experts, those who live long lives often cultivate these five personality traits

Those who are conscientious often live longer. “It’s probably the best silver bullet we can hope for,” Nicholas Turiano, psychology professor at West Virginia University, told Time magazine. Developing conscientious traits (being organized and responsible) makes us diligent about what we eat and how much we exercise. They also seem to have better coping strategies for stressful situations, said Turiano, which may help slow down aging.

Having clear goals and strategies for reaching them is another good quality for achieving longevity. Being purposeful can give you more energy and help you recover faster from aggravations.

Viewing the glass as half-full and finding the silver lining is associated with exceptional longevity, according to research by Lewina Lee, a psychologist at Boston University. This could include viewing the aging process enthusiasm rather than dread. “I would think that optimistic people tend to feel more confident about their ability to accomplish goals as they age,” said Lee in the same Time article. In fact, people who see the positives in aging live an average of 7.6 years longer. Yale University psychologist Becca Levy says they enjoy this longevity advantage due to exercising more and eating healthier.

Maintaining relationships and being sociable and outgoing is another trait that can lengthen your span of health. “The link between social relationships and longevity is as strong as cholesterol levels or smoking,” University of California psychology professor Susan Charles told Time. “It’s a huge effect.” Joining groups, teams and volunteering can provide benefits.

5. A Lack of Neuroticism

Those who don’t let aging bother them tend to stay calm, cool and cleected. “They’re less likely to report feeling ecstatic or so sad that nothing will cheer them up,” said Charles. That tranquility is easier on the heart and supports better sleep, which helps with longevity. Nevertheless, “you need a little challenge for optimal well-being,” she noted. The most common source of stress is other people, she added, but those who age successfully get the benefits of socializing without feeling threatened or exasperated by others. Hostility, for example, has been associated with cardiac problems. Other neuroses, including anxiety and depression, are also linked to faster aging.

Clock This: 3 Easy Longevity Bets by the Numbers