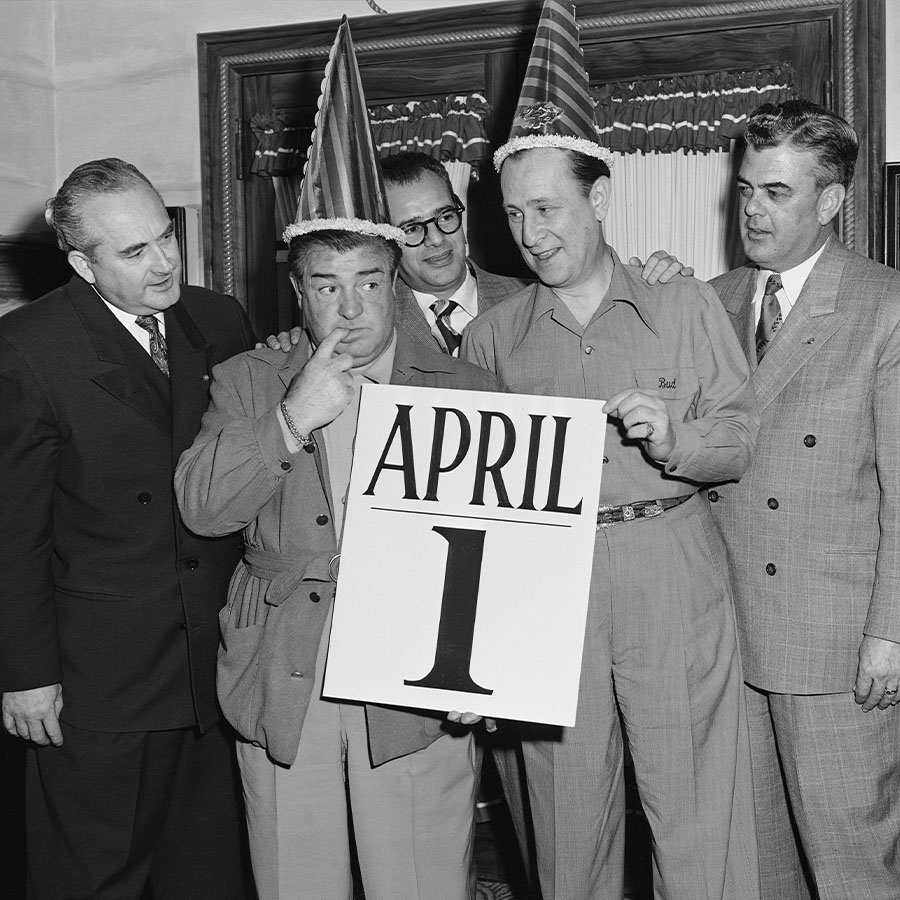 The recipe for a successful April Fools’ prank is simple: one part clever gag, one part unsuspecting victim. Each year, great pranksters around the world rise to the challenge and exploit the trusting nature of their friends, colleagues and, sometimes, even their whole country with hilarious ribs. So from the famed spaghetti tree prank to the “invention” of aromatic television — not to mention the April Fools’ trick a French pilot played on German forces during the First World War — join us on our tour of global gullibility.

The Pen Is Mightier Than the Sword

The Prank: If you think England’s tabloids publish unsubstantiated stories today, you wouldn’t believe what made headlines in the early 18th century. It revolves around a man named John Partridge, who History.com describes as “a famous astrologer who sold bogus predictions to the public in almanacs.” In March, 1708, satirist and poet Jonathan Swift made a prediction in his own almanac, and under the guise of a fictional astrologer named Isaac Bickerstaff, that John Partridge would die on March 29. On March 29th, Swift, as Bickerstaff, published a eulogy for Partridge, leading the public to believe he’d not only died, but confessed to fraudulent predictions on his deathbed.

Of course, Partridge wasn’t dead, though he apparently had a remarkably difficult time convincing others of that — even when he showed up in person on All Fools’ Day, the precursor to April Fools’ Day. As History.com reports, “Partridge angrily published a pamphlet saying he was alive, and Swift again publicly asserted that Partridge was dead, and claimed Partridge’s pamphlet was written by someone else,” a ruse that ultimately discredited Partridge for the rest of his career.

For all his notoriety as an “astrologer,” Partridge never saw that one coming.

The Gutsiest Prank Ever

Prankster: A French pilot willing to go to great lengths for a wartime prank

The Prank: Yes, even in the throes of war, some find the time to pull an April Fools’ hoax on others. You have to be really gutsy, however, to prank the enemy. That’s what one French pilot did during the First World War.

According to the Midland Daily Telegraph (which you can see in the tweet below) this brave joker flew over a German army camp and dropped a fake bomb directly into it, terrifying the enemy soldiers.

The bomb, however, turned out to be a football with the message “April Fool! Gott strafe England” written on it.

Three years later, however, the French helped present the German army with another document: the Armistice agreement. And that one was certainly no joke.

The Ol’ Spaghetti in a Tree Gag

The Prank:  On April Fools’ Day, 1957, a BBC program called Panorama explained how an unusually warm winter spelled the demise of Switzerland’s pesky spaghetti weevil. As such, the report went, the presence of the mild weather and the absence of the spaghetti weevil resulted in a fantastic spaghetti harvest — complete with images of the Swiss picking spaghetti from the pasta-bearing spaghetti trees.

The story — which you can watch above —  explained the intricacies of  spaghetti harvesting and how generations of spaghetti farmers managed to produced strands that all measure the same length.

Of course, it’s one thing that some people believed this “news” report. But the BBC notes that some viewers “were so intrigued they wanted to find out where they could purchase their very own spaghetti bush.”

The Prank: If you’re the only television station in the country, why not mess with your viewers? What are they going to do, change the channel?

In 1962, Sweden’s sole TV station only broadcast in black and white. So on April Fools’ Day, the broadcaster trotted out an “expert” who suggested viewers who longed for a more modern touch could “colourize” their TV by stretching nylon stockings across their screens.

According to Vintage News Daily, the expert, named Kjell Stensson, advised that, once the nylons are applied to the television set, “the viewer would have to be seated at the correct distance from the screen in order to get the full effect. Also, it might be necessary to ‘move your head very carefully’ back and forth, in order to align the colour spectrum.” You can watch the original broadcast below, though it’s, of course, in Swedish.

As it turns out, more than a few Swedish TV viewers fell for the ruse.

The Prank:  On April Fools’ Day in 1965, the BBC announced that they’d essentially broken the fourth wall by inventing “smell-o-vision.”  The broadcaster aired a report featuring a professor who suggested he could use a special machine to transmit the scents of various foods into viewers’ homes through the television.

Essentially, he put coffee and onions into a special machine that was meant to transmit the smells, and then asked viewers to report whether or not they smelled them. As The Museum of Hoaxes notes, the professor declared that “for best results stand six feet away from your set and sniff.”

As ridiculous as this sounds, many viewers actually claimed they “smelled” the food at home, or that the onions made their eyes water.

Remember, too, that this occurred in 1965, a mere eight years after some of these same viewers no doubt also tried to plant and grow their own spaghetti.

Victims: You guessed it — the British

The Prank: According to the April 1, 1981 issue of The Daily Mail, a language barrier caused a Japanese participant in the London Marathon to misinterpret the run’s 26-mile length as 26 days. The paper reported that the participant, named Kimo Nakajimi, had just kept on running long after the race finished and, in fact, was still out there running. It added that concerned citizens saw him running in the streets but failed in their efforts to stop him.

The Prank: The next time you hold a hamburger, try switching it from hand to hand and see if you experience any difficulty. Evidently, enough Americans thought this to be an issue because they got pretty excited when an ad for Burger King’s new left-handed Whopper appeared in the April Fools’ Day edition of USA Today. What made it left-handed, you ask? As the ad noted, “all condiments [were] rotated 180 degrees, thereby redistributing the weight of the sandwich so that the bulk of the condiments will skew to the left, thereby reducing the amount of lettuce and other toppings from spilling out the right side of the burger.”

As a general rule, anyone who uses the word “thereby” twice in one sentence should never be trusted. But the best part is that people flocked to the burger chain to try the new left-handed Whopper — while others specifically requested the right-handed version — until Burger King revealed the hoax the next day.

The CBC Isn’t As Good at Pranks as the BBC

The Prank: For all the laughs we’ve had at the expense of other countries, Canadians are certainly not immune to April Fools’ jokes. The only difference, it seems, is that we don’t get fooled — we get angry.

During a 2001 CBC radio interview, former U.S. President Jimmy Carter discussed the lumber industry in Canada, leading to an unpleasant verbal exchange with host Michael Enright. The host, ultimately, called the former POTUS “a washed-up peanut farmer from Hicksville,” after which Carter stormed off air.

Of course, Jimmy Carter never actually appeared on the CBC program — actor Ray Landry portrayed the former POTUS. Still, the CBC fielded many furious phone calls that day. Some, of course, were from people who believed Enright had blatantly insulted a former United States president on air. But other callers knew it was an April Fools’ joke and complained that the CBC would take part in it.

Even worse, no one at the Globe and Mail listened long enough to hear the admission of the prank, as they ran a story on what they believed was a real verbal exchange on the front page of their paper the following day. They eventually published an acknowledgement of the mistake.

So much for a harmless April Fools’ Day prank.

A version of this article was published in March 2018.