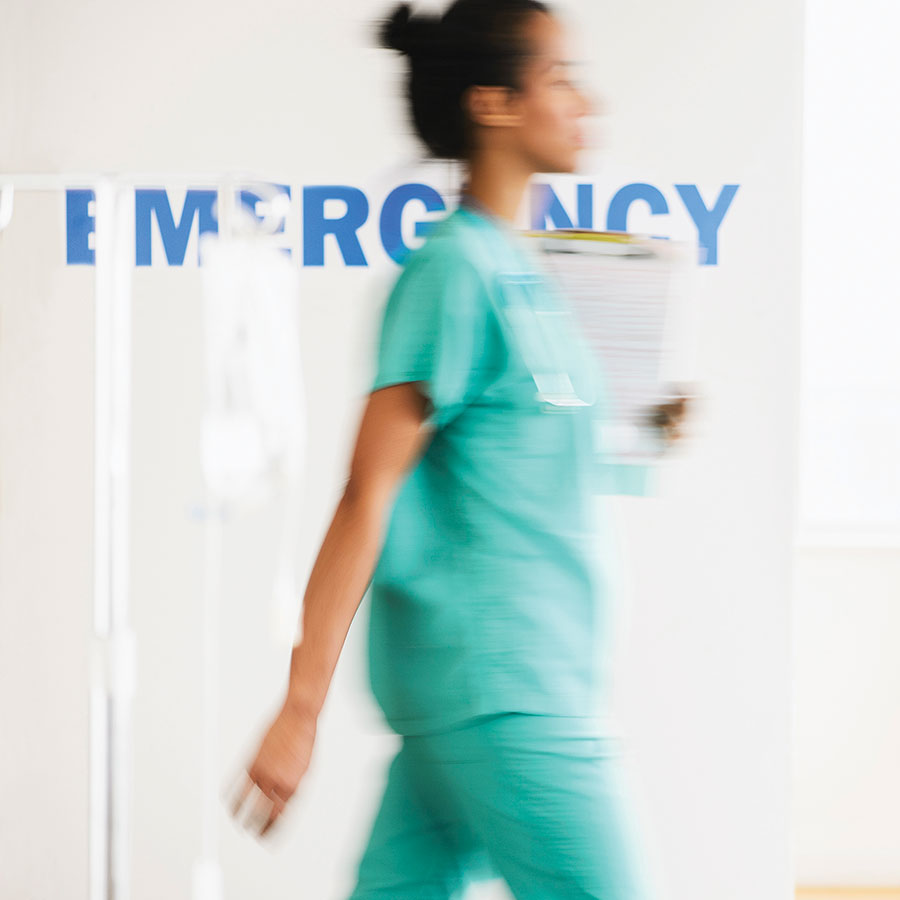 Dr. Zachary Levine gives us the 911 on a 77-year-old man who arrived at hospital experiencing weakness and chills — and was diagnosed with bacteremia or bacteria in the blood. Here, how early medical intervention helped the patient recover from the life-threatening infection.

A 77-year-old man came to the hospital with chills and general malaise. Overall, he was well, but a week earlier he had had a urinary catheter inserted because he couldn’t urinate. He was also diagnosed with benign prostatic hyperplasia (BPH) and started on medications to help him urinate. The catheter was left in as he awaited a followup appointment with the urologist.

When he arrived at the hospital, he had been feeling weak and tired, with occasional chills for the last 24 hours. He had no pain, nausea or vomiting, shortness of breath or flu-like symptoms. He knew who and where he was, but he did not know the month or year, which was abnormal for him.

The patient had a low-grade fever of 38.2 Celsius, a heart rate of 110 (elevated), a blood pressure of 95/64 (on the low side), and an oxygen saturation level of 97 per cent (normal). Given his fever, tests were ordered to look for the source of a possible infection, including blood cell counts, kidney function, urinalysis, chest X-ray, and blood and urine cultures. In the meantime, his condition worsened, with his temperature rising to 38.8C, heart rate to 120, and blood pressure decreasing to 89/56. His family said he had had little to eat or drink in the preceding few days. While waiting for the results, the doctor prescribed one litre of saline, given intravenously, and started broad-spectrum antibiotics. The patient’s heart rate lowered to 104 and his blood pressure rose to 100/76.

The test results showed elevated white blood cells at 15 (which can indicate infection); elevated creatinin at 110 (which reflects impaired kidney function), assumed to be from relative dehydration; a urinalysis positive for some white blood cells and nitrites (which can indicate urinary infection); and a normal chest X-ray. The patient was admitted to hospital, where treatment with antibiotics and fluids continued. One day later, both blood and urine cultures showed E. coli bacteria, and the antibiotic was adjusted.

The patient had bacteremia, or bacteria in the blood, which indicates severe infection, and urosepsis, which comes from the urinary system. Sepsis, the body’s response to an infection, is a potentially life-threatening condition that can have numerous symptoms including fever, high heart rate, low blood pressure and confusion. Rapid treatment is the key to better outcome. The patient was predisposed to a urinary tract infection because he had had a catheter inserted, which was necessary, but does increase the risk of infection. Sometimes, especially in older adults, the only symptoms can be weakness and/or confusion.