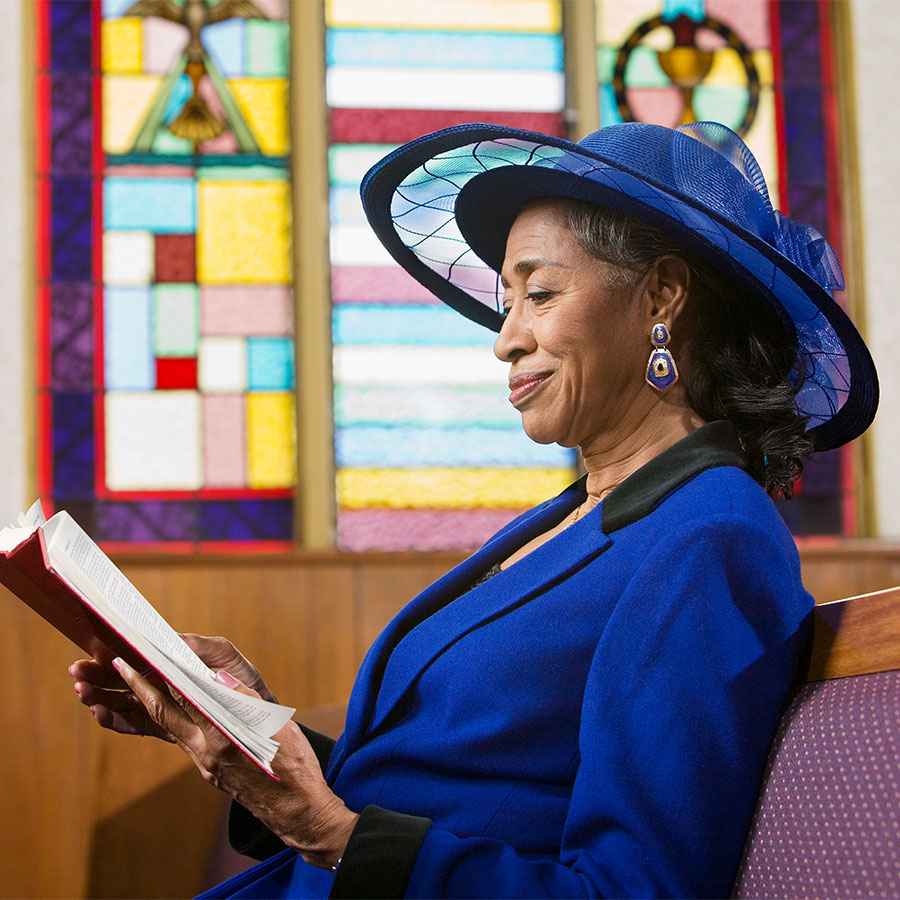 According to a Harvard study, women who attended more than one service per week had a 33% lower risk of premature death. Photo: Hill Street Studios/Getty Images

In connection with the research I’ve been doing for my third book, now in progress, I’ve been looking into the correlation between religious faith and longevity, and I found this interesting article, which refers to this Harvard study. (There are actually numerous articles referring to this study; you can find more coverage here, here and here.)

The majority of women in the study were Christian; about 2 per cent were Jewish.

The study used evaluative criteria to statistically rule out the possibility of reverse causation — i.e., that healthier people go to church more often than unhealthy people in the first place. Some other variables may have been at play, however, including the fact that regular church attendance means the presence of a social support network and the fact that the churchgoers tended not to smoke, compared to non-attendees.

“Frequent attendance at religious services was associated with significantly lower risk of all-cause, cardiovascular, and cancer mortality among women. Religion and spirituality may be an underappreciated resource that physicians could explore with their patients, as appropriate.”

Many other studies have found important correlations between the presence of strong social networks (implicit in regular church attendance) and longevity. Regular church attendance might also promote greater peace of mind and less stress, and there is a growing body of research suggesting a relationship between lower levels of stress and longevity. One study found that women under chronic stress had significantly lower levels of klotho, a hormone that regulates aging and promotes cognition.

Clearly, longevity can be a matter of mind just as much as body, and I expect more research of this kind in the future — not just about church attendance, but other forms of community and social interaction. You can be sure I will keep watching and reporting — this is important because it speaks to actions we can choose to do, rather than just passively wait for revolutionary new remedies from the labs (though those are certainly coming, too).

David Cravit is a Vice President at ZoomerMedia, and Chief Membership Officer of CARP. He is also the author of two books on the “reinvention” of aging. You can check out some of his other writing here.

Clock This: 3 Easy Longevity Bets by the Numbers